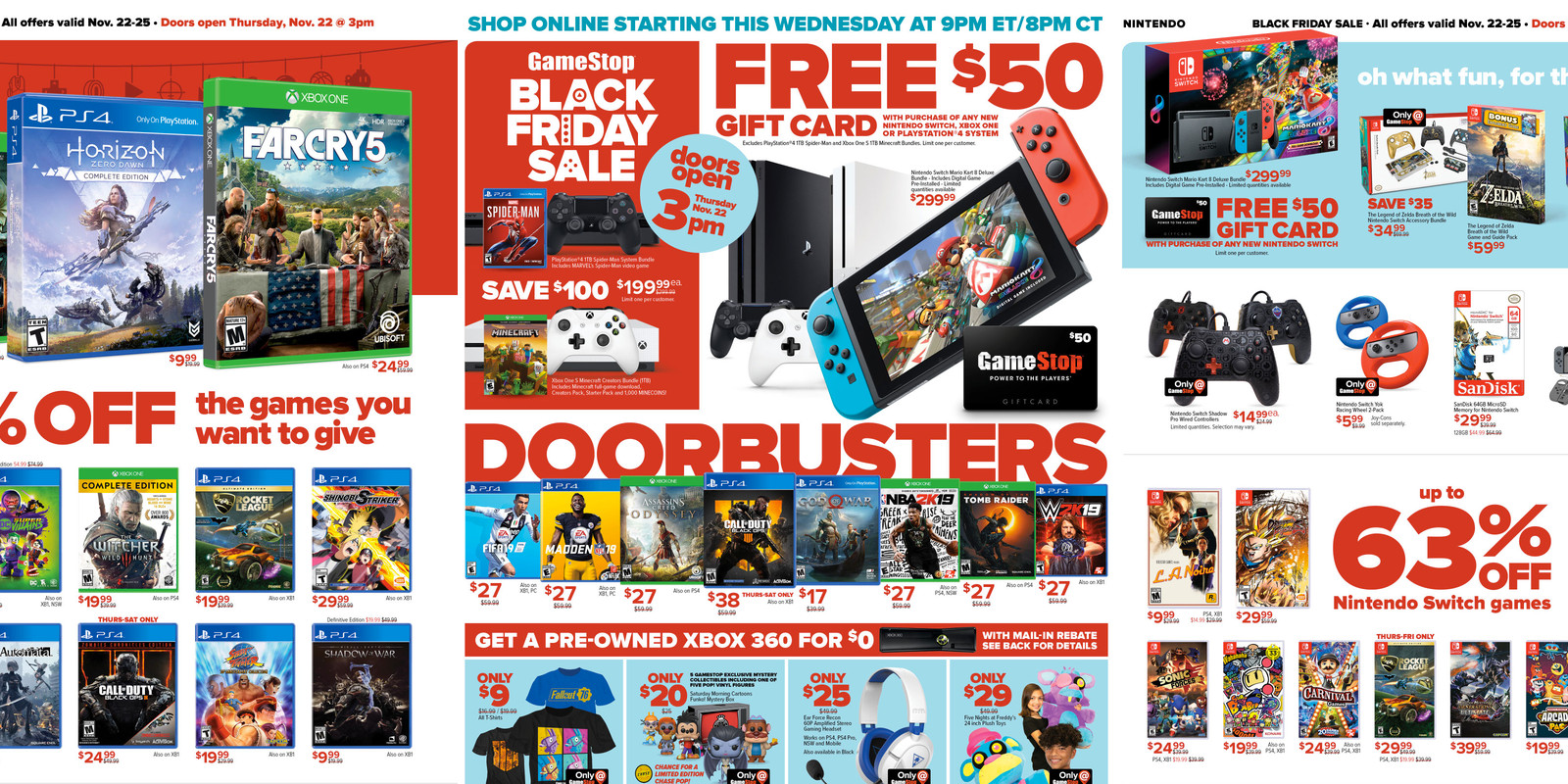 We got a good look at what’s to come in the preview flier, but we now have some early details on the complete GameStop Black Friday ad. And it’s a good one. While many of the best Black Friday gaming deals are already live right here and here, GameStop has a few exceptional offers starting this Thursday (or sooner). Head below for everything.

The in-store deals are kicking off from 3pm to 10pm at GameStop brick and mortar locations. On Black Friday, stores will be open from 7am until 10 pm and then from 10am until 9pm on November 24th and 25th.

However, online shoppers can get in much earlier starting first thing on November 21st right through to the 25th, according to the official GameStop Black Friday ad. Head below for all of our top picks.