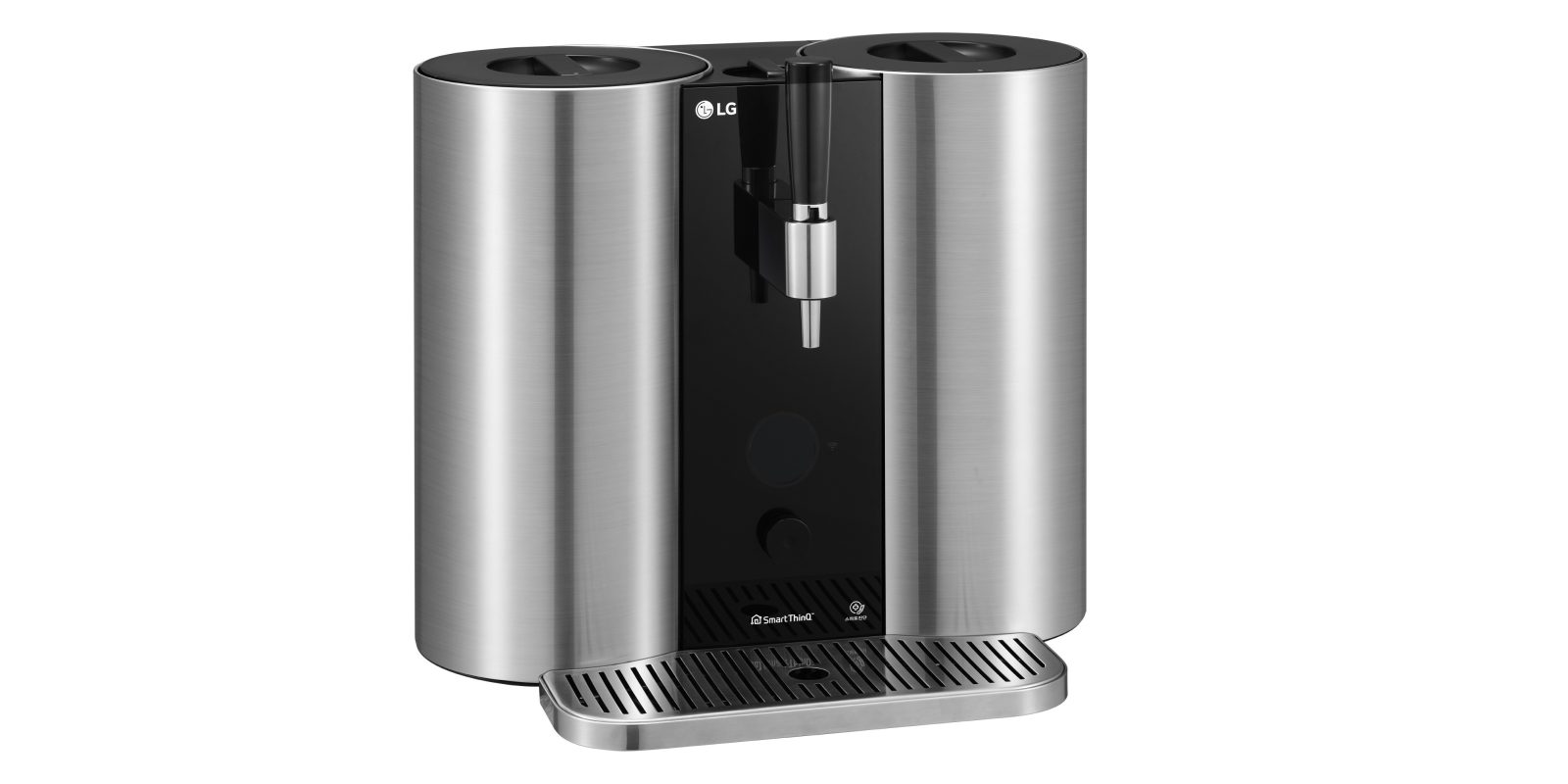 We’re under a month away from CES, the annual gathering of the biggest names in tech out in Las Vegas. As usual, some new products are already beginning to be teased ahead of January’s event. One such offering is from LG, who is entering the ever-expanding craft beer market with a new at-home system. LG is looking to the popular capsule strategy made famous by Keurig for its new home brewing system. It’s expected to be unveiled in full at CES but we’re already getting a quick glimpse today of the new LG HomeBrew system.

At-home brewing has seen a rebirth in recent years as the craft beer industry has simultaneously taken off. Something that was once seen as a hobby decades ago has moved beyond amateur status into something more consumers are doing than ever before. Systems from PicoBrew provide step-by-step instructions and subscription plans for crafting your own beers at home. It’s no surprise that this trend has caught the eye of LG, which is planning to unveil its own system at CES 2019.

LG HomeBrew will arrive in Las Vegas with a sleek aluminum design that is built around a capsule-based system. Much like those Keurig brewers that have enjoyed so much success over the last decade, LG see its new home brewery as an easy-to-use system that will hopefully not intimidate consumers.

Of course, like any good product release, there is smartphone control here. Users will be able to check in on the status of their brews and change other settings, as well.

Brewing without the hassle

Each capsule will arrive with all of the necessary ingredients to start the brewing process. That includes malt, yeast, flavoring, and all of the oils associated with home brewing. LG will offer five beers at launch, including a pale ale, Belgian, stout, and more.

Obviously food service isn’t exactly thought of when you think of LG. So it will be very interesting to see how the ingredients are sourced as we can’t imagine LG doing this in-house. A subscription model seems to be the most natural fit for this new venture, as it’s easy to see LG shipping capsules on a monthly basis to customers. Early reports say that the machine will take up to two weeks to produce a five liter yield.

Final pricing has yet to be announced on the LG HomeBrew. Our guess is somewhere around $500, but really it’s tough to say when a brand is making its first foray into a new product category.