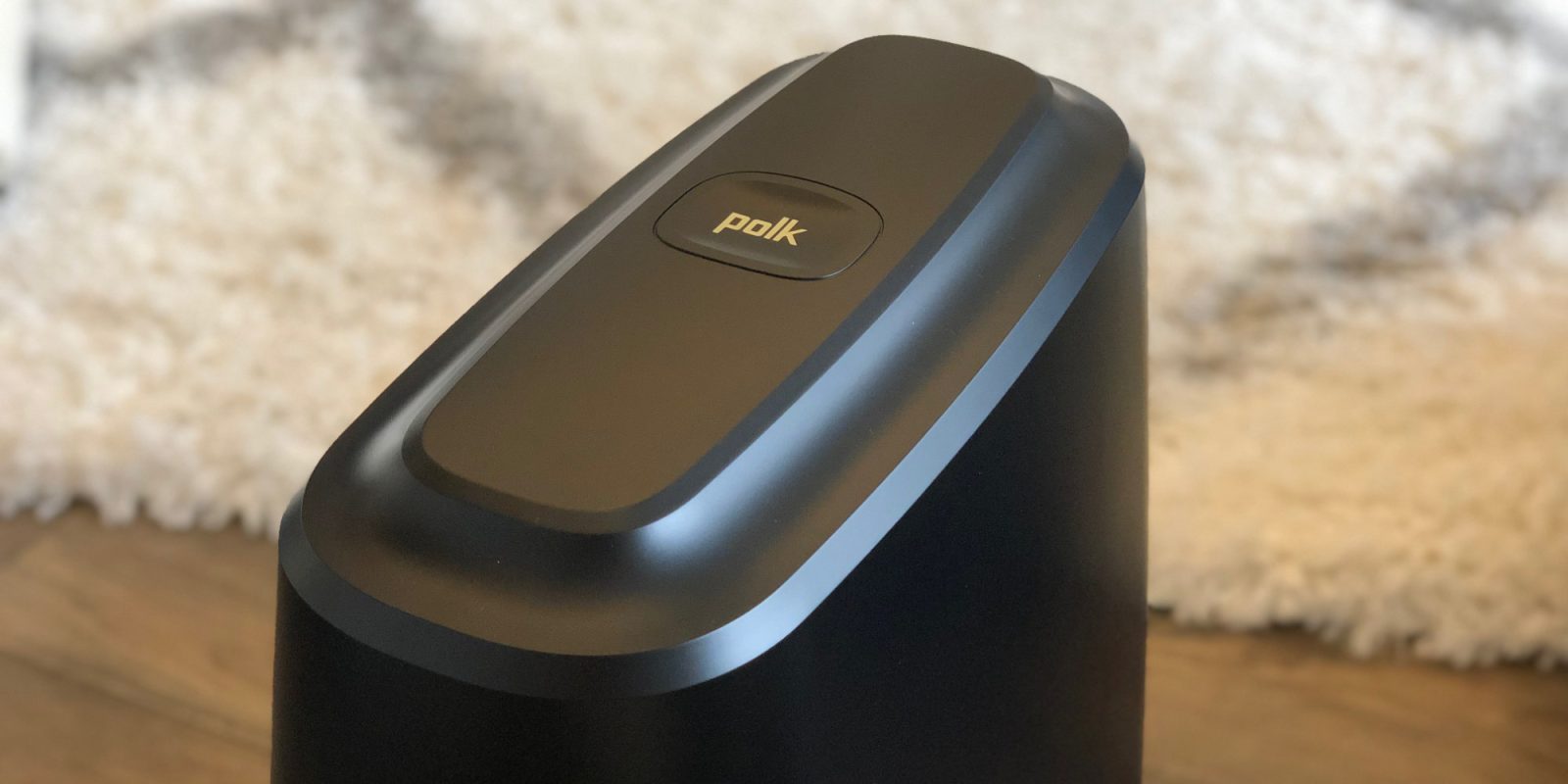 I’ve been using the Polk Audio Command Bar for several weeks now. While no one can argue that there is a shortage of sound bars on the market today, finding a solution with Alexa baked-in is an entirely different story.

Many will wonder if paying a premium to have Alexa in a sound bar is worthwhile. The answer largely depends on how much your household relies on Amazon’s voice assistant. If everyone is used to conversing with Echo Dots (as am I), then it could offer increased convenience for those in your home.

Considering that I recently dove headfirst into the Amazon Echo ecosystem, it only makes sense that I would be excited at the opportunity to review the first Alexa-equipped sound bar to support Amazon’s Multi-Room Music (MRM) feature.

Since buying several of Amazon’s Echo devices, I’ve grown accustomed to playing music throughout my home using multi-room speaker groups. Apple Music is my preferred audio source, but quickly found that I had to resort to other services as this Alexa sound bar is not yet capable of working with that skill. 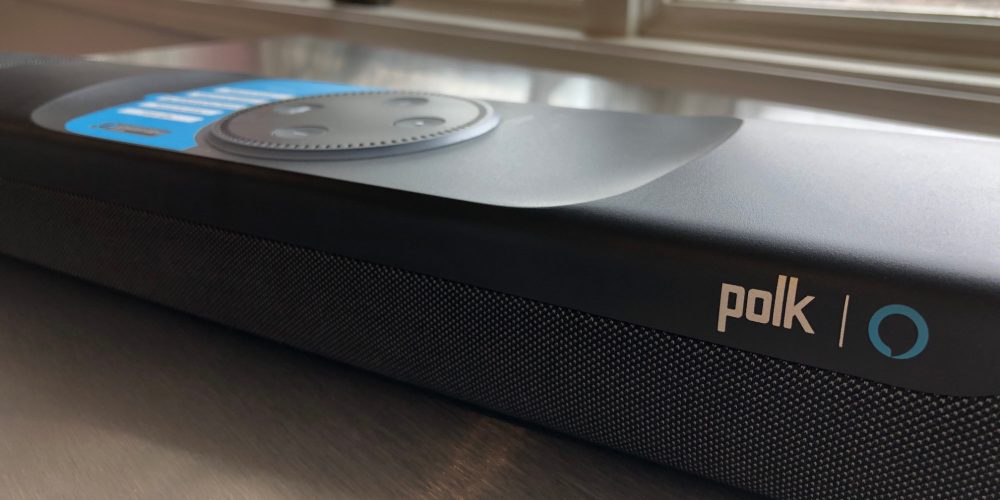 Setting this disappointment and frustration aside, using the Command Bar has been a delight as I’ve been able to adjust settings via Alexa. Incredible microphones have let me tweak volume, bass, and more while content is actively being played.

It took me a minute or two to hook the Polk Command Bar up to my projector. Once that that part was done, I downloaded the Polk Connect app to my iPhone, followed the setup prompts, and was good to go. The Command Bar and wireless subwoofer paired without a single step required from me. 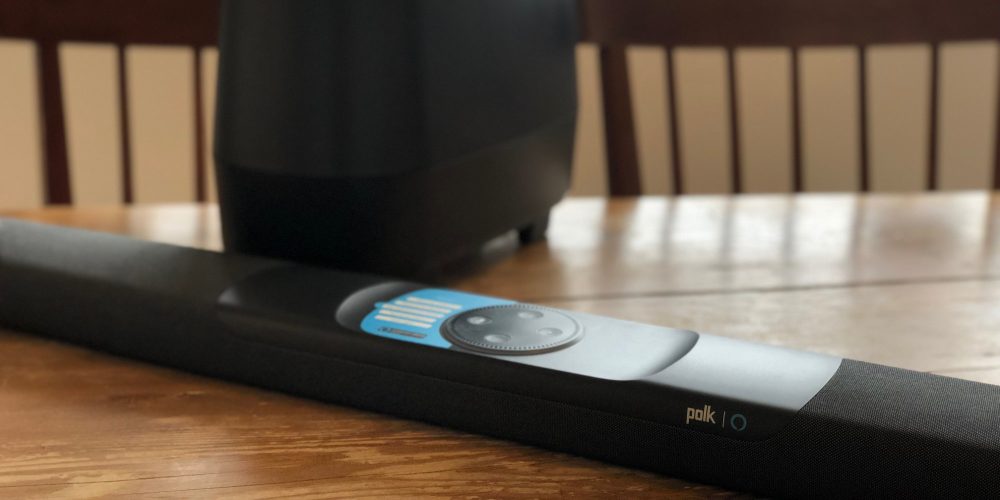 While I do not consider myself to be an audiophile, I certainly noticed an increase in audio quality coming from the Vizio sound bar that I had hooked up prior. Songs which I’ve played many times before had a bit more clarity and detail that was lost on the bass-heavy sound bar I was used to.

The remote that Polk Audio ships alongside its Command Bar feels nice in the hand and is laid out well. That being said, tremendous microphones paired with Alexa support allowed me to live mostly without it. This is a wonderful experience and makes the case for more sound bars to add voice assistants. 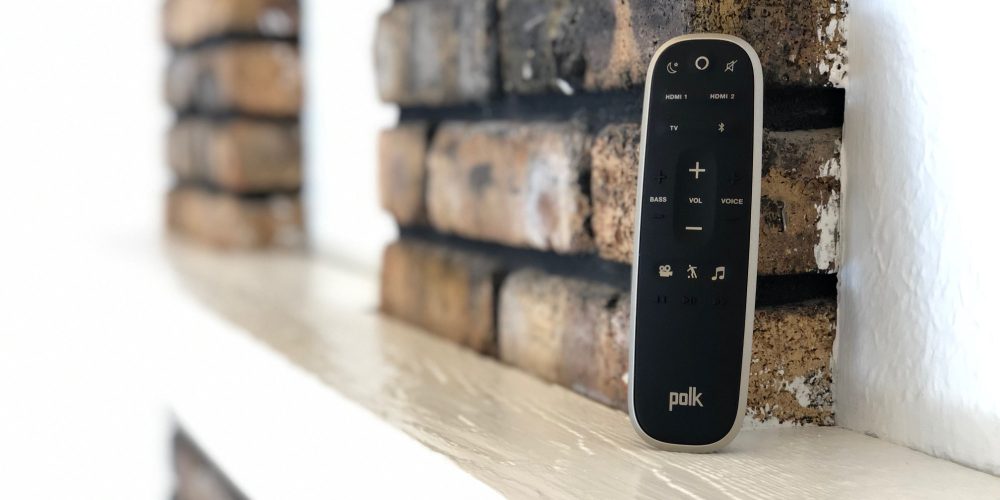 If your household is fully immersed in the Amazon ecosystem, I’d highly recommend giving the Polk Audio Command Bar a shot. Respectable, well-balanced audio quality, incredible microphones, and the ability to use Alexa for tweaking settings, toggling lights, and more, make this a worthy addition to most smart homes.