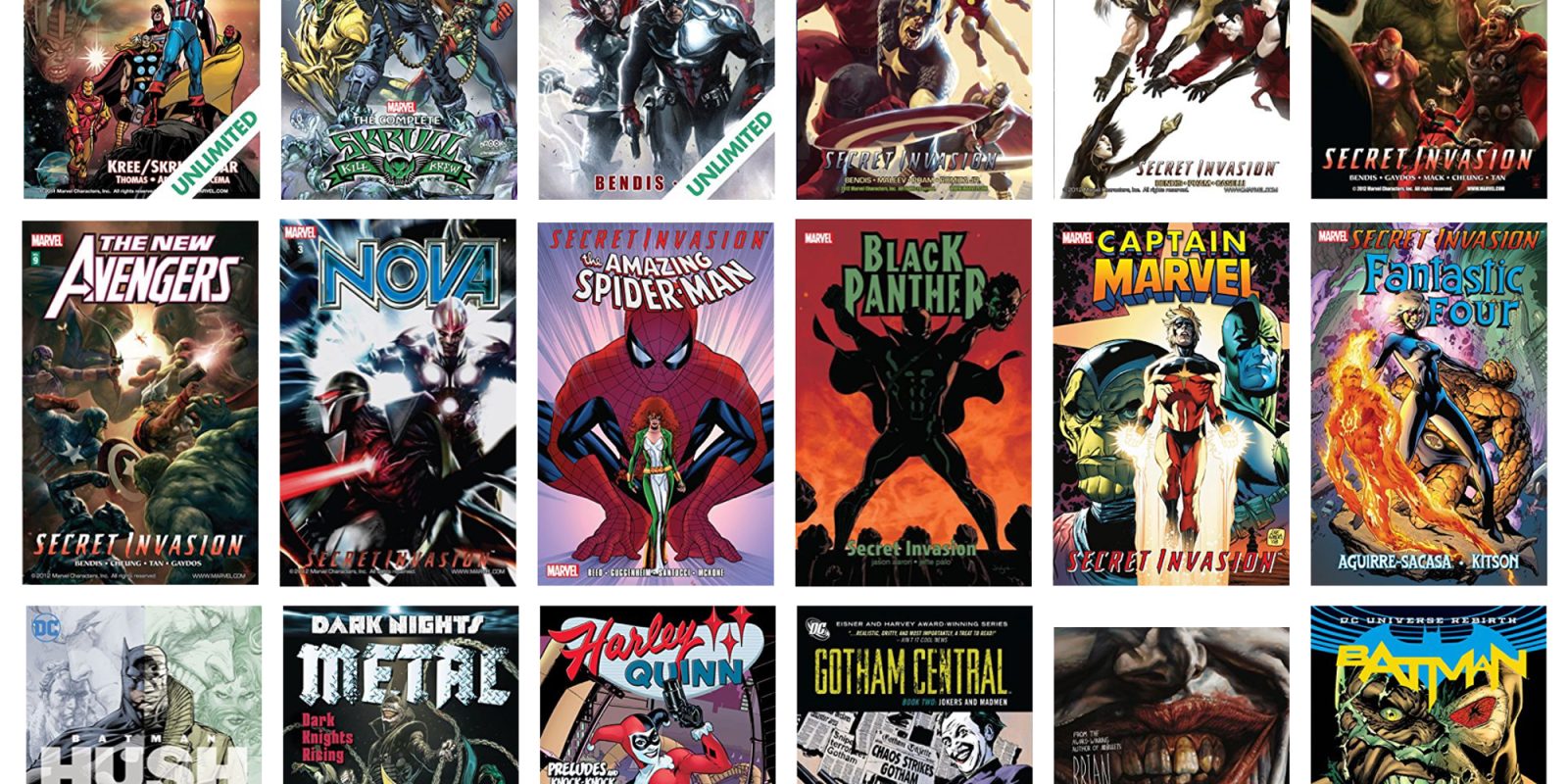 ComiXology is currently taking up to 70% off a selection of Marvel Skrulls digital comics starting at under $1. The Skrulls just made their Marvel Cinematic Debut in Captain Marvel this past weekend. So if you’re looking to read up on similar stories, this sale is just for you. One standout for us is Avengers: Kree/Skrull War at $5.99. That’s $11 off the going rate and one of the best prices we’ve seen. This graphic novel follows Earth’s Mightiest Heroes as they find themselves caught up in a massive war between the Kree and Skrulls. Check out the entire sale for yourself here or hit the jump for additional top picks.

ComiXology is also taking up to 83% off a variety of Batman Villains-centric comics starting at $1. There’s a large batch of single issue comics, graphic novels, fan favorites and more in the sale. So be sure to peruse it all here, or head below for our top picks.

And don’t forget that you can currently save up to 86% on Captain Marvel comics from $1 as well. If you saw the latest MCU film debut this past weekend and are craving more of the fearsome hero, then this sale is a perfect way to hold yourself over until Endgame.

Want to add over 15,000 comics to your library for just $6? Comixology Unlimited gives you on-demand access to a huge lineup of titles from Marvel, DC, Dark Horse and more for just $6 per month.

Other notable comics in today’s sale:

A conflict of star-spanning proportions – with Earth caught in the crossfire! For those eternal intergalactic enemies, the merciless Kree and the shape-changing Skrulls, have gone to war, and our planet is situated on the front lines! Can Earth’s Mightiest Heroes, the Avengers, bring about an end to the fighting before humanity becomes a casualty of war? And what good are even a dozen super-powered champions against the vast military machines of two of the great empires of the cosmos? The key to victory lies with the expatriate Kree Captain Mar-Vell and his human host, honorary Avenger Rick Jones! Featuring the trend-setting artwork of Neal Adams, the Kree/Skrull War is universally acknowledged as one of the finest and most important sagas in the Marvel canon.

Get a first look at five upcoming LEGO Avengers: Endgame kits with new minifigures and more https://t.co/bRxOdzlXyN by @blairaltland pic.twitter.com/dxQ8Jg6Vwt