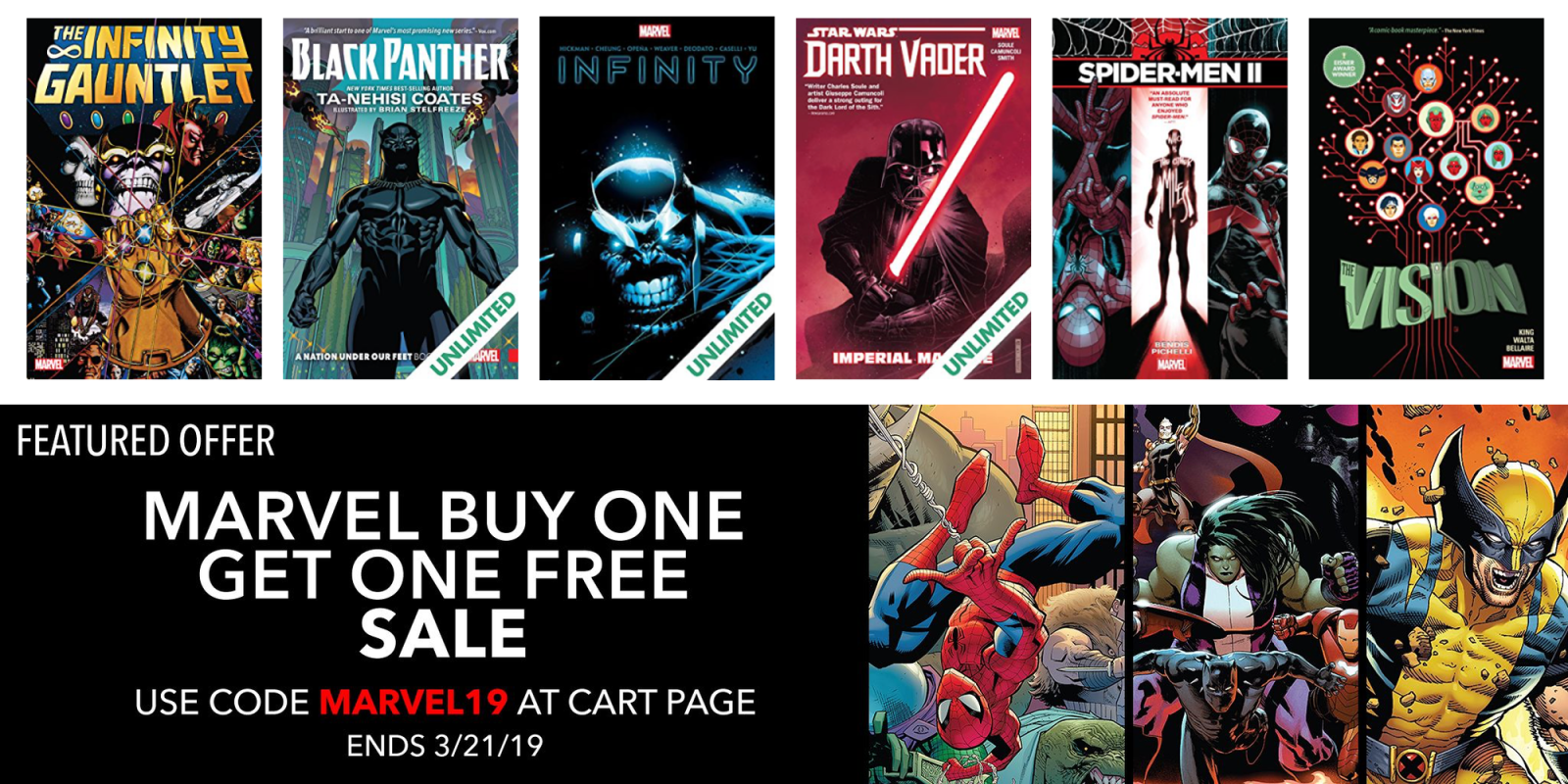 Following yesterday’s 50% off Dark Horse sale, ComiXology is now turning its attention to Marvel with a buy one get one free sale when code MARVEL19 has been applied at checkout. There’s a wide selection of available titles from the Avengers, Star Wars and more. When you buy one comic, you’ll get another of equal or lesser value for free. One standout for us is on Infinity for $34.99. Paired with a novel like Thanos Rising or Infinity Gauntlet, these comics are a great way to wait out the remaining month under Endgame comes to theaters. Head below for some other notable picks or shop the entire sale right here.

Thanos makes his world-shattering return, and his armies fire the opening shots of a galactic war that will be fought both on Earth and in deep space – with our heroes caught between both battles! As the mad Titan’s secrets are revealed, the Inhumans’ city of Attilan falls, and the members of the Illuminati find themselves on the front line! And as every Origin Site on Earth goes active, the Builders enter the Marvel Universe. But can the Avengers return to Earth in time to save it, when betrayal in the Galactic Council has left them prisoners of war?

BOGO Free
You’re reading 9to5Toys — experts digging up all the latest technology and lifestyle deals, day after day. Be sure to check out our homepage for all the latest news, and follow 9to5Toys on Twitter, Facebook, and LinkedIn to stay in the loop. Don’t know where to start? Check out the best Apple deals, our daily podcast, and subscribe to our YouTube channel