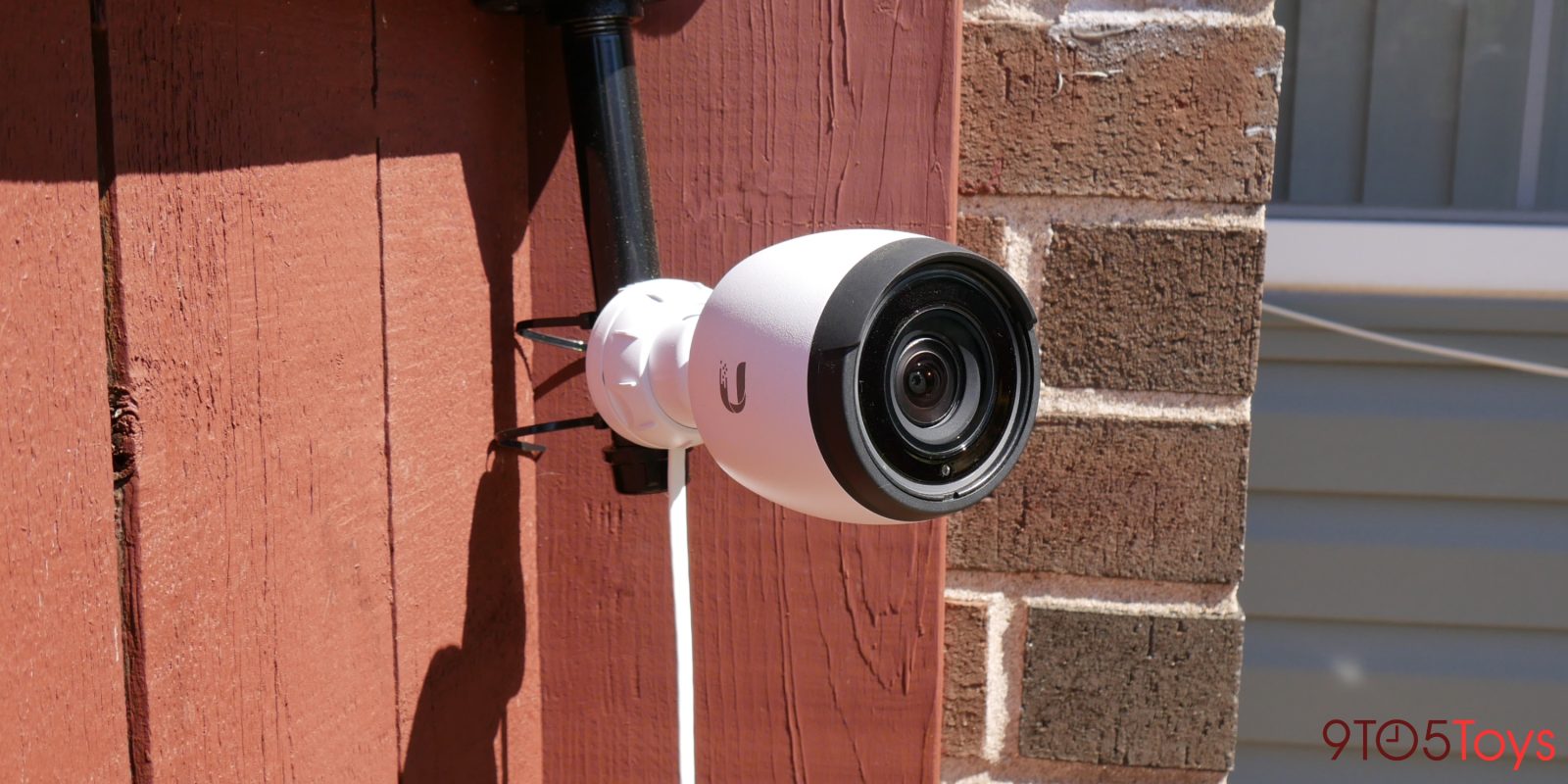 Smart security cameras have flooded the market as of late, all offering various features and differing levels of surveillance. For those already invested in Ubiquiti’s line of networking gear, the company’s more recent UniFi Protect security cameras are certainly a compelling option. The system brings with it a wealth of notable inclusions from intuitive setup and flexible coverage to free, privacy-centric hybrid cloud storage and more. Head below for our case on why these cameras shine as a prosumer’s ideal security setup and for how to get started.

I’ve tried out various security cameras over the years, but ultimately they end up in storage. From the low-cost Wyze Cam to rolling my own HomeKit camera with a Raspberry Pi, none ever proved useful or convenient enough to stick around long term. Of course, that changed with UniFi Protect.

Lately I’ve been embarking on a quest to fully deck out my apartment in Ubiquiti gear. This endeavor has reached the security aspect of my setup, which is where UniFi Protect security cameras aptly enter.

Officially launching back in early 2019, Ubiquiti debuted UniFi Protect to go alongside its Video platform. Having been rolled out over the past several months, we’ve seen quite a few additions like iPad support, improved notifications and more.

What perks does UniFi Protect offer? 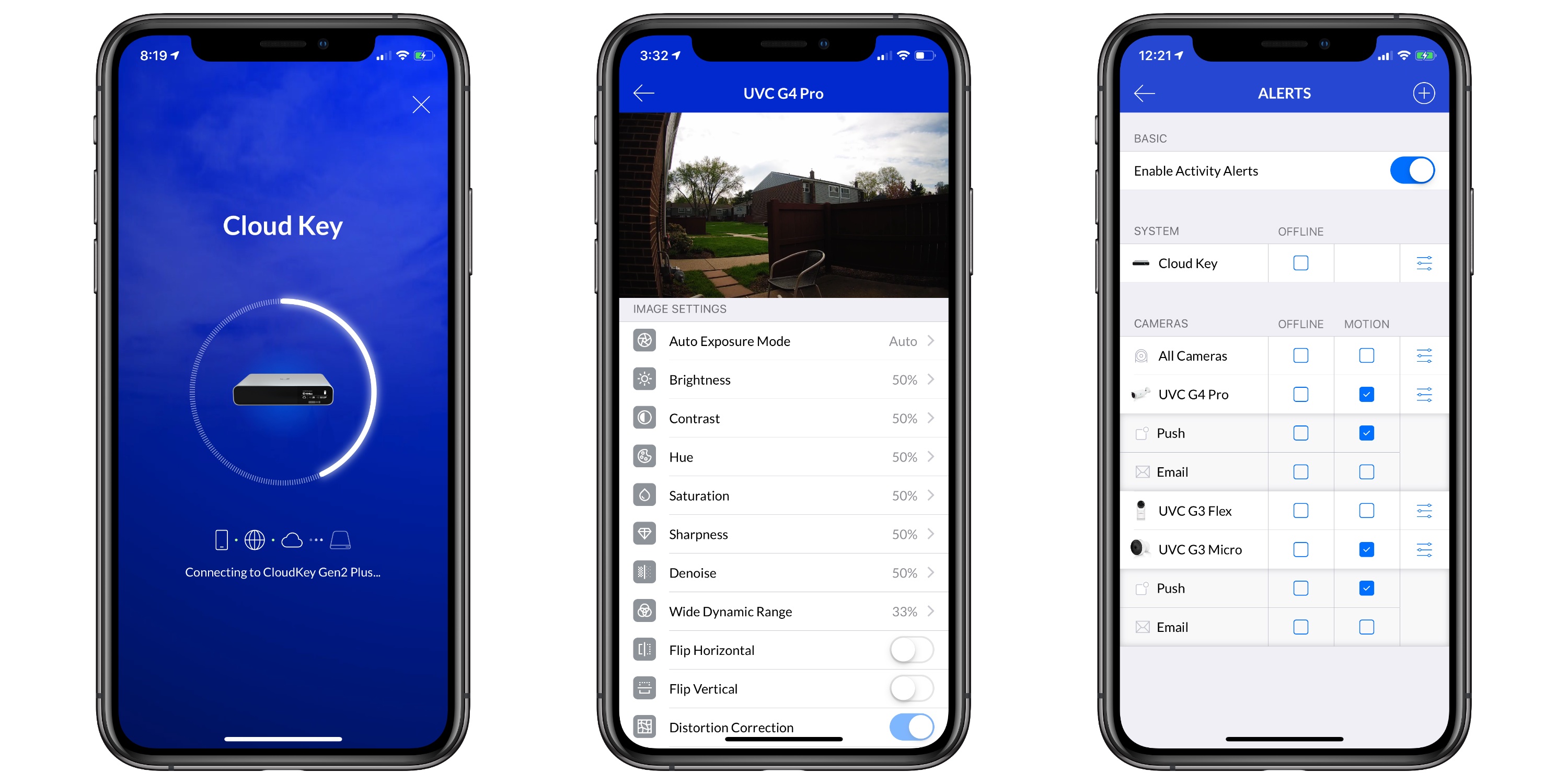 In a lot of ways, Ubiquiti’s latest generation security system can be thought of as a hybrid between old Network Video Recorder platforms and more modern smart home cameras. You’ll get reliable professional-grade video surveillance alongside modern features.

Similarly to how Ubiquiti’s prosumer networking gear offers opened-ended support for a tailor-made home Wi-Fi setup, UniFi Protect does something similar for video surveillance. Another sentiment that rings true for this video platform is a simple and intuitive setup. Defined by a plug and play design, UniFi Protect’s security cameras are leagues beyond any other NVR. 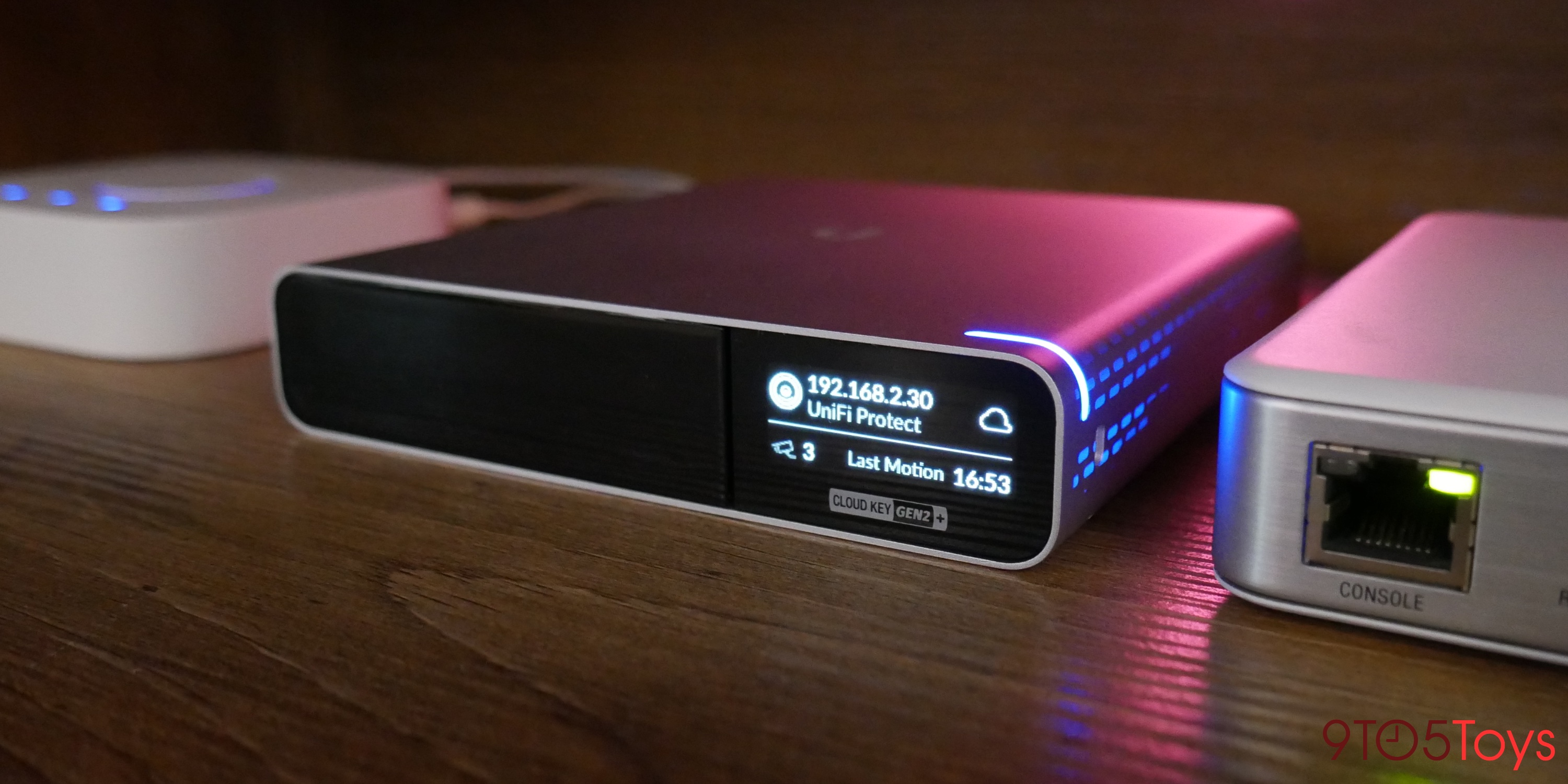 One of the biggest perks of UniFi Protect is its hybrid cloud storage. Thanks to the Cloud Key Gen2, the cornerstone of Ubiquiti’s latest NVR platform, recorded video is stored locally on your network. This device can capture up to 1,600 hours – or over 66 days – of footage before overwriting old content.

Just like how UniFi offers remote management and access for its home networking gear, Protect sports a similar suite of capabilities. This gives all the benefits of cloud recording without any privacy concerns of non-local storage. Plus, that’s all without any monthly plans or fees. Another perk of the second generation Cloud Key’s entirely local storage is that it doesn’t oversaturate internet bandwidth with camera feeds.

Smart security cameras rocking Power over Ethernet aren’t anything new, but its inclusion on many UniFi Protect devices has been game-changing for me. That form-factor goes a long way to making deployment easy to manage, while not sacrificing on video resolution. The single required cable supplies both power and internet connection, allowing for consistent 1080p or even 4K feeds. 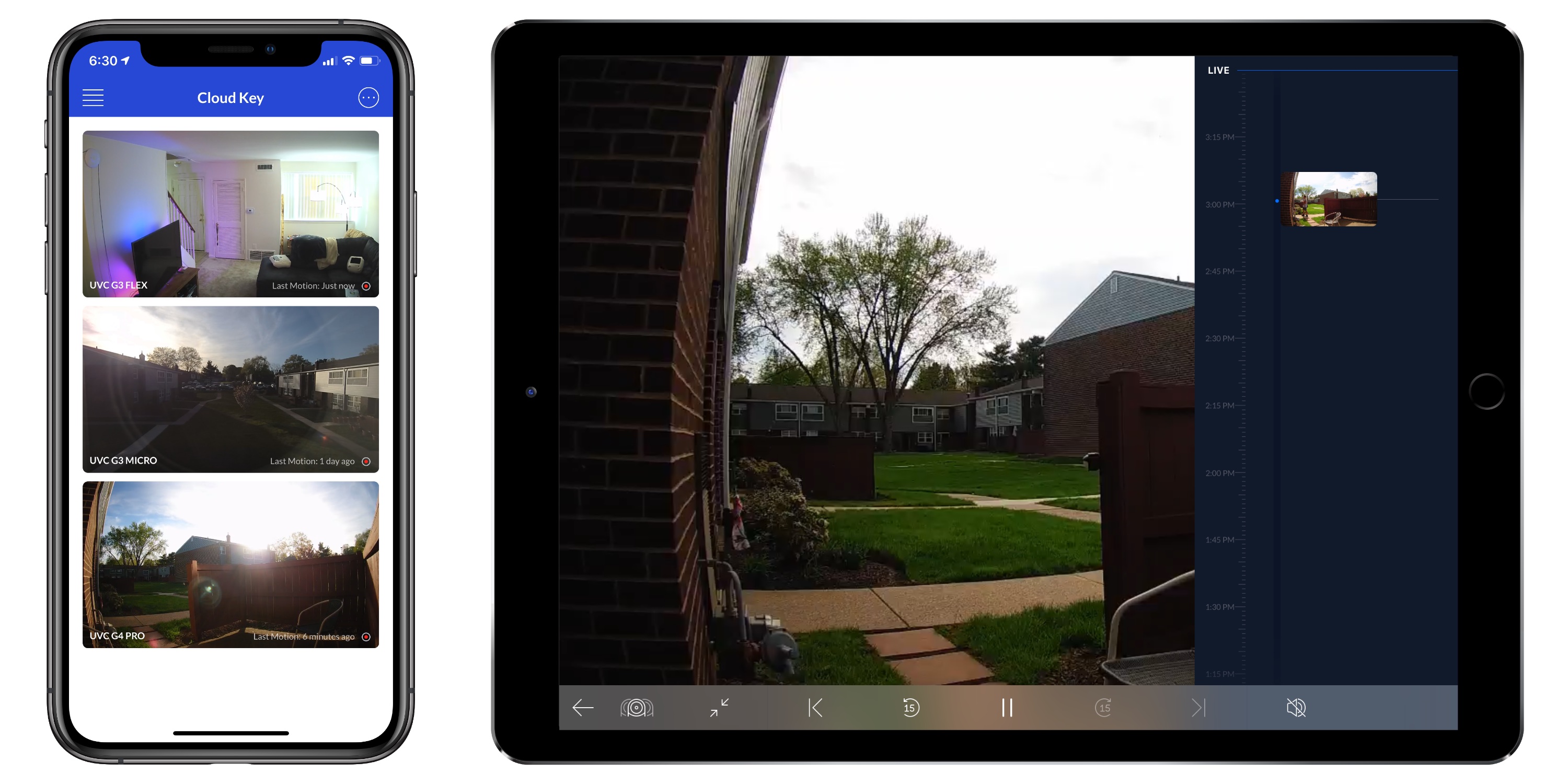 At the time of writing, there are six different security cameras to choose from for arming UniFi Protect. All six seek to solve different uses cases and fit into various aspects of a home security system. Most of the discrepancies fall to the devices’ form-factor, which take the shape of everything from your average smart camera to more profession pieces of surveillance equipment.

Living up to the prosumer name, UniFi Protect’s cameras feature at least 1080p recording. From there, different models will pick and choose from a batch of other capabilities including 4K, optical zoom, water resistance and more. 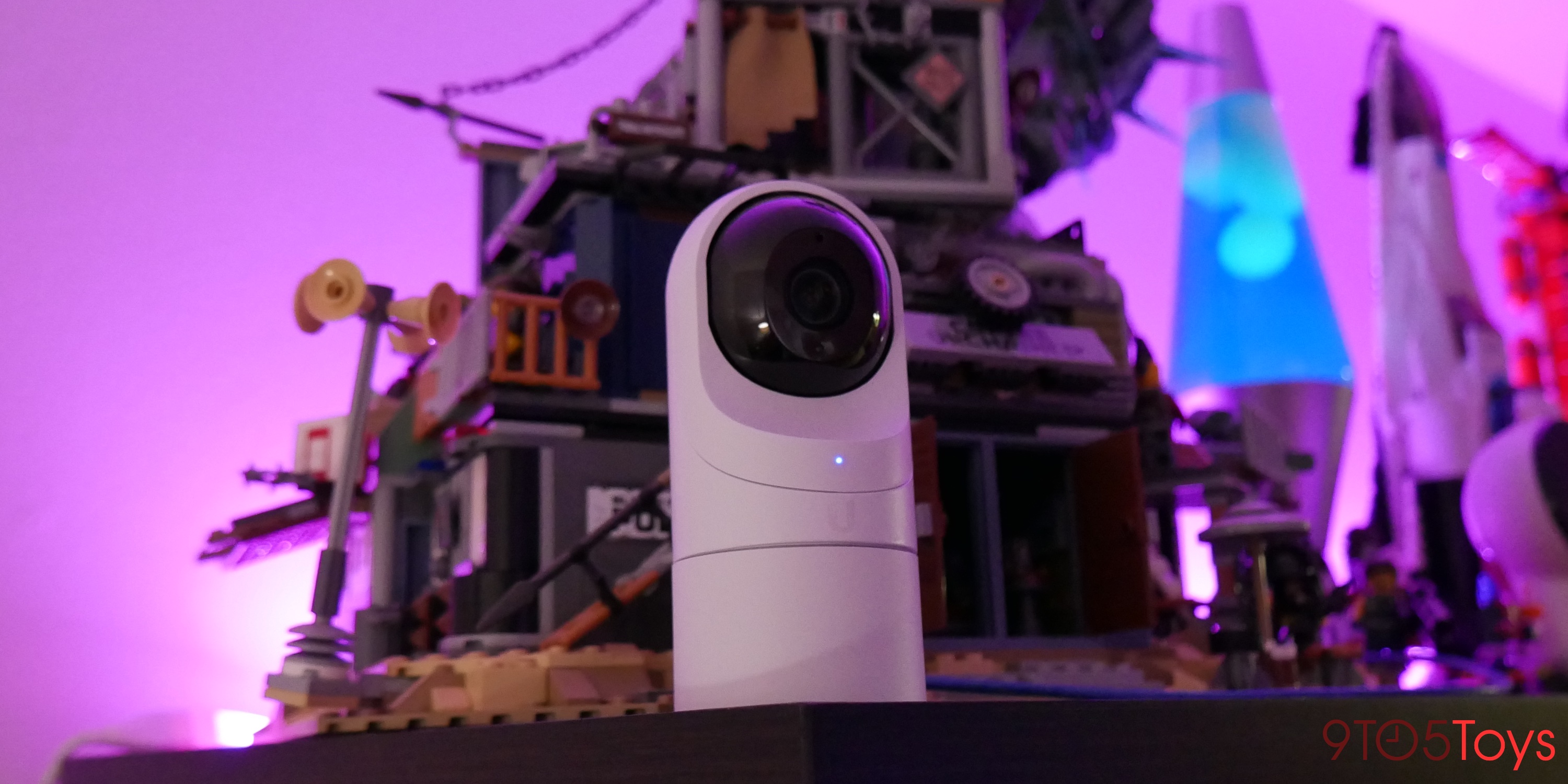 Entering at the lower end of Ubiquiti’s selection of Protect cameras, you’ll find the UniFi G3 Flex. Just like its name suggests, the Flex is one of the more versatile options in the lineup; something that mostly falls to its abundance of mounting options. There are five different ways to install the camera, from a typical resting desktop mount to in-ceiling, on-wall and more.

Though while it may be the most affordable at $79, its specs are nothing to sneeze at. A 1080p sensor is paired with a wide-angle lens, as well as a built-in microphone. This camera’s physical design also allows for manual adjustment of its viewing angle once mounted. It’s more entry-level focus does mean that it can only stream at 25FPS. 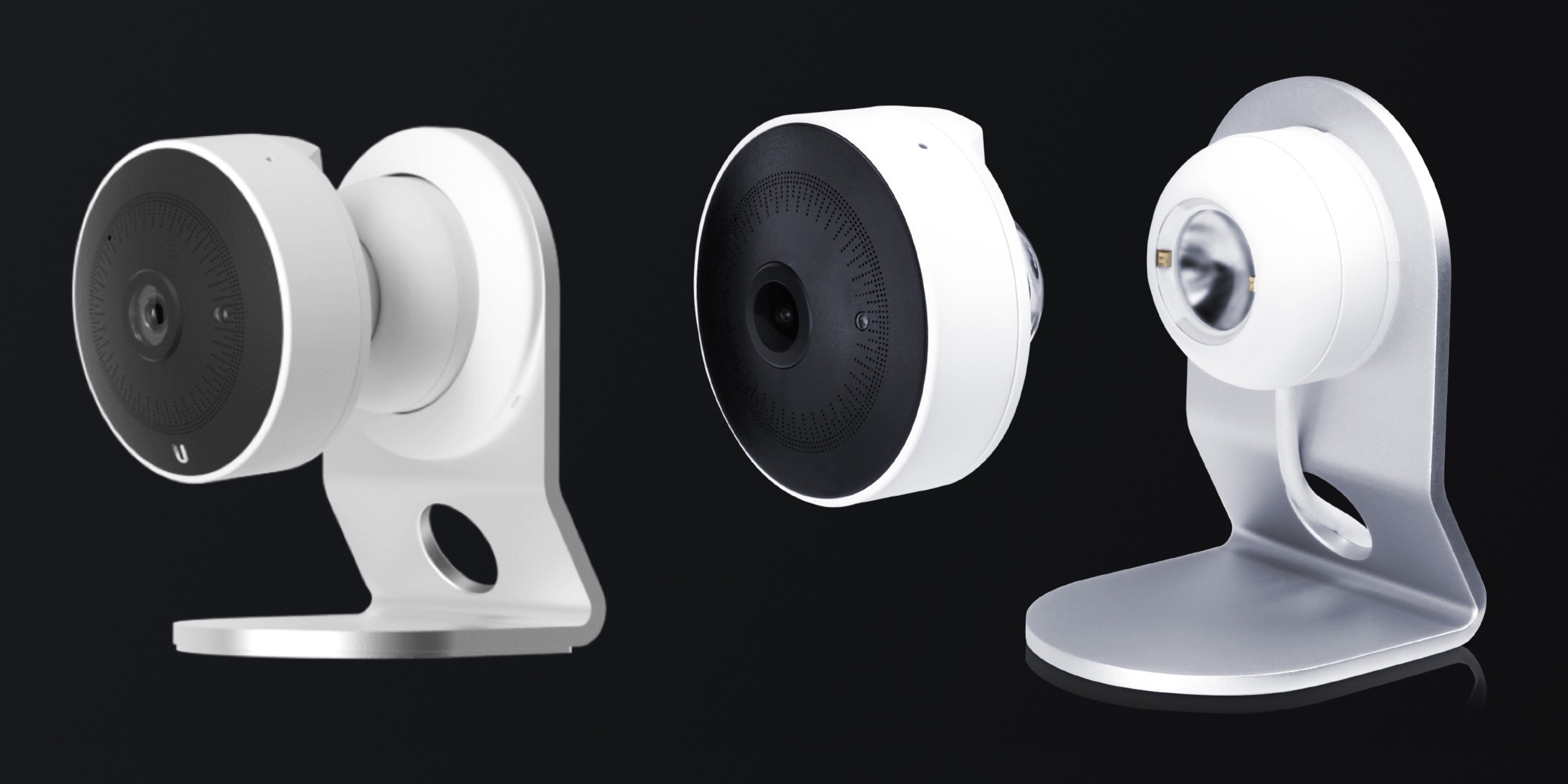 UniFi Protect also offers an option which is most like your typical smart home cameras, the UniFi G3 Micro. It’s design strays from the typical security camera form-factor for something that’s more aesthetically pleasing. As far as middle-ground options come, it’s well-spec’d for the $199 price tag. It’s headlined by 1080p recording and a built-in microphone, just like Ubiquiti’s G3 Flex. One notable upgrade from its more affordable counterpart is that it can also stream video at 30FPS. You’ll also find a built-in speaker for two-way audio.

The G3 Micro’s unique design also gives it the ability to be powered via POE 802.3af power or a standard wall outlet. Plus, it’s the only camera in the UniFi Protect lineup that boasts Wi-Fi compatibly – if that’s a must. 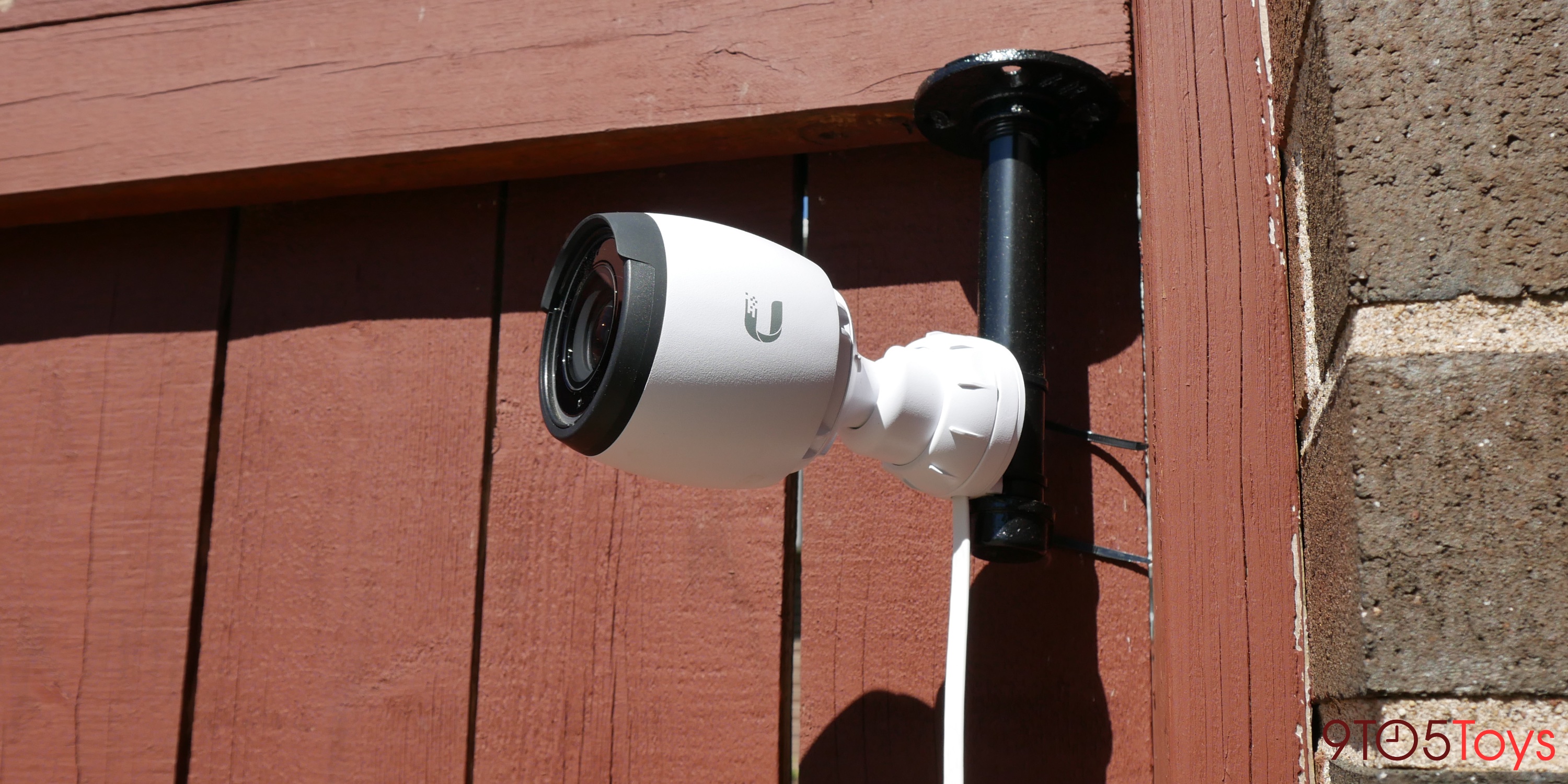 At the top of the line, you’ll find the G4 Pro, the most well-equipped camera that UniFi Protect has to offer. First and foremost, this is the only option offered by Ubiquiti that comes equipped with 4K recording. This alone allows it to standout from the lineup, but there’s more to the premium camera than just crispy image capture. To complement its 4K capabilities, the G4 Pro has a large 1/1.8-inch sensor which pairs with a three-time optical zoom lens.

Design-wise, UniFi’s higher-end model leverages POE and is matched with a bulkier form-factor. This in part is thanks to the more capable recording features. It also gives Ubiquiti plenty infuse the G4 Pro with IP67 water-resistance. To top it off, the camera is ideal for deploying in two different scenarios. Thanks to an adjustable base, it can be mounted on a wall or pole.

All of these features do come with a high-end price tag to match. At $449, Ubiquiti’s G4 Pro is not only the most capable, but also most expensive security camera offered by UniFi Protect.

Which UniFi Protect security camera is right for you?

Each of UniFi Protect’s cameras are compelling options for different reasons. Should whole home coverage be a top priority, then the G3 Flex is a notable solution. Pricing makes it affordable to purchase several units. While versatility means it can be a one-size-fits all addition to your security setup.

If you’re looking to pick up a single security camera to check out what UniFi Protect is also about, then Ubiquiti’s G3 Micro is an idea option. Those familiar with other smart home cameras will be right at home with the design. Then functionality-wise, you’re getting a notable roster of features alongside the cornerstone perks of the NVR.

In a class all its own, the G4 Pro is for those that need 4K image quality and water resistance. It’s the most high-end offering from UniFi and as such, culminates the Protect line.