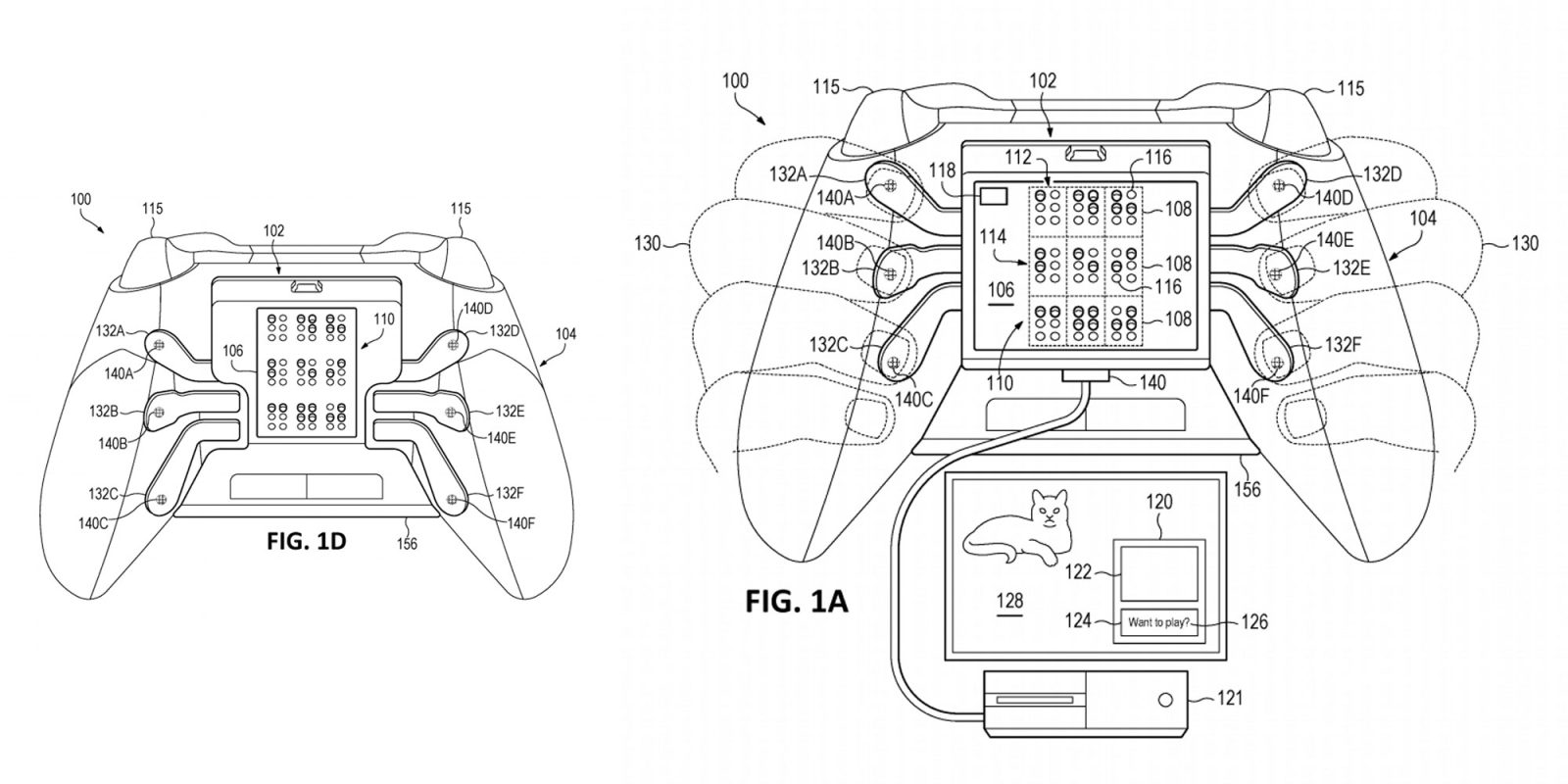 Last year, Microsoft announced its accessibility-focused Xbox one controller at E3 2018. Geared toward those who need help with fine motor skills, the Adaptive Controller was Microsoft’s first big push toward Xbox for all, including those who are normally forgotten by many tech companies. In an effort to get the company’s Xbox gaming platform into more hands, a patent was recently filed and made public that featured a Braille controller so those with visual impairments could easily enjoy Microsoft’s console.

Xbox One Braille controller could be coming soon

If you or someone you know is blind or has difficulty seeing, then playing a game on Xbox or PlayStation was likely never something that crossed your mind. With this new patent filed by Microsoft, that could all change, however.

The area on the back seems like it’s a constantly-adjusting or changing thing that will continue to update itself when you’re playing a game or reading something, giving you the text as you’d read it normally. This lets Microsoft display paragraphs of text without having a massive controller, and I’m super interested to see how this pans out when it’s officially launched.

Accessible gaming is finally starting to become a reality

This is what has me really excited, though. Now that we have the Adaptive Controller and now potentially a Braille controller from Microsoft, it really doesn’t matter what physical impairment you have, you can still enjoy gaming like everybody else. This means that gaming is open to more and more people, and that means the world to me.

Gaming is something that I absolutely enjoy. I sometimes find myself playing many hours of PlayStation or Xbox during the week, and will frequently jump on mobile games when out-and-about. This is something that many who face physical impairments, like muscular dystrophy or blindness, couldn’t really enjoy until now. With the introduction of accessibility-focused controllers like these, the gaming community stands to gain a plethora of new users that it never could before, and that, to me, is the most exciting thing to think about.