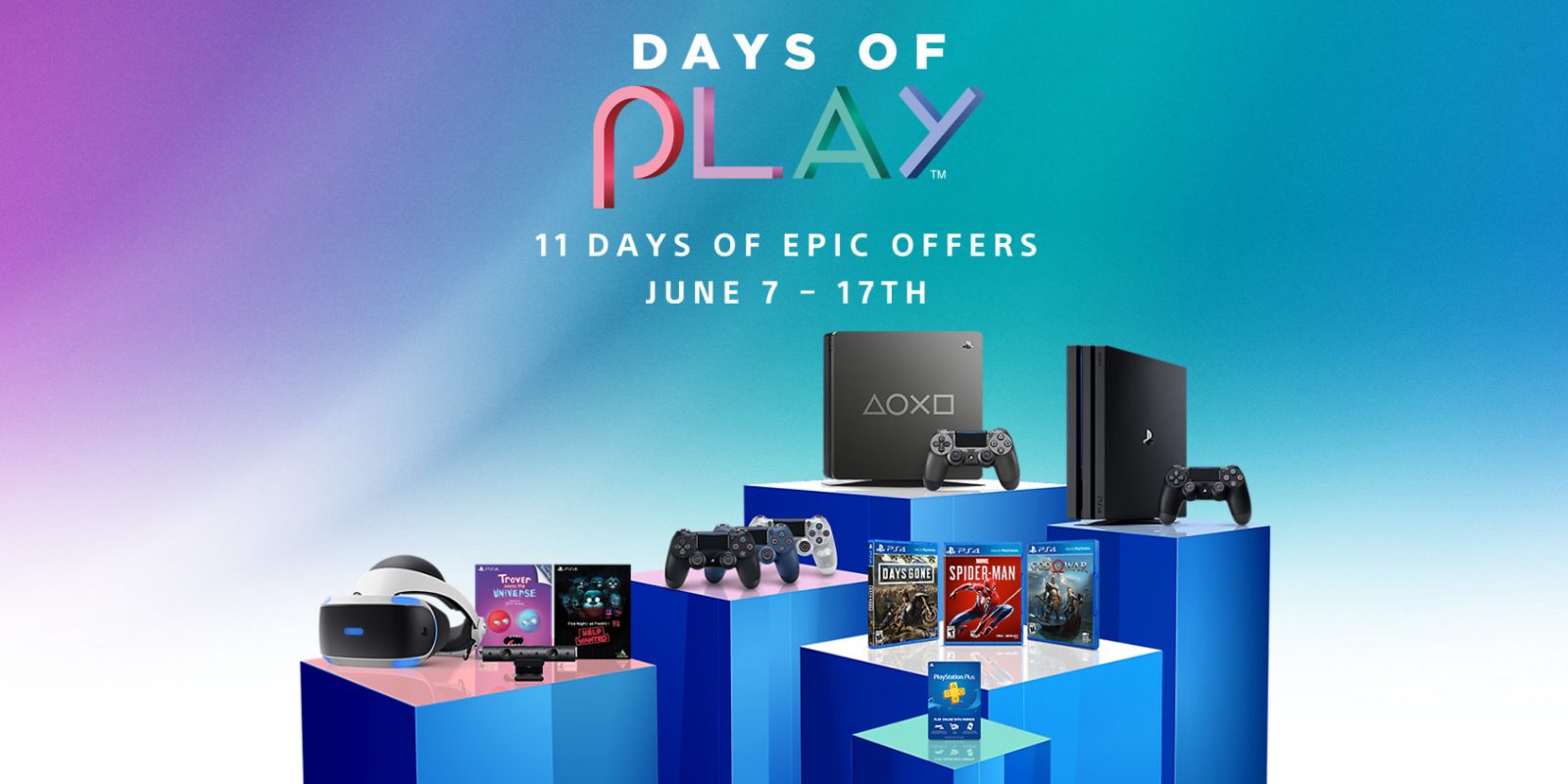 The summer PlayStation sale is coming back again this year. Much like last year, the Days of Play event will take place starting next month with price drops on consoles, PS VR and PlayStation exclusive titles. But we are also getting a new limited edition Days of Play PS4. All the details are down below.

The Days of Play summer PlayStation sale is essentially Sony’s big E3 promotion. Similar to years past, the 2019 edition of the promotion will start on June 7th and wrap up after E3 2019 on June 17th. You can expect Microsoft to launch a similarly wide-ranging effort sometime soon.

Sony will once again be launching a brand new limited edition console to mark the occasion. The new 1TB PS4 Days of Play Limited Edition will go on sale starting at the same time as the deals on June 7th. Unlike last year’s bright blue colorway with gold accents, Sony has opted for a darker, more minimalist approach in 2019.

Entirely finished with a black steel paint job, we are also getting the PlayStation shapes logo embossed in silver along the top side. As usual, it will ship with a matching DualShock 4 controller with all the typical bells and whistles. Needless to say, it will be available in limited quantities, so don’t sleep on this one if you’re looking to add it to the collection.

Now let’s dig in to the Days of Play deals. PS4 Pro, PlayStation VR bundles, DualShock 4 controllers, exclusive titles and more are all on the docket. While Sony is yet to announce details, we will also be getting a massive digital game sale via PSN like last year. In today’s official Days of Play blog post, Sony also mentions deals on PlayStation Plus, PlayStation Now and officially licensed merchandise, but again specifics are still to come.

The Jet Black 1TB PS4 Pro will be seeing a $50 price drop starting on June 7th. Down from the usual $400, you’ll be able to jump in to Sony’s high-end machine starting at $349.99 shipped. And you’ll find even more summer PlayStation sale details below:

We are certainly getting some nice game deals here and the $100 off PS VR bundles will be nice for those looking to jump into the next dimension over the summer. While it would have been nice to see Sony knock more than $50 off PS4 Pro, we didn’t expect much more. Deals on PS4 Pro have been slight at best over the last 6 months – very rarely dropping below $350 (if that). These summer sales are also a great way to catch up on titles you weren’t interested in at full price.

The PSN sale will almost certainly contain hundreds of titles and we know some of the biggest PS4 exclusives will be starting at $20 starting next month. But be sure to keep a close eye on 9to5Toys as the sale approaches. We tend to see retailers start to undercut each other, not to mention eBay sellers looking to get scrappy with the big boys.