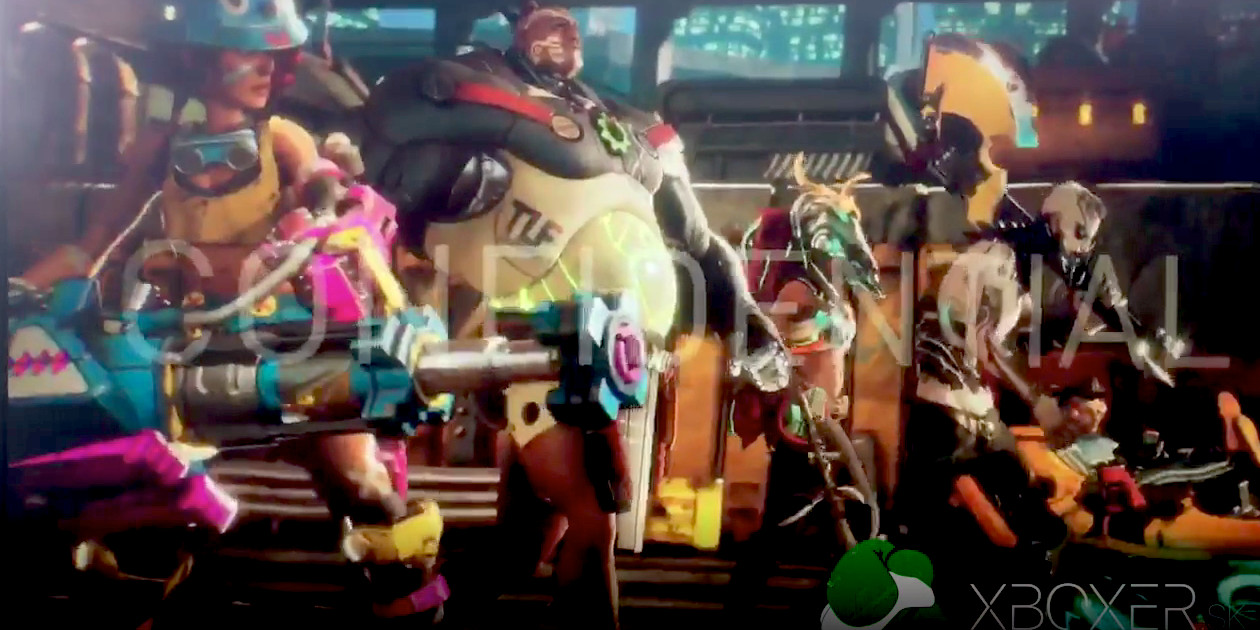 While not nearly as extensive as last year’s Walmart debacle, the E3 2019 leak train has left the station. One of the biggest so far is a clearly confidential cam footage version of the upcoming new Ninja Theory game trailer. Previously responsible for the dark fantasy action-adventure game Hellblade: Senua’s Sacrifice, the dev team has decided to brighten things up and go multiplayer. All the details are down below.

While its last outing was a moody, psychological thriller meets action game, today’s E3 2019 leak is quite the opposite. Previous to Hellblade: Senua’s Sacrifice, Ninja Theory was the team behind the flashy, over-the-top action found in the DmC: Devil May Cry game. So moving towards a more action-focused and vibrant experience isn’t completely out of nowhere for the development squad. However, multiplayer is not something we have seen from the current iteration of Ninja Theory or ever, really. 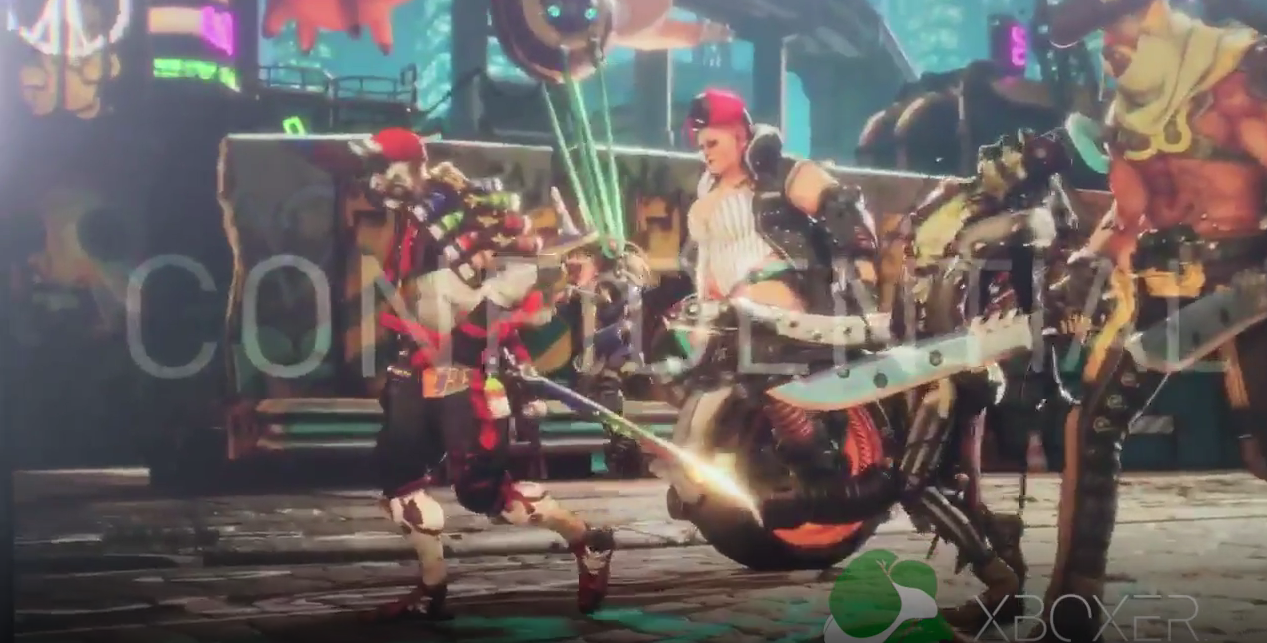 Which brings us to today’s E3 2019 leak. A user by the name of @Nibellion on Twitter shared what appears to be cam-footage of the upcoming Bleeding Edge game from Ninja Theory (link to footage below). It looks like this was clearly a test run render of what could very well be the trailer we see during the show. Plastered with a giant “Confidential” watermark, this was clearly not something the public was supposed to see, yet. The game is called Bleeding Edge (unless that’s a working title) and appears to be a 4 vs. 4 multiplayer melee game. From the brief visuals and Borderlands style character introductions we see in the video, we are definitely getting an edgy, if not comical take, on the hero shooter genre. We are getting some serious Overwatch vibes from this one for sure.

Today’s leak shows off what appears to be the games heroes including characters known as Zero, Deamon, El Bastardo and Buttercup. There’s even a character that both plays and uses a guitar as a weapon, as far as we can tell. Clearly, there’s a tongue and cheek aspect to the brightly-colored multiplayer game, but from the looks of it, this will be a fast-paced and quite mobile melee title. 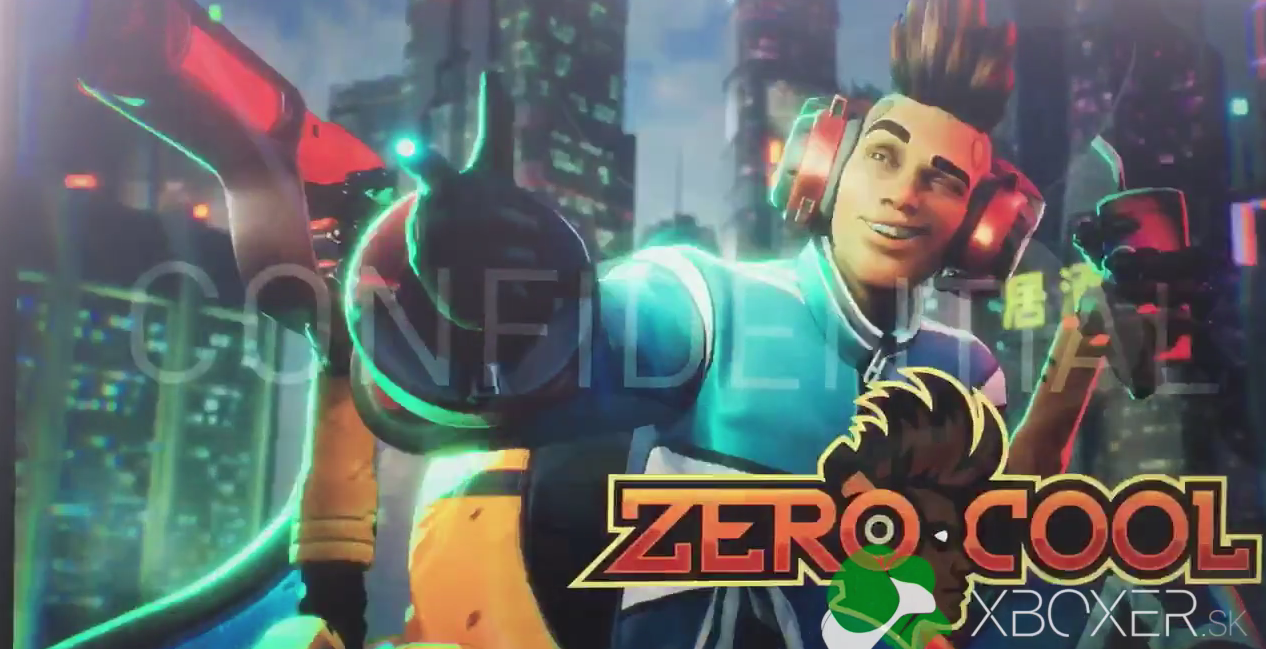 Again not much else is known at this time, but the E3 2019 leak does mention an open Alpha kicking off on June 27th. But we will have to wait until the show gets underway before we know more.

At last year’s event, Microsoft announced it was purchasing a few major development houses, bringing them under its Xbox Game Studio fold. One of those studios was Ninja Theory. Which likely means that Bleeding Edge, if that’s what’s it’s called, might very well appear during the Microsoft presser on June 9th at 4pm Eastern Time. While it does seem like a bit of departure for the studio, if anyone can create compelling melee combat in what is starting to feel like a crowded sub genre, Ninja Theory would have to be one of them.

We will be bring you coverage of the event as it happens, so be sure to stay locked to our E3 2019 Guide for all the latest trailers, news and roundups.