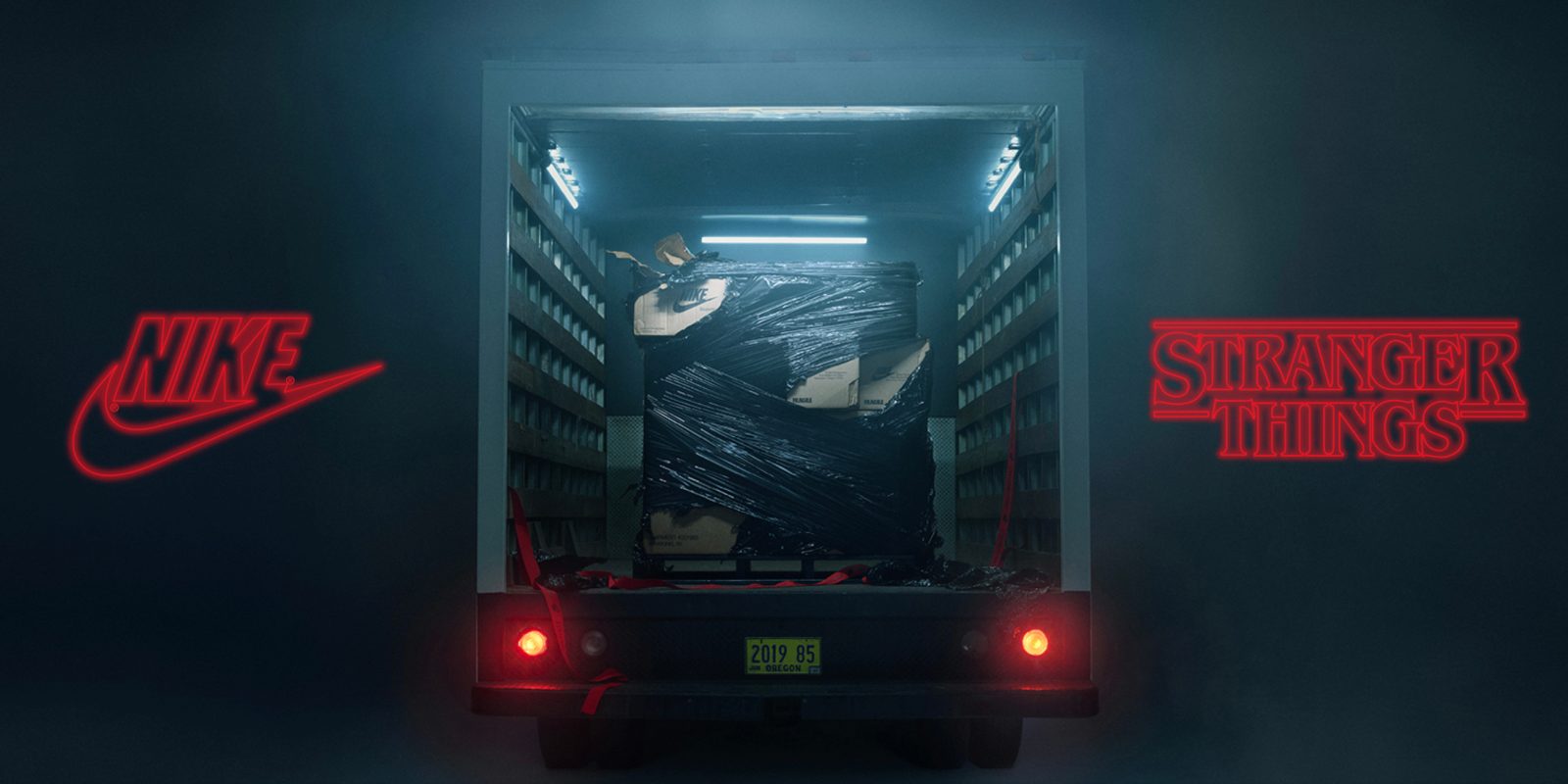 Season three of Stranger Things is set to be released on Netflix in just under a month. To celebrate, Nike has announced a new collaboration that’s a perfect blend of nostalgia and modern day style. There’s a lot to like in the new Nike and Stranger Things collab, but it’s the overall ’80s styling that really brings it home. Hit the jump for more.

Nike has developed an entire backstory for its new Stranger Things venture, hitting the nail on the head pretty well:

In the summer of 1985, several transport vehicles departed from Nike HQ in Beaverton, Oregon, carrying special product shipments headed to multiple locations across the US. Unfortunately, a few of the shipments never made it to their destination. These vehicles all had one thing in common…they were last seen on surveillance footage passing through Hawkins, Indiana. Nike, concerned and confused, never mentioned these missing shipments to anyone for fear that something supernatural was at play.

34 years later, signs of the missing shipments are popping up, piece by piece, and it’s clear that there is something deeper, darker and more evil brewing. Fortunately, some of the missing shipments have been located. Their contents are what we now know as iconic Nike styles: the Cortez, Blazer and Air Tailwind ‘79. Introduced alongside matching apparel, these classic Nike silhouettes were originally intended for the Hawkins High Athletic Dept and feature green and orange color combos with Hawkins High logos. Each shoe comes complete with original-inspired Nike packaging and special edition pins.

Nike is featuring two separate collections, headlined by Hawkins High, which includes remakes of the popular Cortez, Blazer, and Tailwind shoes. There’s also a handful of phys ed class-inspired sweatshirts, hats and tees to match. This part of the Nike and Stranger Things lineup will be available on June 27th.

Meanwhile, the OG Collection drops on July 1st with its own set of unique colorways on the same shoes in mid-top versions.

Whichever collection you choose to roll with, kudos to Nike and Stranger Things for knocking this out of the park. What a great way to head into season three. Of course, we’ve already seen our fair share of Stranger Things collabs this year from LEGO and H&M that you won’t want to miss.