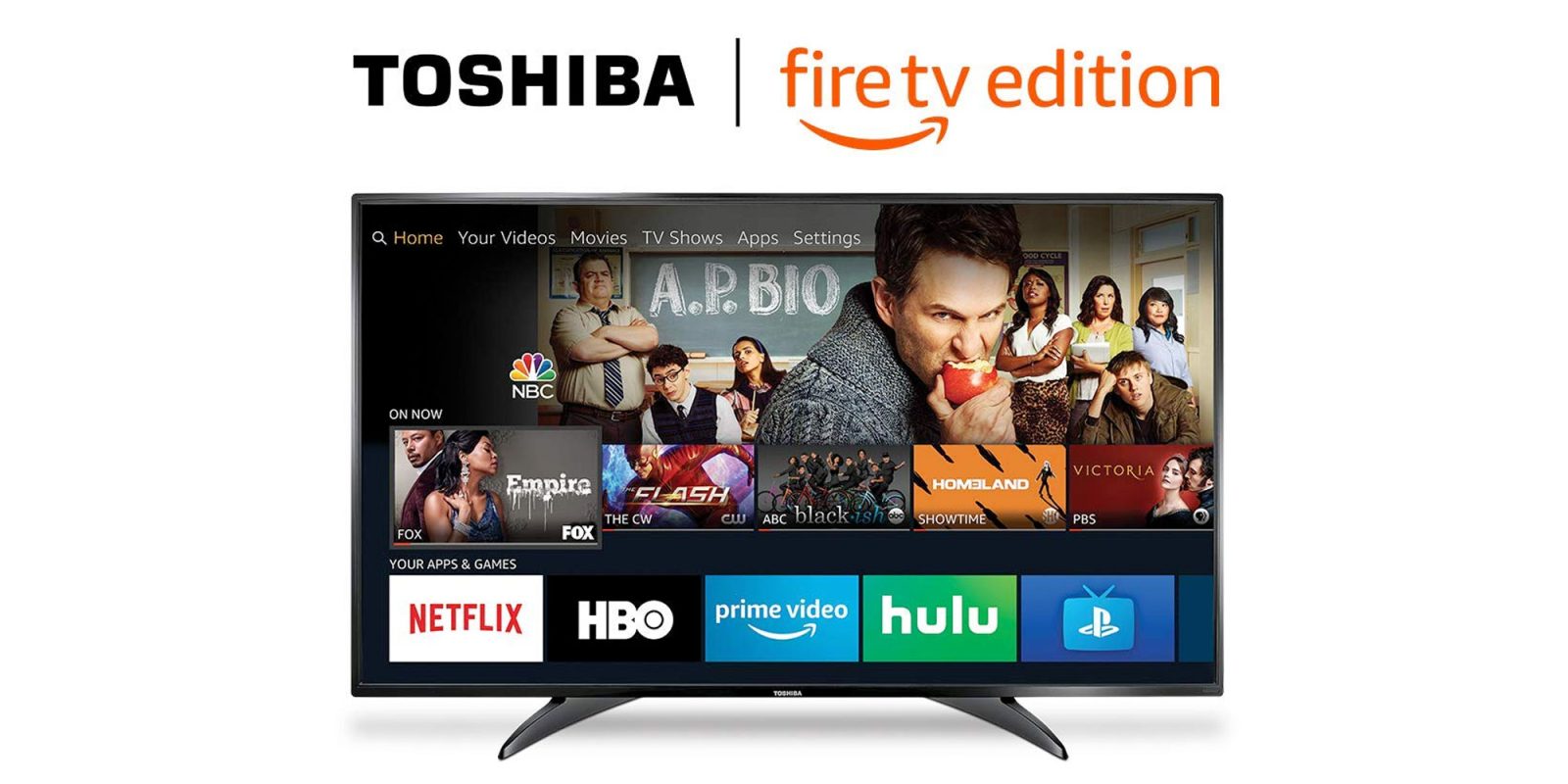 As one of its early Prime Deals of the Day, Amazon is offering Prime members the Toshiba 43-inch 1080p Smart TV with Fire OS for $179.99 shipped. As a comparison, it typically goes for $300 with today’s deal being a match of the best we’ve seen at Amazon. Today’s offer is part of Amazon’s early Prime Day deals, which were announced this morning. Toshiba’s 43-inch display sports 1080p resolutions and three HDMI inputs. With built-in Fire TV OS support, you’ll be able to stream all of your favorite TV shows, movies and more. Over 4,600 Amazon reviewers have left a 4.1/5 star rating.

Use your savings to pick up a few extra HDMI cables. This three pack includes varying lengths for different jobs. It’s always good to have a few on-hand for various connections.

Toshiba HDTV Fire TV Edition is a new generation of smart TVs featuring the Fire TV experience built-in and including a Voice Remote with Alexa. With access to all the movies and TV shows you love, Toshiba Fire TV Edition delivers a superior TV experience that gets smarter every day. The Voice Remote with Alexa lets you do everything you’d expect from a remote—plus, easily launch apps, search for TV shows, play music, switch inputs, control smart home devices and more, using just your voice.

$180
You’re reading 9to5Toys — experts digging up all the latest technology and lifestyle deals, day after day. Be sure to check out our homepage for all the latest news, and follow 9to5Toys on Twitter, Facebook, and LinkedIn to stay in the loop. Don’t know where to start? Check out the best Apple deals, our daily podcast, and subscribe to our YouTube channel