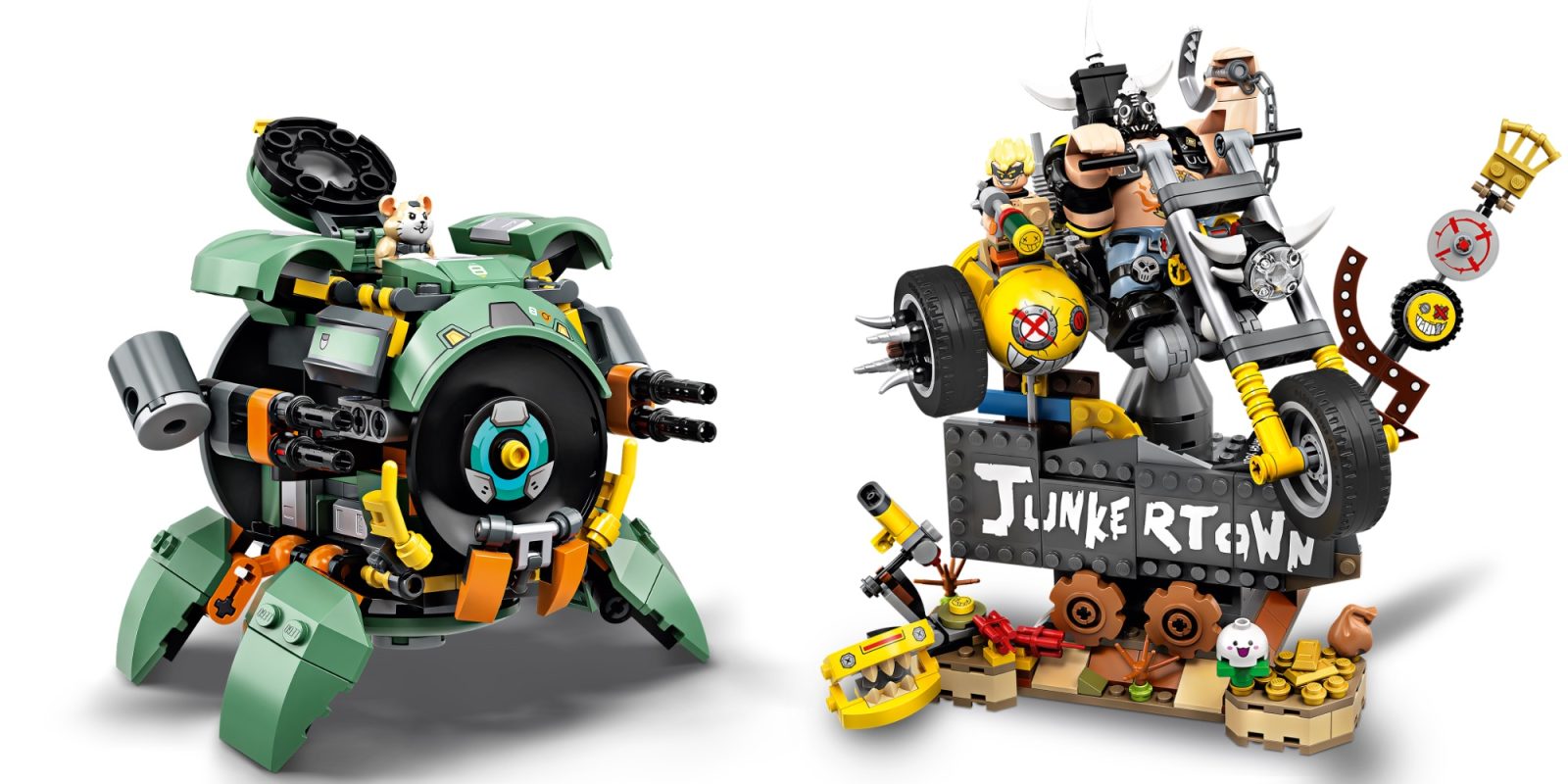 Last fall we got a first look at the six first builds from the LEGO Overwatch series. While the creations themselves managed to stay true to the source material were overall pretty novel kits, many of the game’s iconic characters were left out. Today LEGO is looking to fix that with the debut of new Junkertown and Wrecking Ball kits from Blizzard’s hit online title. Head below for a look at the exclusive new minifigures and more.

First of the new sets brings one of the games newest heroes into the mix. Hammond, aka Wrecking Ball, first made his debut into Overwatch in the summer of 2018, and now the character is rolling into the LEGO world. Stacking up to 227 elements, the kit assembles the quadrupedal robot mecha alongside a new minifigure. This brick-built incarnation features posable legs and the ability to roll up into a ball, just like in the game.

Next up, you’ll find the scenery of Junkertown taking brick-built form for the first time. As one of the many Escort maps in Overwatch, the LEGO version of the build manages to capture the setting’s apocalyptic atmosphere. 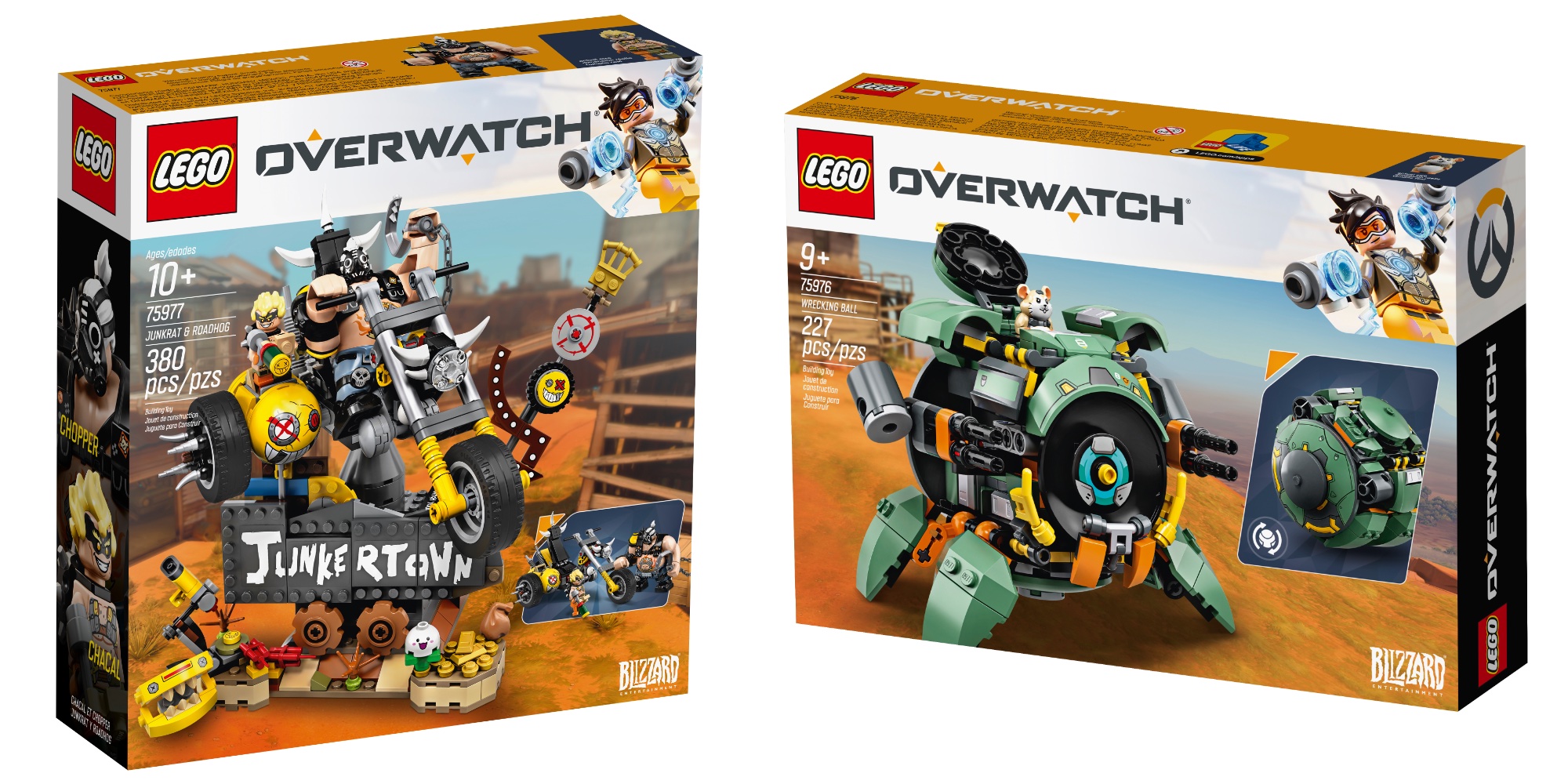 The main aspect of the 380-piece kit assembles a massive Junkertown sign alongside a chopper bike for the two chaotic characters to ride on. You’ll find various in-game elements like a pachimari, Junkrat’s trap and more. Everything included in the build combines nicely together to form a display-worthy diorama.

With the introduction of today’s new Junkertown and Wrecking Ball sets, the number of characters from Overwatch having made their way into the LEGO world has risen to 15. Today’s reveals give collectors three additional minifigures to get their hands on, including the Junkrat and Hammond, as well as a Roadhog BigFig. All of which are exclusives to the upcoming releases and perfectly execute on the virtual characters.

Both of the new releases will be making an appearance at this year’s San Diego Comic-Con ahead of being publicly available later this year. Similarly to many of the other recent set announcements, expect to see these builds launch in October. Wrecking Ball will fetch $19.99, while the larger Junkrat and Roadhog set enters with a $49.99 price tag. 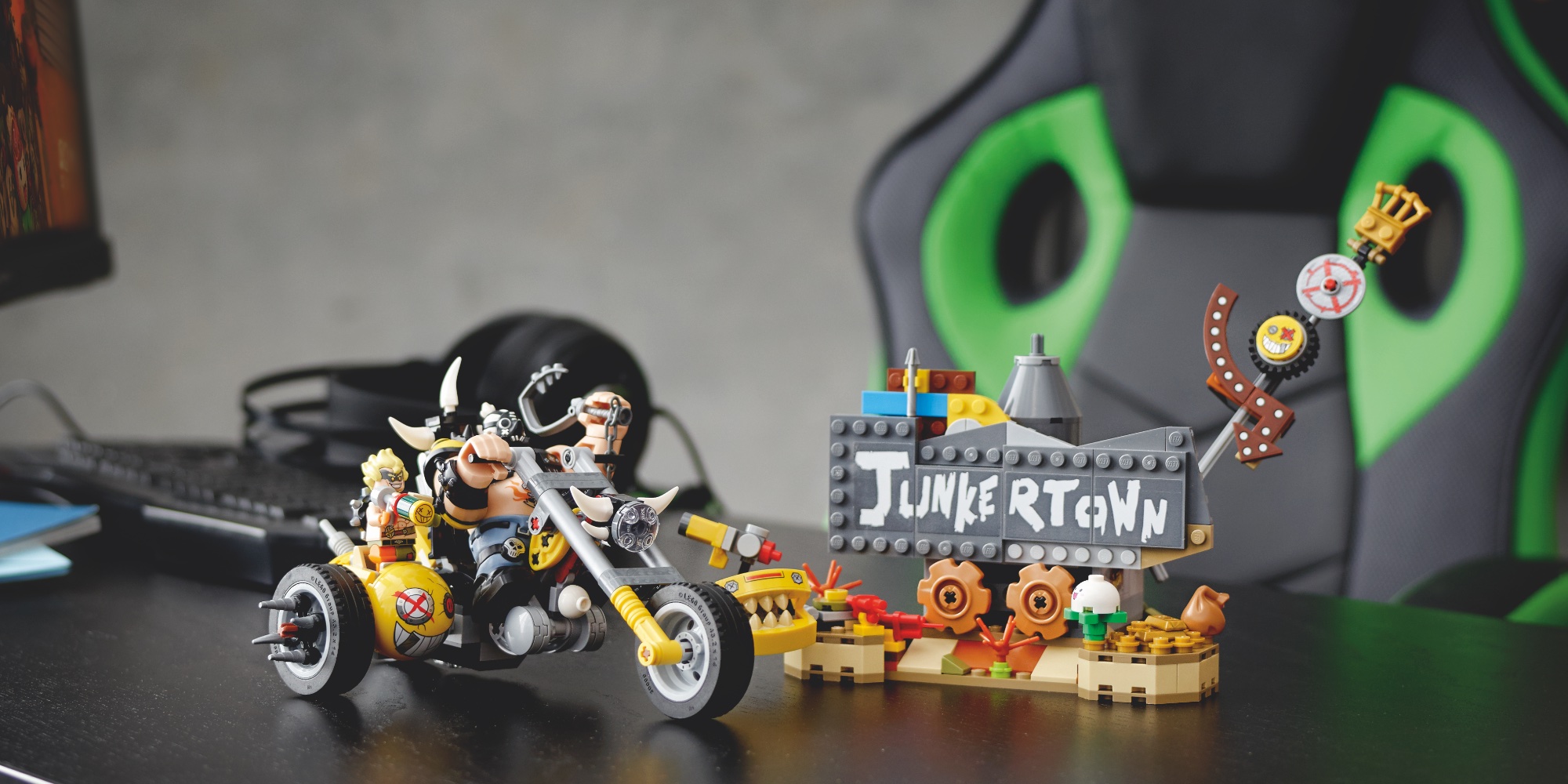 I was a huge fan of the initial wave of Overwatch sets and today’s debuts certainly look like they won’t disappoint. Both of the two creations pack the same authenticity, details and general charm as the originals. Plus with three exclusive minifigures, the kits will definitely be must-haves for those looking to complete the ensemble of heroes.

All in all, I think the price points are right on mark for these builds as well. Wrecking Ball is a solid value at $0.09 per brick. And while the part per dollar ratio isn’t thrilling on the Junkrat and Roadhog build, the BigFig will surely be enough to even out the value for many. 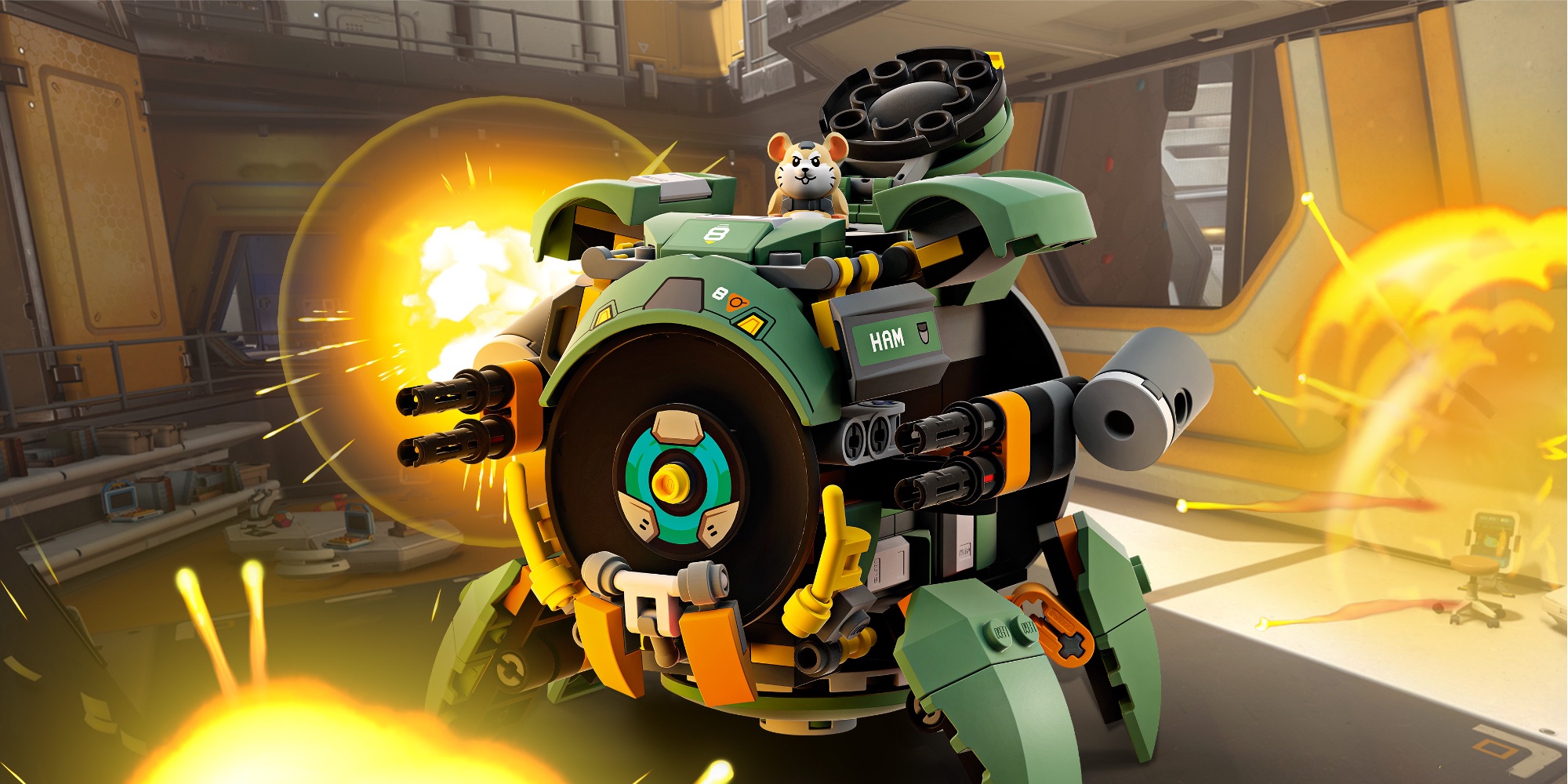