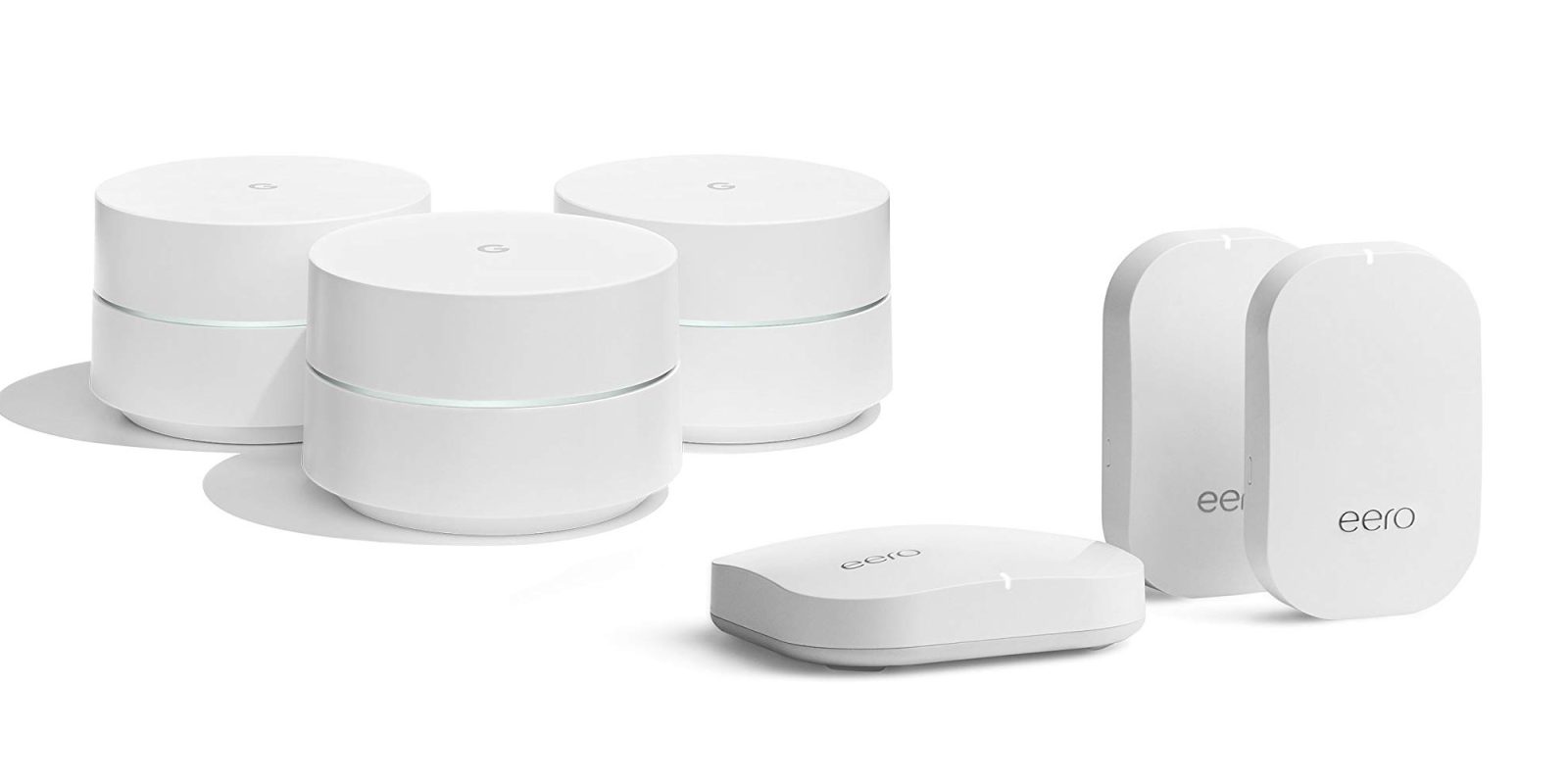 As part of its Prime Day 2019 event, Amazon offers the Google WiFi System 802.11ac Router Three-Pack for $229 shipped. Also available at Best Buy. Normally selling for $259, today’s offer is the best we’ve seen it sell for at Amazon and is the best available. This mesh Wi-Fi system covers up to 4,500-sq. ft. and offers a maximum of 1.2Gbps network speeds. Each of the routers also feature deal Gigabit Ethernet ports. Over 10,500 shoppers have left a 4.8/5 star rating and its a #1 best-seller at Amazon. Learn more in our hands-on review. Hit the jump for additional home networking deals from eero.

Also in its Prime Day sale, Amazon is offering the eero Pro Home Wi-Fi System bundle for $199. Typically fetching $399, today’s offer is the best we’ve seen it sell for by $98. Included in this starter set is a single Pro router alongside two of the brand’s beacon range extenders. This system provides coverage for up to 2,500-sq. ft. which makes it ideal for home with up to four bedrooms. Rated 4.6/5 stars from over 2,400 customers.

Plus we’re seeing other networking gear from TP-Link, Netgear and more at up to 30% off as part of Prime Day as well.