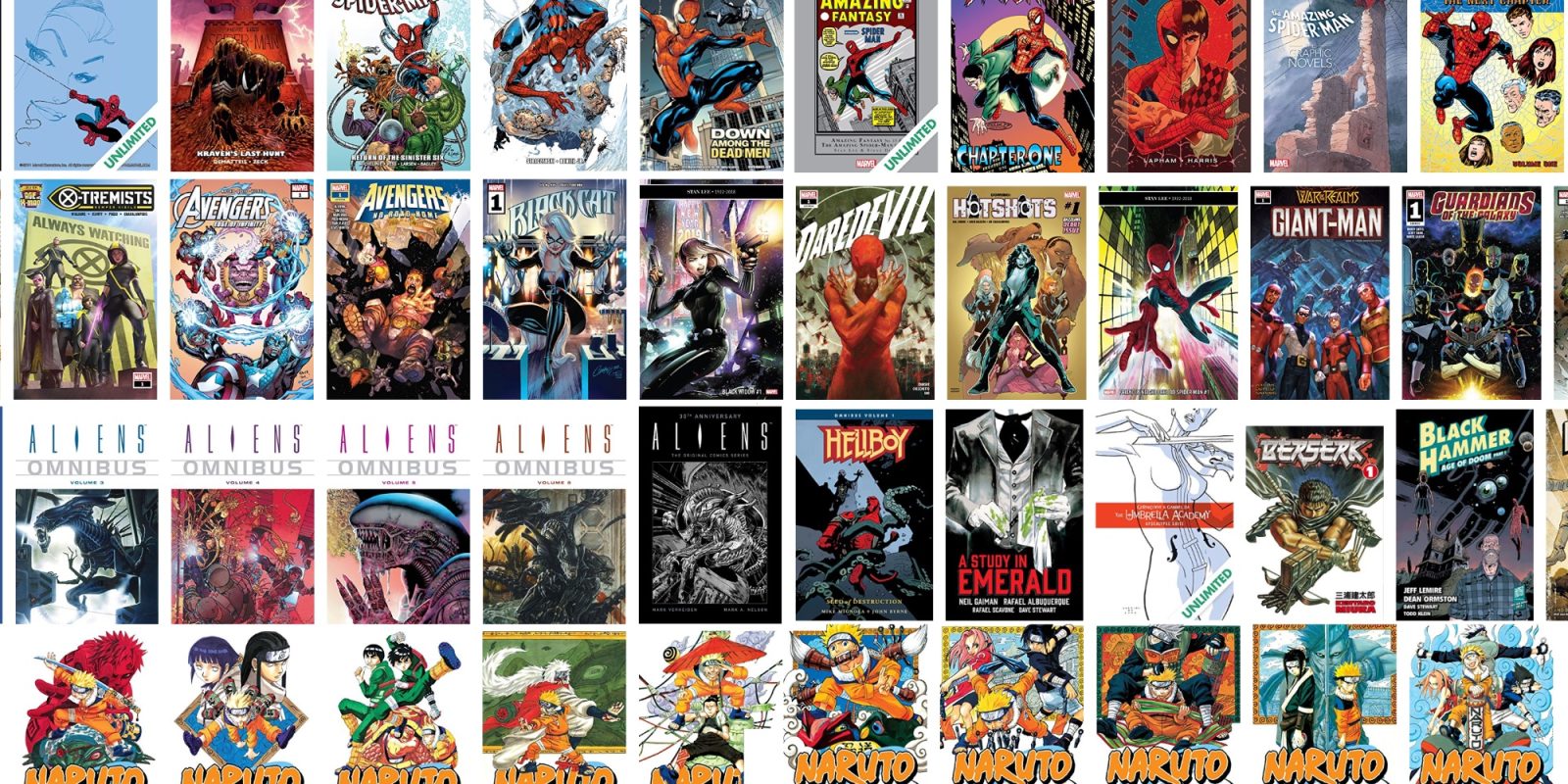 Last week ComiXology started prepping for SDCC with an Oni Press and IDW comic sale. Now its delivering a massive selection of discounts ahead of the convention, with everything from Marvel and Dark Horse to manga and more on sale. Leading the way you’ll find Marvel’s Latest and Greatest Sale taking up to 86% off must-read comics. Infinity Gauntlet: Deluxe Edition at $5.99 is the most notable and quite relevant following Endgame’s release. Down from $15, this is one of the best prices we’ve seen on the 285-page novel. Head below for more even more comics and manga deals.

ComiXology’s Spider-Man Start Here Sale delivers even more Marvel comic discounts ahead of SDCC. We’re seeing a collection of new all-time lows with deals starting from $0.99. You’ll be able to save on both single issue runs as well as graphic novels.

Looking for a new series to dive into? Marvel’s 2019 First Issue Sale brings a massive list of this year’s new releases on sale for $0.99 each. Normally $4, that’s 75% off and the lowest we’ve seen on many of the issues at ComiXology.

If Marvel isn’t your thing, today’s pre-SDCC comic sale will also let you fill your digital library with Dark Horse comics from under $5. There are a wide variety of graphic novels on sale here including Aliens, Berserk, Hellboy and so much more. You can also shop the ComiXology single issue sale for more from $0.99.

Manga fans are also in luck, as ComiXology has discounted a collection of Naruto and Boruto chapters at $4.99 each alongside the SDCC comic sale. Normally you’d pay $7 for each of the mangas, with today’s sale bringing them down to the best we’ve seen.

Notable deals from the SDCC comic sale include:

For the Mad Titan, Thanos, the Infinity Gauntlet was the Holy Grail — the ultimate prize to be coveted above all else. With it came omnipotence: the absolute control of all aspects of time, space, power, reality, mind and soul. But his gaining of supreme might meant the beginning of a black nightmare for the entire universe. Now, on the edge of Armageddon and led by the mysterious Adam Warlock, Earth’s super heroes join in a desperate attempt to thwart this nihilistic god’s insane plunge into galactic self-destruction.