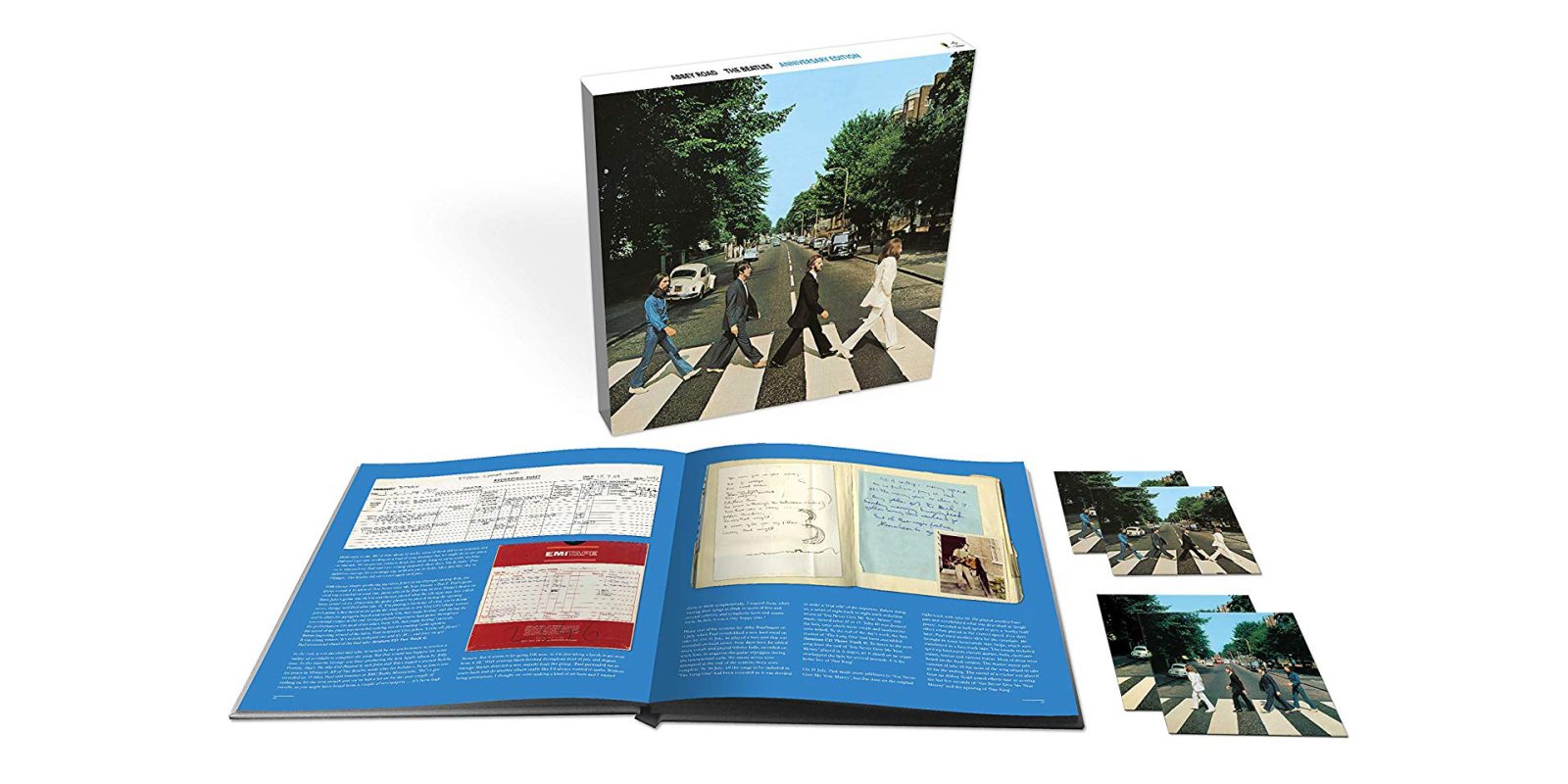 Today marks exactly 50 years since the iconic Abbey Road photoshoot took place outside London’s EMI Recording Studios. With the release of the famous album by the same name also coming up on 50 years, on September 27th, Apple Corps will be releasing a special anniversary edition of the record with a number of limited edition perks. As the Beatles’ penultimate studio album it went on to become one of the band’s most successful releases and one that is still popular to this day. To celebrate, the band’s Apple Corps label will be re-releasing Abbey Road with a completely fresh mix featuring high resolution audio in 5.1-channel surround sound. Hit the jump for more details.

August 8th, 1969 marks the 50th anniversary of the Beatles’ strut across Abbey Road. In the time since, so much has happened, but the band has remarkably remained popular through all that time. Abbey Road is arguably the most globally identifiable Beatles record. Although it’s certain that each one of us have our own favorites.

To celebrate, Paul McCartney has been a part of putting together a 50th anniversary album which will include a number of special treats for fans of the band. This includes newly mixed versions of all 17 songs by “producer Giles Martin and mix engineer Sam Okell in stereo, high res stereo, 5.1 surround, and Dolby Atmos, accompanied by 23 session recordings and demos, most of which are previously unreleased.”

Beatles lead singer Paul McCartney wrote the forward for Abbey Road’s 50th anniversary book that will be included with purchase:

“The Beatles recording journey had gone through many twists and turns, learning curves and thrilling rides. Here we were – still wondering at the magic of it all.”

All told, the Abbey Road Super Deluxe release will include 40 tracks along with three CDs and one Blu-ray disc for ultra high-resolution audio. Each of which will be slipped inside a 100-page hardbound book which includes the forward from McCartney mentioned above.

The 50th anniversary Abbey Road collection will be released on September 27th. It is now available for pre-order on Amazon in various versions, including vinyl, CD and more. The Super Deluxe collection tops out today’s news at $110, but you can find more basic versions starting at $23 if you’re not ready to fully invest in the 50th anniversary collection at this time. Pre-orders will ship in late September and and Amazon offers the usual price guarantee if it were to go down at all prior to the release date.