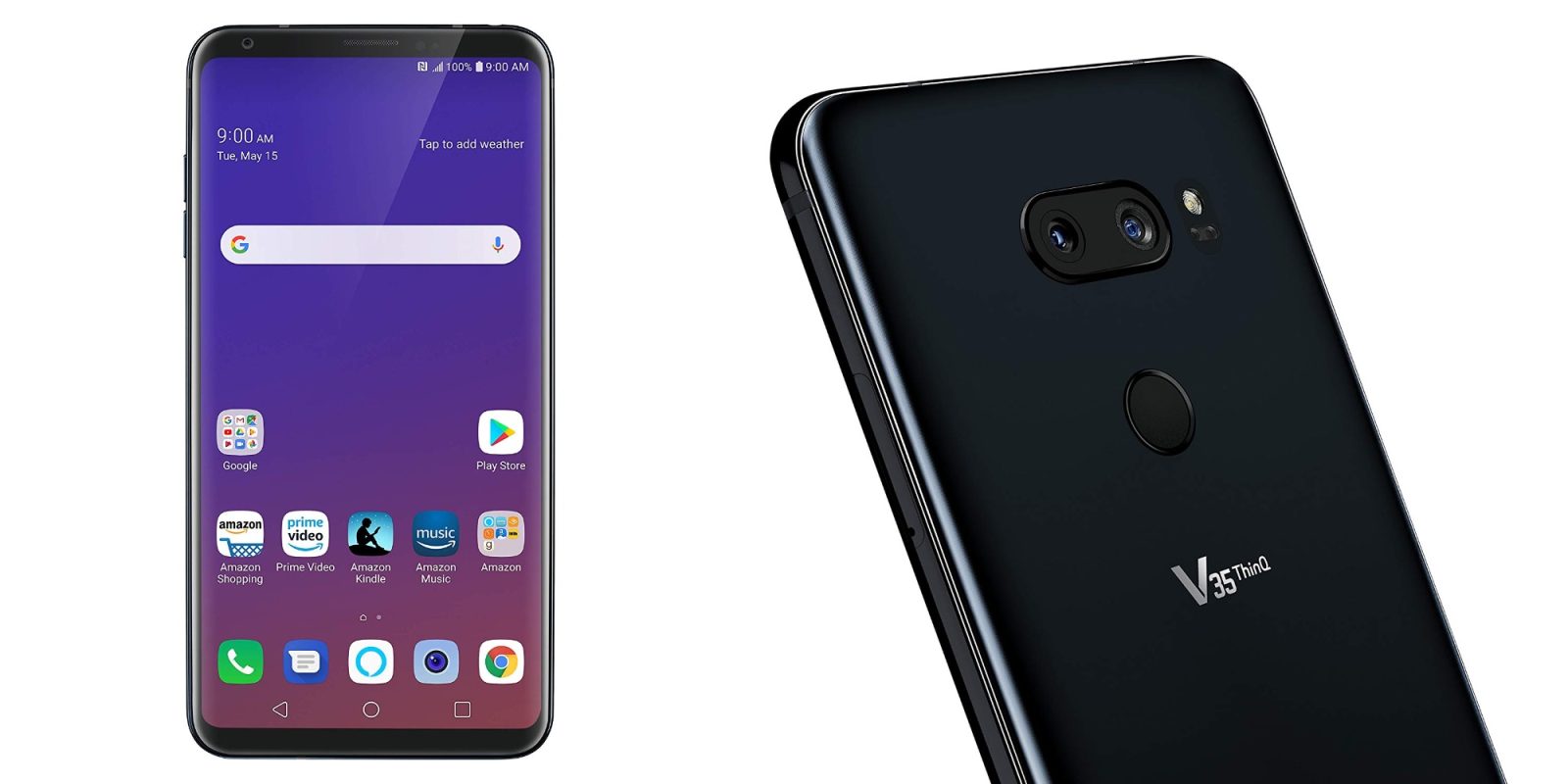 Amazon offers its Prime members the unlocked LG V35 ThinQ 64GB Android Smartphone for $399.99 shipped. Typically selling for $650, today’s offer is $99 less than our previous mention and the best we’ve seen to date at Amazon.  For comparison, Best Buy has the non-Prime Exclusive model for $600. Sporting a six-inch QHD+ 1440p display, LG’s handset notably includes dual 16 MP rear cameras. This model packs 64GB of onboard storage, which can be expanded thanks to support for up to 2TB microSD cards. Plus this version also includes a selection of pre-installed Amazon apps as well as hands-free access to Alexa. LQ’s V35 ThinQ is now Android Pie-compatible thanks to a recent update. Rated 4.2/5 stars from over 155 customers.

Update 8/12 @ 6:42 PM: Never-MSRP (99.4% positive lifetime feedback) via eBay Daily Deals is offering the Samsung Galaxy Note 9 128GB Factory Unlocked Android Smartphone (SM-N960F/DS) for $549.99 shipped. Note: This is the international model of Samsung’s Galaxy Note 9, though it will work on compatible US LTE networks like AT&T and T-Mobile. Originally $1,000, it still fetches as much at B&H and this is just $50 above our last mention. Learn more in our hands-on review.

One of the best ways to get the best bang for your buck from your savings is to take advantage of the V35 ThinQ’s expandable microSD card storage feature. Grab Samsung’s 128GB MicroSDXC Evo Card for $20 at Amazon.

Gamers looking for an Android handset will be right at home with the Razer Phone 2, which offers 120Hz refresh rates and more. It’s currently on sale from $390 (Reg. $600+).

A feast for the eyes, the V35 ThinQ 64GB Smartphone from LG delivers a large 6″ QHD+ OLED display with a FullVision display that features a cinematic 18:9 aspect ratio, and a stunning 2880 x 1440 resolution. The display also features support for HDR10, which is designed to improve brightness, color, and contrast in your images and video.

Get this deal
$650 $400
You’re reading 9to5Toys — experts digging up all the latest technology and lifestyle deals, day after day. Be sure to check out our homepage for all the latest news, and follow 9to5Toys on Twitter, Facebook, and LinkedIn to stay in the loop. Don’t know where to start? Check out the best Apple deals, our daily podcast, and subscribe to our YouTube channel