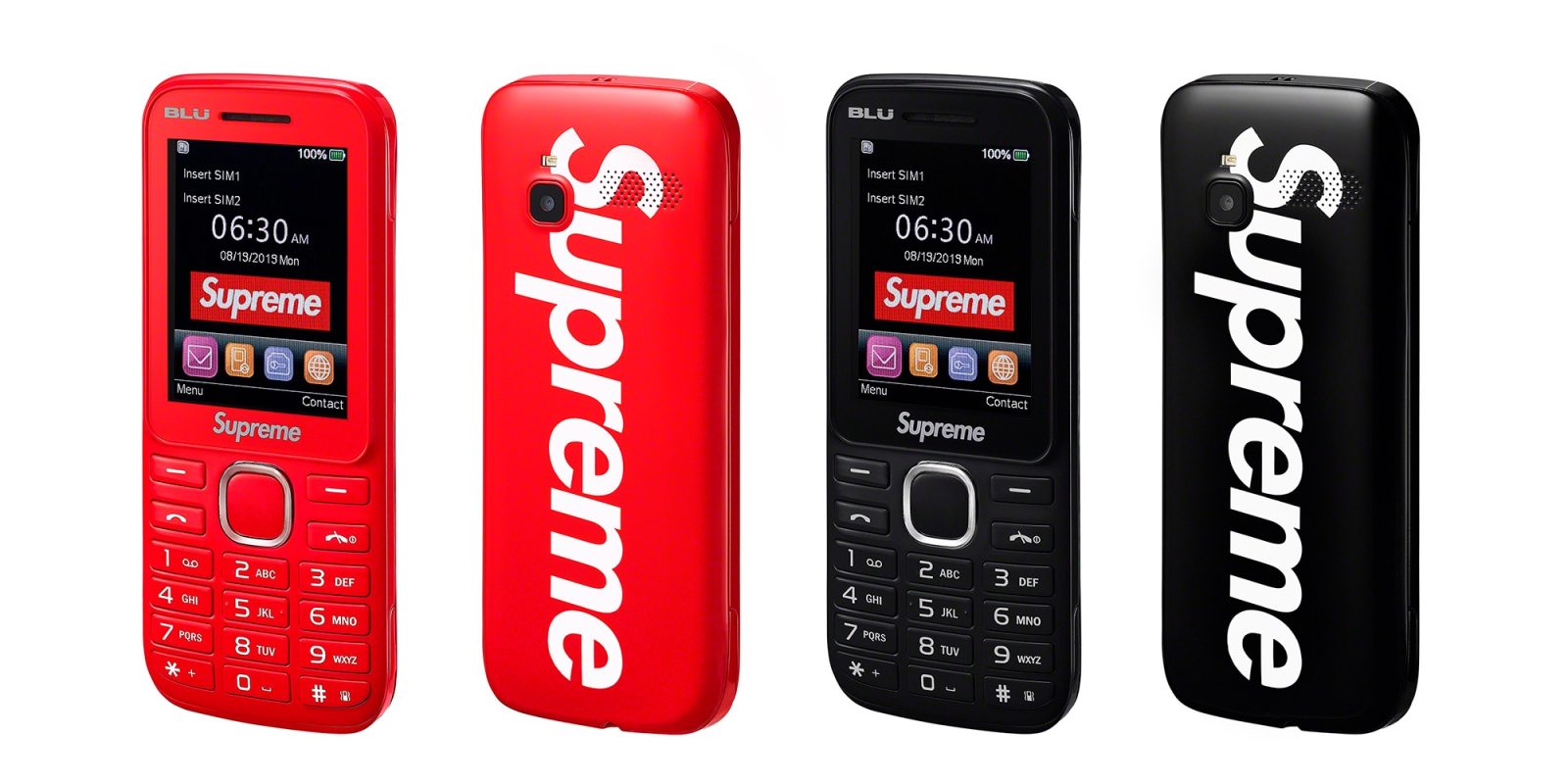 Supreme is no stranger to debuting unusual products that come clad in its iconic red and white logos. While the streetwear brand has garnered a pretty big name for itself with a line of must-have clothing, there’s more to its offerings than just fashionable hoodies. Dropping later this week as part of its fall and winter catalog, Supreme is debuting one of its weirdest releases yet, a burner phone. Hit the jump for a closer look.

With everything from a harmonica and nunchucks to a literal brick embossed with the Supreme logo having been released before, pretty much nothing is off limits for the brand. Today we’re getting yet another example of just how true that is. Debuting as one of the more unique components of its fall and winter catalog, you’ll find a burner phone decked out in Supreme branding.

This announcement is part of its latest product drop, which is full of plenty of other out-there releases. Some standouts include a Honda CRF 250R Motor Bike, Voodoo Doll, Timex watch and even a table tennis set. But of course, we keep coming back to Supreme’s burner phone. 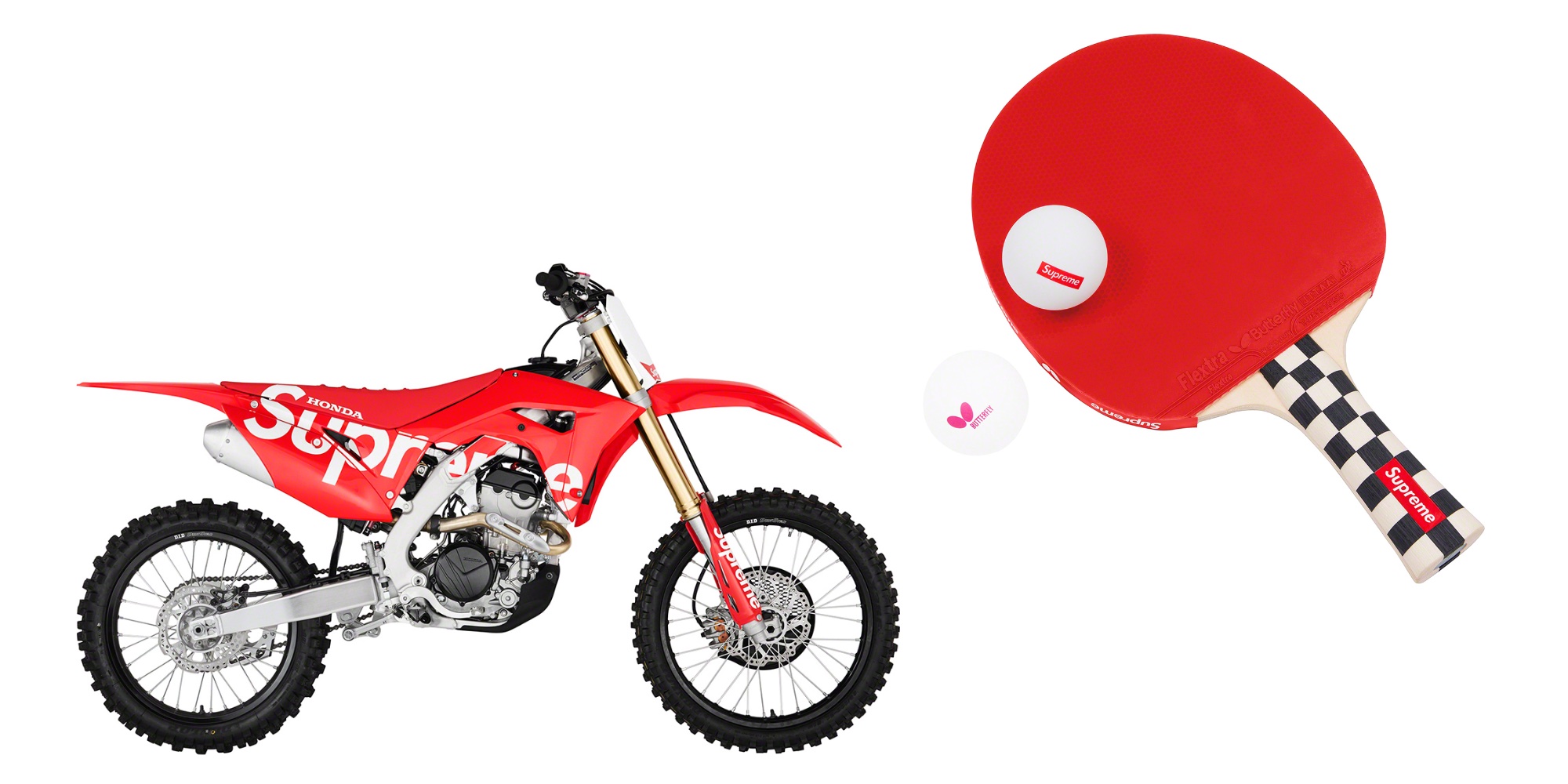 In partnership with handset manufacturer Blu, Supreme’s latest is just a re-skinned version of the company’s Zoey 2.4 3G. You’ll find an impressive 2.4-inch color display, Bluetooth, state of the art 3G connectivity and even a built-in camera. You’ll even be able to listening to MP3s as well. Those specs might be impressive back in the mid-2000s, but looking for the best smartphone out there today isn’t why streetwear fans will be hoping to get their hands on Supreme’s latest.

Decked out in the brand’s signature logo and colorware, it’ll come in both red and black variants. Both versions of the burner phone feature white Supreme logos across the back of the device. Though aside from a fresh coat of paint to the phone’s exterior and user interface, there isn’t too much out of the ordinary here. 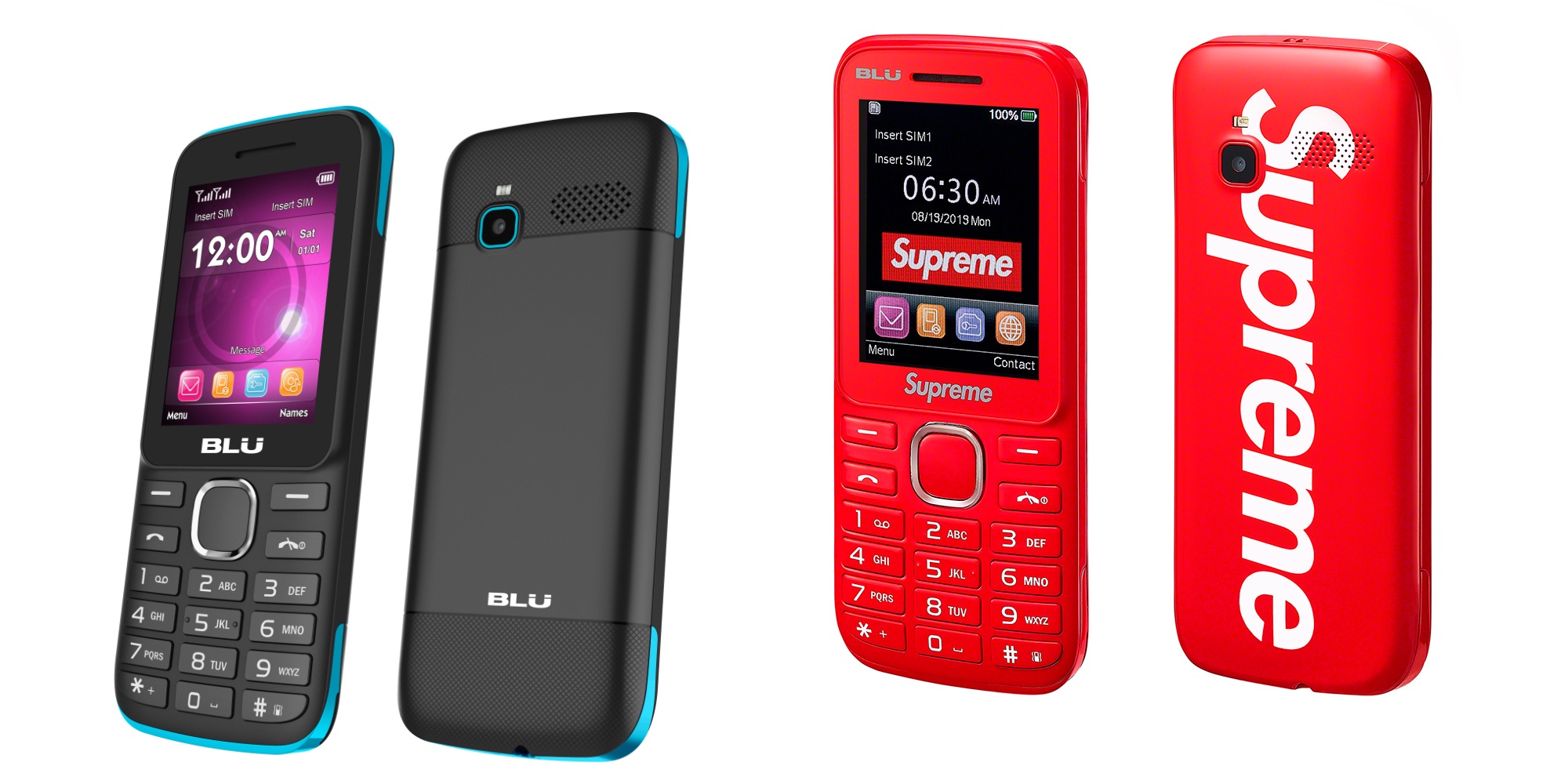 The entire catalog of new Supreme gear will be debuting later this week on August 22nd. You’ll be able to cop it by heading into one of the brand’s New York, Los Angeles, London, or Paris stores, as well as by shopping Supreme’s site. Right now there’s no pricing information available for the upcoming drops, though all will be revealed on Thursday.

Even though affordability is pretty much the name of the game for burner phones, odds are Supreme’s version will have an inflated price to match the brand’s hype.

As mind-boggling as it may be, the burner phone could very well end up being one of the most popular drops from Supreme this season. Fans went crazy for a $30 brick when it launched in 2016, so look to see a similar result here. The silver lining is that if you do manage to pick one up, odds are its value will skyrocket after selling out; meaning you’ll have a limited-edition collectible.