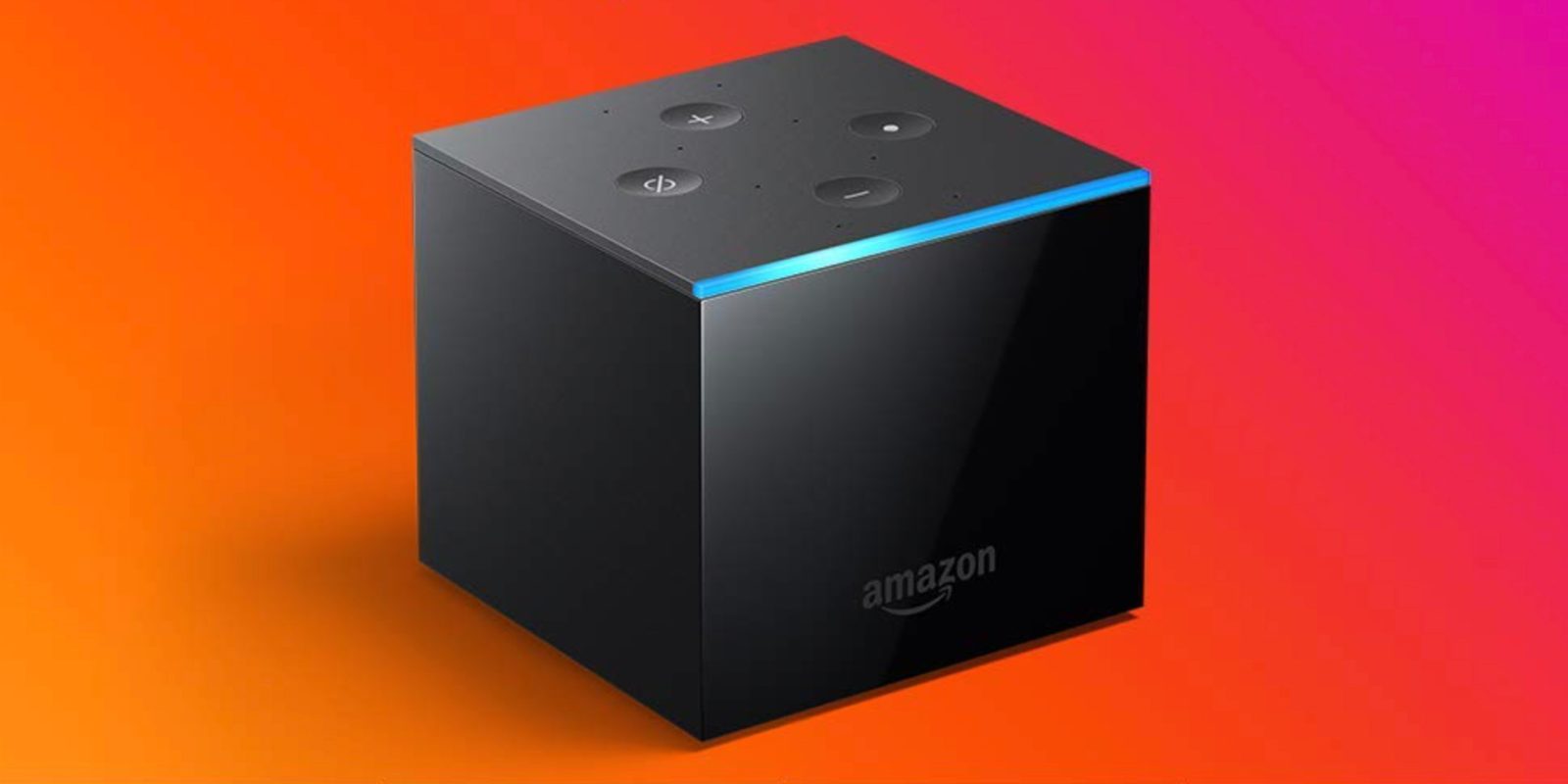 Amazon has taken the stage at IFA 2019 to unveil its new latest Fire TV streaming device alongside a host of new partnerships with third-party brands. The second-generation Fire TV Cube arrives at $120 with a focus on far-field voice control, streaming, and Alexa integration. Alongside HDR 10+ certification, Amazon is promising a host of performance boosts to help make everything run a bit smoother. Anker is also setting off a new partnership that delivers a Nebula soundbar offering Alexa control and 4K support. Hit the jump for more from Amazon’s IFA 2019 event.

I found the original Fire TV Cube to be a suitable yet flawed step in the right direction for streaming media players. Its built-in voice control was exciting, but in practice, I came across a more frustrating experience than what Amazon initially promised. The second-generation model looks to soothe some of these issues by bringing select Alexa voice controls in locally, which Amazon thinks should solve some performance issues instead of relying on an active internet connection.

Fire TV Cube will continue to deliver access to all of the popular streaming services alongside HDMI CEC control and various other smart features. The physical design looks just the same as the first-generation model with eight far-field voice recognition microphones inside.

The all-new Fire TV Cube is available for pre-order today for $119.99 here in the United States with prices varying around the world. 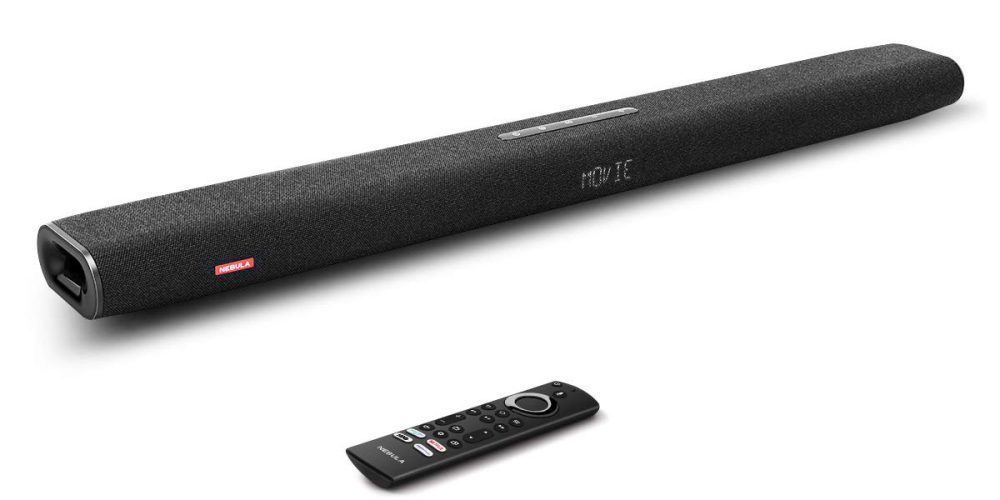 Today’s event is also unveiling a new soundbar from Anker that’s backed with Amazon technology. The $230 speaker is officially dubbed the Nebula Soundbar – Fire TV Edition. Inside the HDMI-equipped speaker is a full-on Fire TV streaming media player, which seems like a no-brainer in hindsight. Users will be able to stream 4K content from various services, making it an all-in-one package that really simplifies home theater setups.

Anker’s latest release is available for pre-order today in the United States for $229.99. It will be coming to more countries around the world in late November.

Introducing the All-New Fire TV Cube—the Next Generation Fire TV Experience with Far-Field Voice Control, and the Fastest, Most Powerful Fire TV Ever

“Fire TV Cube was the first hands-free streaming media player powered by Alexa, and since launching last year we have gathered a wealth of feedback from customers about how they use voice in the living room,” said Marc Whitten, Vice President of Amazon Fire TV. “Over the past year, we have continued to expand and advance the Fire TV Cube experience based on this feedback with dozens of new features including Multi-Room Music, Follow-Up Mode, and Alexa Communications. These key learnings carried over and guided the development of the second-generation Fire TV Cube, and we are excited to introduce this new-and-improved experience to customers around the world.”

With Fire TV, you can watch favorites from Netflix, YouTube, Prime Video, HBO, SHOWTIME®, CBS, and more—plus stream for free from Tubi, IMDb TV, Pluto TV, and others. Plus, tune to live TV channels with cable or satellite boxes from providers like Comcast, DISH, AT&T TV/AT&T U-verse, and more. Fire TV gives you access to tens of thousands of channels, apps, and Alexa skills, as well as over 500,000 TV episodes and movies with thousands of titles in 4K Ultra HD. The vast Fire TV catalog combined with powerful voice control makes it easier than ever to enjoy TV, simply say “Alexa, watch Stranger Things on Netflix” and your compatible TV will turn on, open Netflix and pick up playback right where you left off.

The Fastest, Most Powerful Fire TV Ever

Featuring an ultra-powerful hexa-core processor, and more than twice as powerful as the first generation Fire TV Cube, the all-new Fire TV Cube delivers a fast, fluid experience, with instant access to Dolby Vision and 4K Ultra HD content at up to 60 frames per second. You will enjoy the brilliant color of Dolby Vision and HDR, and HDR 10+, as well as the audio clarity of Dolby Atmos on the all-new Fire TV Cube. In addition, Fire TV Cube (2nd Gen) comes with Local Voice Control, which is a new on-device processing feature that lets you more quickly execute some of the most frequent voice commands. For example, “Alexa, scroll right,” “Alexa, go home,” “Alexa, select number one,” and more, are up to 4 times as fast as before.

Easy Control of All Your Entertainment

Hands-free voice control means convenience, and on the first-generation Fire TV Cube, customers use voice to control their experience more than 8 times as frequently as on other Fire TV devices. The all-new Fire TV Cube features cutting edge far-field voice recognition with eight microphones and advanced beamforming technology that combines signals from the individual microphones to suppress noise, reverberation, content currently playing, and even competing speech to make sure Alexa clearly hears your request when placed next to your TV. When combined with the powerful new processor, you can easily search and navigate content using just your voice, whether it’s through your cable or satellite boxes; streaming apps like YouTubeand PlayStation Vue; or HBO, SHOWTIME®, and STARZ through Prime Video Channels. From across the room, just say, “Alexa, switch to channel 31” or “Alexa, tune to NBC,” and Alexa will respond to your request.

In addition, Fire TV Cube uses multi-directional infrared technology, cloud based protocols, and HDMI CEC, that when combined with Alexa, let you control your compatible TV, soundbar, A/V receiver, cable or satellite box, as well as other smart home devices. With the built-in speaker, Fire TV Cube lets you dim the lights, check the weather, listen to the news and more—even with the TV off. Since launching last year, nearly 80 percent of customers are using Fire TV Cube for home automation requests and there are tens of thousands of Alexa routines used every week.

The Alexa service is always getting smarter with new features, device control capabilities, and hands-free voice functionality added regularly, meaning like the first generation device, the all-new Fire TV Cube is going to get even better over time. Since launching last year, Fire TV Cube has improved the Alexa experience and added a number of key enhancements including support for Multi-Room Music, Alexa Communication features, Follow-Up Mode, Alexa Voice Browsing, and more. In addition, more than 50 apps globally currently support enhanced in-app voice controls on Fire TV Cube, giving you more ways to use your voice while navigating through content.