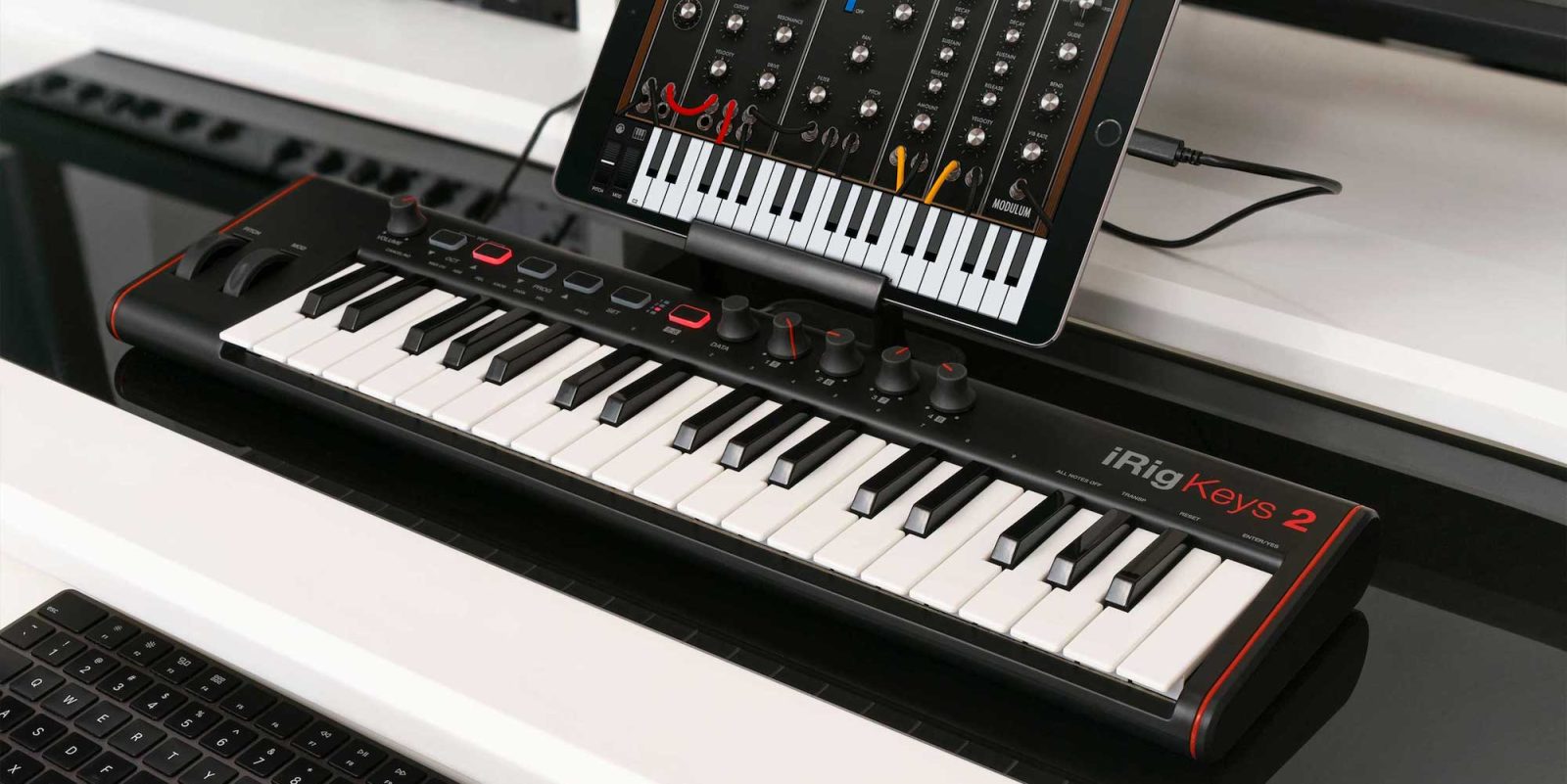 IK Multimedia, purveyor of some of the best budget-friendly music gear out there, is introducing its new Mac/iOS MIDI keyboards today. Known as the iRig Keys 2 series, the new controllers have been built upon the technology found in the previous generation models with updated compatibility, a fresh new design and more. All the details are down below.

Last we heard from IK Multimedia; its new Brian May Mac/iOS AmpliTube bundle was making its debut. Before that, we went hands-on with its iRig Micro mini guitar amp and the budget-friendly analog/PCM UNO Drum machine.

But today it’s all about the new Mac/iOS MIDI keyboards. They are compatible with Mac as well as iOS — the MFi (Made For iPhone) controllers can connect “directly to iPhone/iPad and most Android models.” The included audio output is especially notable for those using a newer iPhone as you can directly connect speakers or headphones to your setup. The new controllers are also quite versatile when it comes to power. A USB connection to your recording device, USB power supply, or a USB battery pack will do the trick. 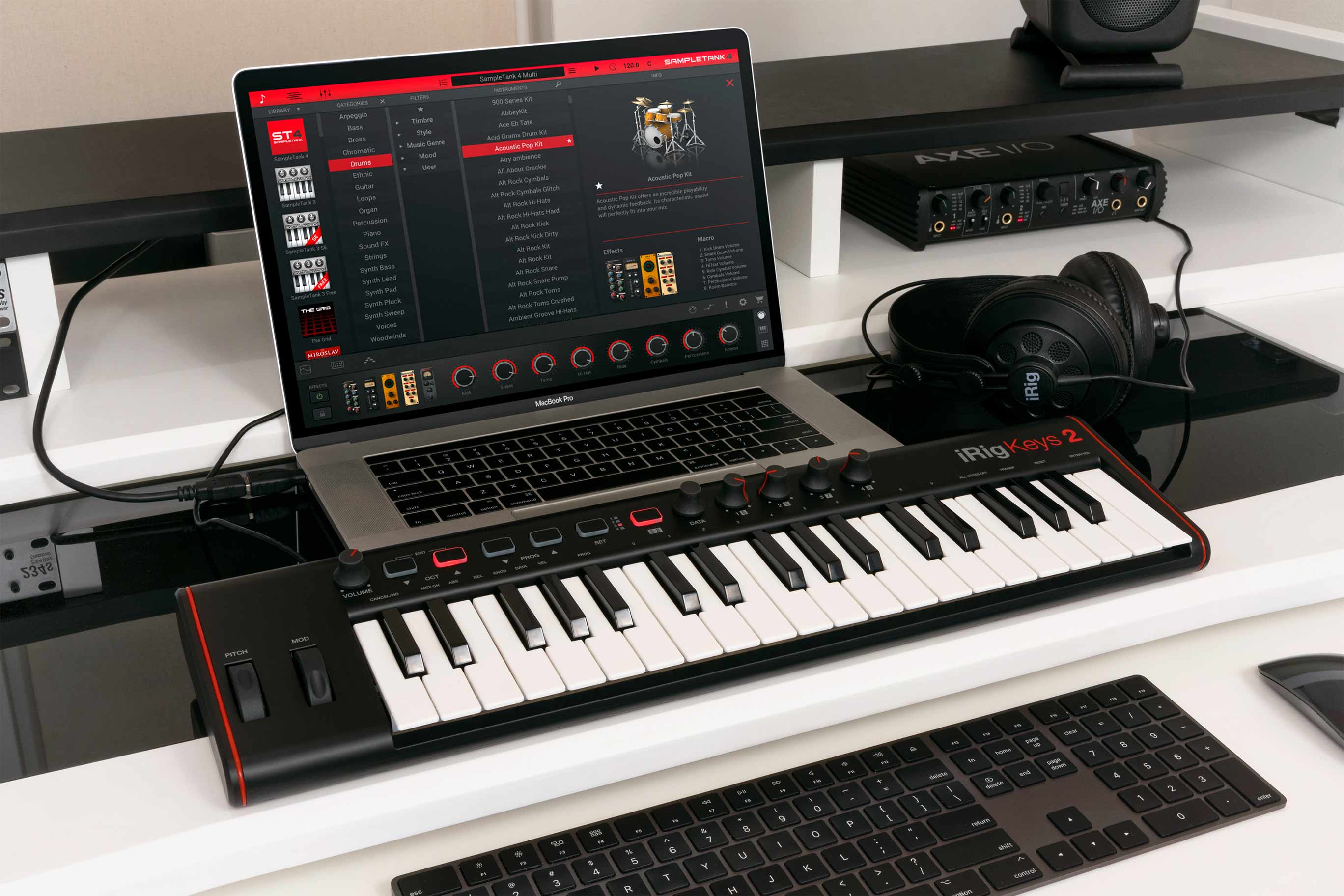 iRig Keys 2 series includes two models: a Pro option with 37-full sized keys and the iRig Keys 2 with 37-mini keys. In other words, one is tailored towards more accomplished users looking for full-sized keys, whereas the other is great for backpack musicians and tight spaces. These new Mac/iOS MIDI keyboards also feature a refreshed look and design with rounded corners, a sleek black finish and red accents.

On both models, you’re looking at 3 octaves of velocity-sensitive keys and a series of customizable on-board physical controls. Those include a mod wheel, pitch bend, octave switchers, four assignable knobs and more. The new Mac/iOS MIDI keyboards also sport MIDI inputs and outputs this time which will enable you to sync them up with external gear like the UNO Synth.

While there isn’t anything overly special about these controllers, sometimes that’s all you need. There’s no need to spend a fortune on a keyboard with loads of controls you don’t plan on setting up and customizing. And that’s where IK’s new Mac/iOS MIDI keyboards shine. They are basic, look great, and carry quite an affordable price tag. On top of that, IK is also throwing in a collection of software with thousands of sounds across both Mac and iOS setups.

from $130
You’re reading 9to5Toys — experts digging up all the latest technology and lifestyle deals, day after day. Be sure to check out our homepage for all the latest news, and follow 9to5Toys on Twitter, Facebook, and LinkedIn to stay in the loop. Don’t know where to start? Check out the best Apple deals, our daily podcast, and subscribe to our YouTube channel