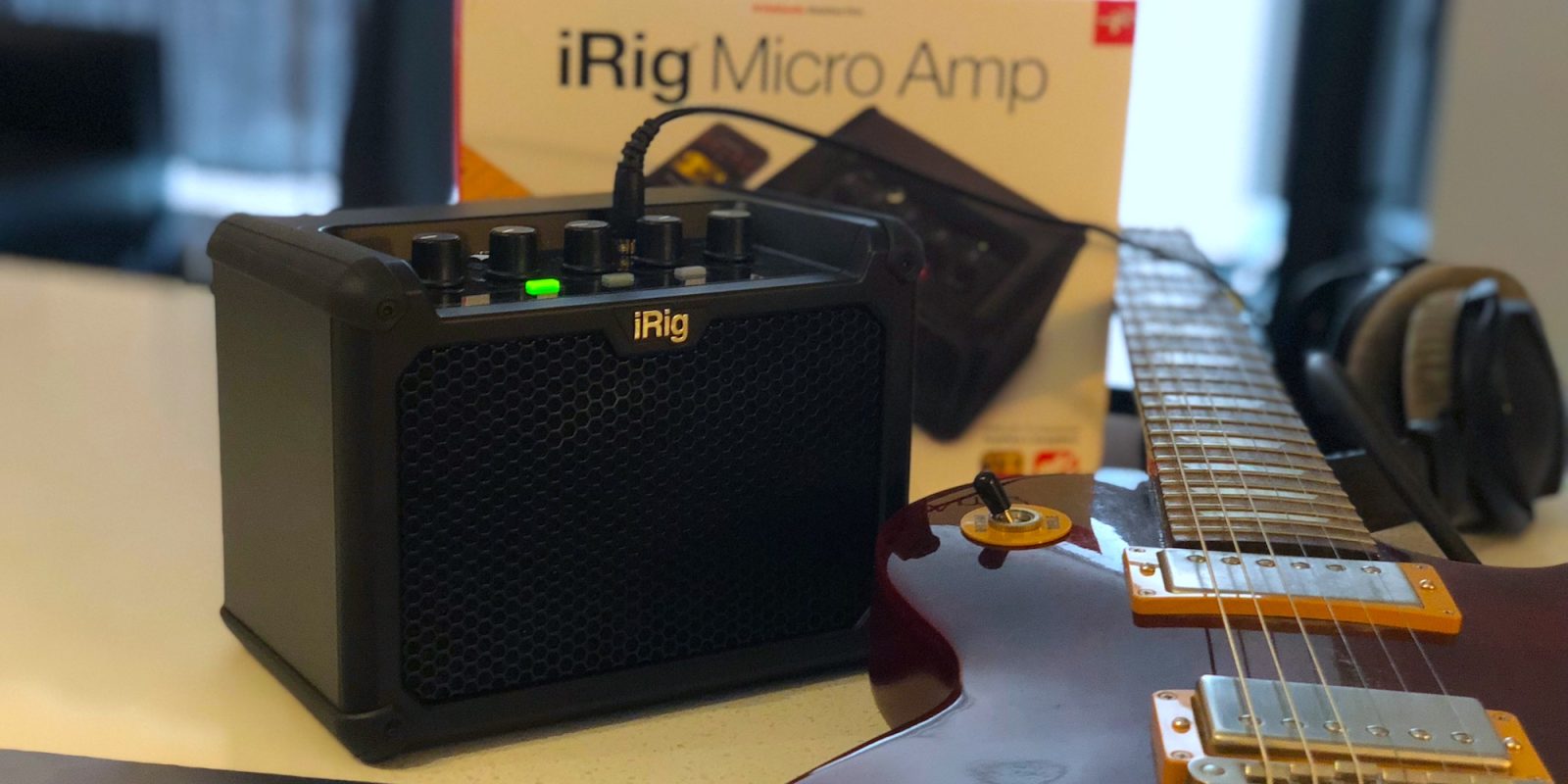 Today we are diving in head first with the IK Multimedia iRig Micro mini guitar amp. This tiny device offers up a ton of value on paper with an integrated audio interface and software emulation system, but does that justify the price tag? We went hands-on to find out. Head below for all the details.

IK Multimedia has been a leader in the mobile recording space for a while now. It has generations of some of the best and most affordable iOS compatible recording interfaces, microphones, speakers and even drum machines. IK has since began to combine some of these technologies into more specific products to increase the overall usability for its customers.

One such example is the new iRig Micro mini guitar amp. This portable amp provides players with an extremely lightweight speaker as well as access to the company’s amp emulation software and a built-in recording interface for iOS and Mac. It certainly isn’t the ideal converter for hardcore producers and professional engineers. However, it offers up a ton of value and practicality in one tiny and, all things considered, quite affordable little box. 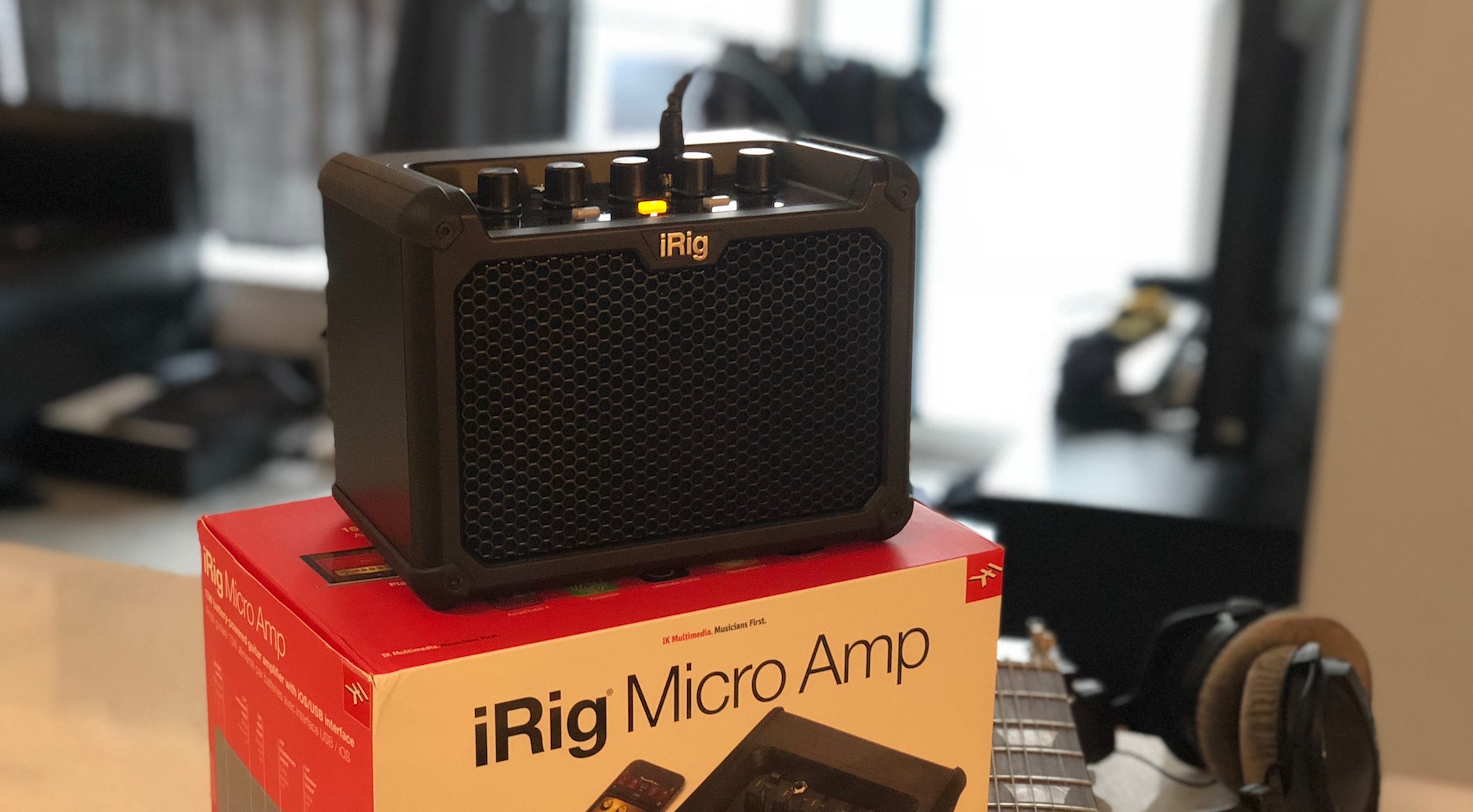 This tiny little amp – most people can pick it up in one hand – is made of a hard plastic. It doesn’t necessarily scream high quality or premium materials upon unboxing, but it’s actually a bit more durable than I was expecting for the price. It can be powered via six included AA batteries for portability or with a typical power adapter. It’s not the loudest thing you’ll ever hear but even at the 7.5 Watt output (15W when plugged in to the wall), it made more than enough sound to fill a bedroom or den. I have experienced a few mini guitar amps in the past that are, let’s just say, noisy at best. But the iRig Micro, on the other hand, is about as devoid of hiss and hum as you could ask for.

The amp itself boasts basic volume and tonal controls as well three analog signal paths with varying degrees of distortion (clean, drive and lead). All-in-all, it’s a pretty capable practice amp with a four-inch speaker. But it is the multi-functionality IK has implemented here that makes it standout from the pack.

The iRig mini guitar amp has a built-in 24-bit, 96kHz audio interface for recording. That means you can essentially connect it to your Mac, PC or iOS device and use it as the system’s audio interface. Plug your guitar into the amp, the amp into your device and you can record your guitar parts directly through the system to your favorite DAW. It’s a great little recording and monitoring device for guitar players looking for the best of both worlds on a budget.

IK’s little mini guitar amp gets a whole lot more interesting when you factor in the app integration. The amp itself has a micro USB connection that can either connect to your Mac/PC or your iOS device as we mentioned. But that will also enable you to use the AmpliTube software to process your guitar. Whether you’re on Mac or iOS (we did not test any PC setups for this review), you simply download the free software after registration and you’re ready to go. After connecting to AmpliTube, the amp’s hardware EQ and gain pots magically become controls for the software.

AmpliTube comes with a host of free amps, speakers and stomp box effects you can then process your live guitar with. Think of it as a sort of looped system where your incoming signal gets bounced back and forth from the amp to the software so you can apply effects to your recordings or live performances. It would have been nice to be able to control all the app features from the amp, but that would require a much more thorough control panel and likely a couple hundred more dollars on the MSRP.

Both versions of AmpliTube (Mac and iOS) come with a host of free amps and FX, but there is also a load of stuff available from Fender and more to expand your setup down the road. That is great news, but I did find the iOS version of the app to be a little bit cumbersome. There are some great features in there like basic recording, a guitar tuner and even some backing drum grooves. But the IAP links are spread all through the free AmpliTube CS app. This is something I would have preferred to have been tucked away in a dedicated menu as opposed to linked throughout the app itself.

On top of a dedicated headphone out, the mini guitar amp itself also features a cabinet output on the backside. This is great for recording through other interfaces or connecting to external mixing boards. But you can also use it to connect to larger amp speakers. Essentially, this means you can make use of the looped app emulation system and the free software while still sending your signal out to a larger, room shaking amp. While I don’t expect to see pros bringing this thing up on stage with them, the ability to connect the integrated system to a larger speaker and still be able to flip through FX on your phone is a seriously cool bonus. 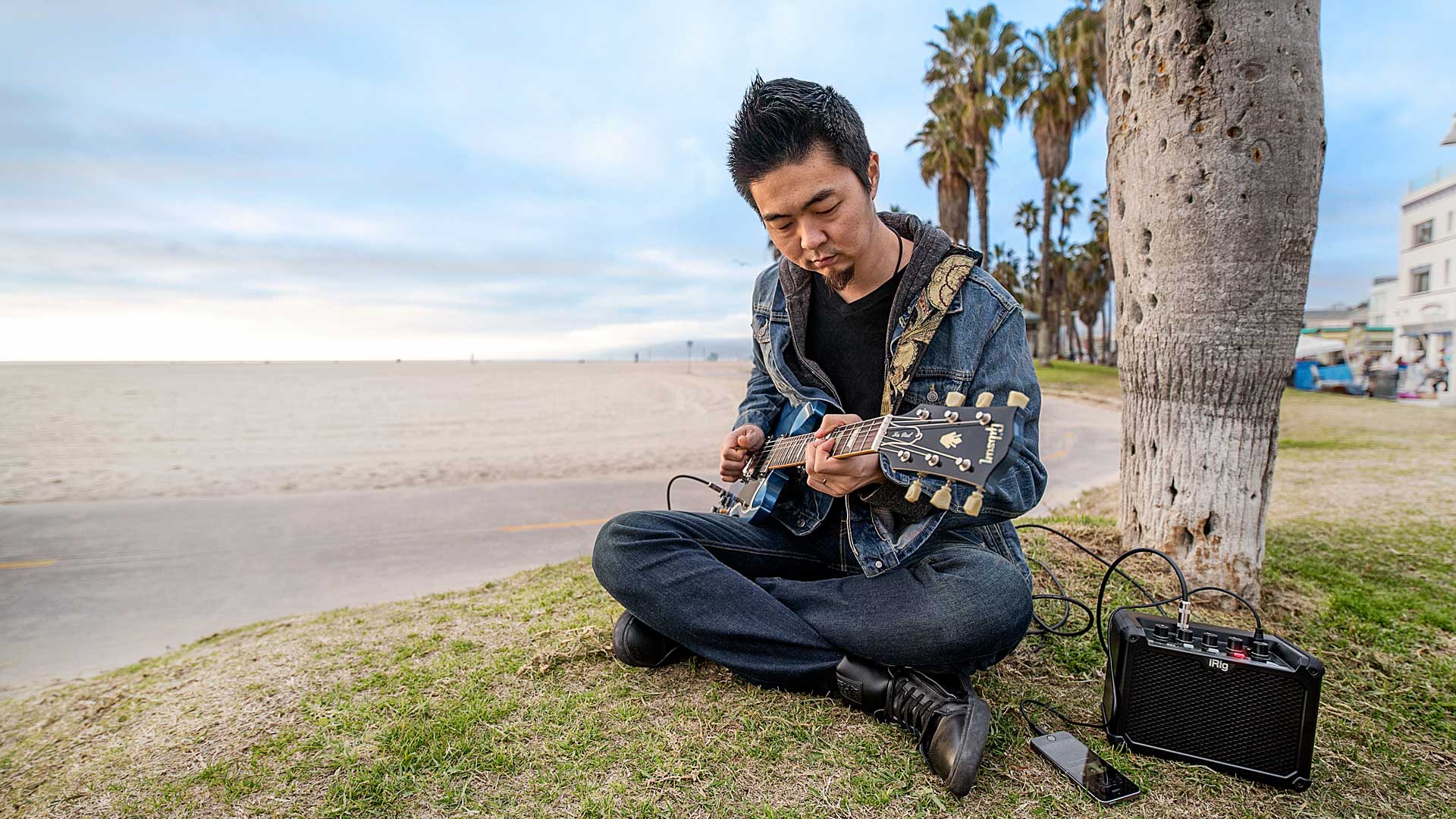 All things considered, I was significantly more impressed with the iRig Micro Amp than expected. I would have liked to see a less plastic-feeling exterior and even some kind of integrated handle for easy carrying. But like I said, most people will be able to lug this thing around in one hand, if not just in a typical backpack. In its most basic form, it is a great little practice amp that sounds about as good as you could expect at $149 and with a 4-inch speaker.

The external power supply is not included, nor is there a USB-C cable for newer MacBooks and the like. This was a little bit annoying for me, but most people will have extra cables and power supplies laying around the house, and if not, they are quite inexpensive add-ons.

The added bonus of doubling as what could be an expensive audio interface is just the icing on the cake. And the software side amp emulation takes it over the top. The included version of AmpliTube will also work as an AU plug-in inside of Logic Pro X and other DAWs. I loved this part of it and it seemed to be the best way to use the device when recording for me. In one simple purchase, you get a fully functioning audio interface for your Mac or iOS device, a small practice amp and arguably hundreds of dollars in amp/FX software.

The iRig Micro Amp carries a $149.99 retail price, but you can currently lock one in for just over $140 on Amazon right now.