Dock your Apple Watch on elago’s vintage stand, on sale from $10 in both colors 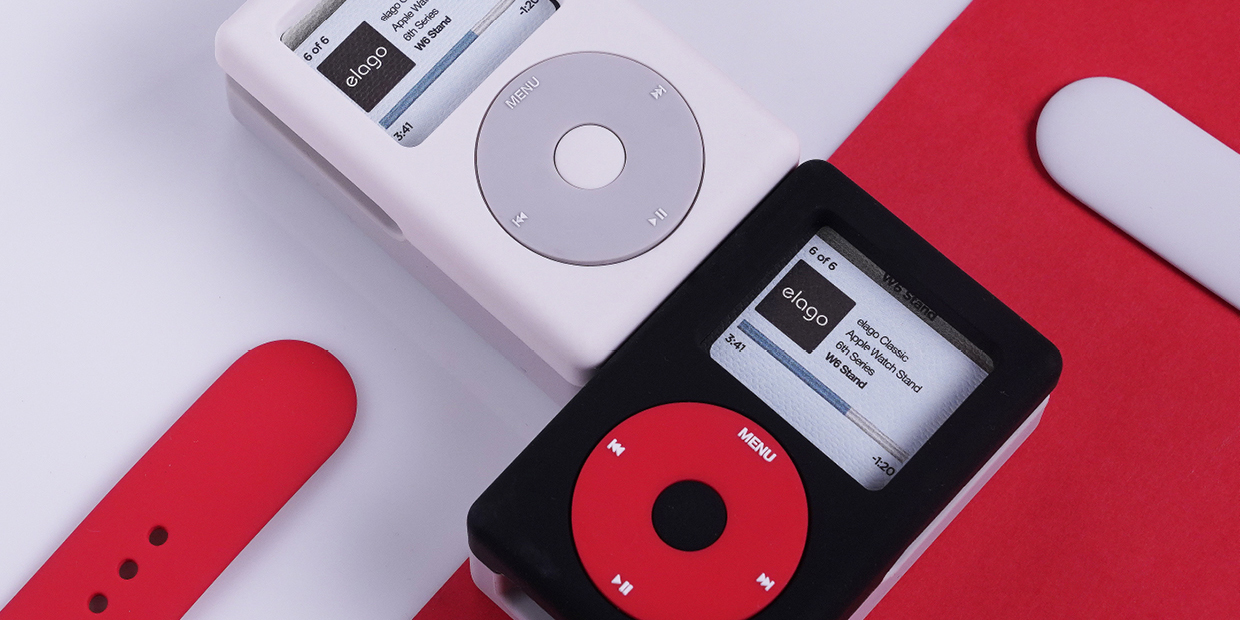 elago’s official Amazon storefront has its W6 Apple Watch Stand in white for $9.99 Prime shipped. Regularly $15 or more, this is a match of the Amazon all-time low and the best price we’ve tracked since it was announced. Perhaps more notably, the black and red version is also on sale today for $11.99, which is down from the usual $15 going rate and a new all-time low. There’s a lot to love about Elago’s new Apple Watch dock, which delivers some gorgeous iPod vibes for all you Apple fans out there. It’s made of silicone, so you won’t have to worry about scratching your wearable while charging. Rated 4.3/5 stars.

While elago’s dock is particularly affordable, you can drop the throwback Apple design for this minimalist alternative at $7.50 with the on-page coupon. Of course, there isn’t nearly the vintage flair and iPod visuals, but this dock will do the job if needed. Rated 4.7/5 stars.

You’ll find even more Apple accessories on sale over in our constantly updating guide, which includes deals on some of the latest Apple Watch models.

Here you'll find all of the best Apple Watch deals on the internet today from retailers like Best Buy, eBay Daily Deals, B&H and more. Apple released its first timepiece back in the Spring of 2015 with three different models to choose from: Apple Watch Sport ($349-$399), Apple Watch ($549-$1,099), and Apple Watch Edition ($10,000-$17,000). It is available in 38 and 42mm varieties in multiple finishes. Apple has a wide selection of Watch bands, including leather, nylon and silicone options. There are also third-party bands available from retailers like Amazon.