Configure your own modular Insta360 One R action cam with up 5.3K video, more 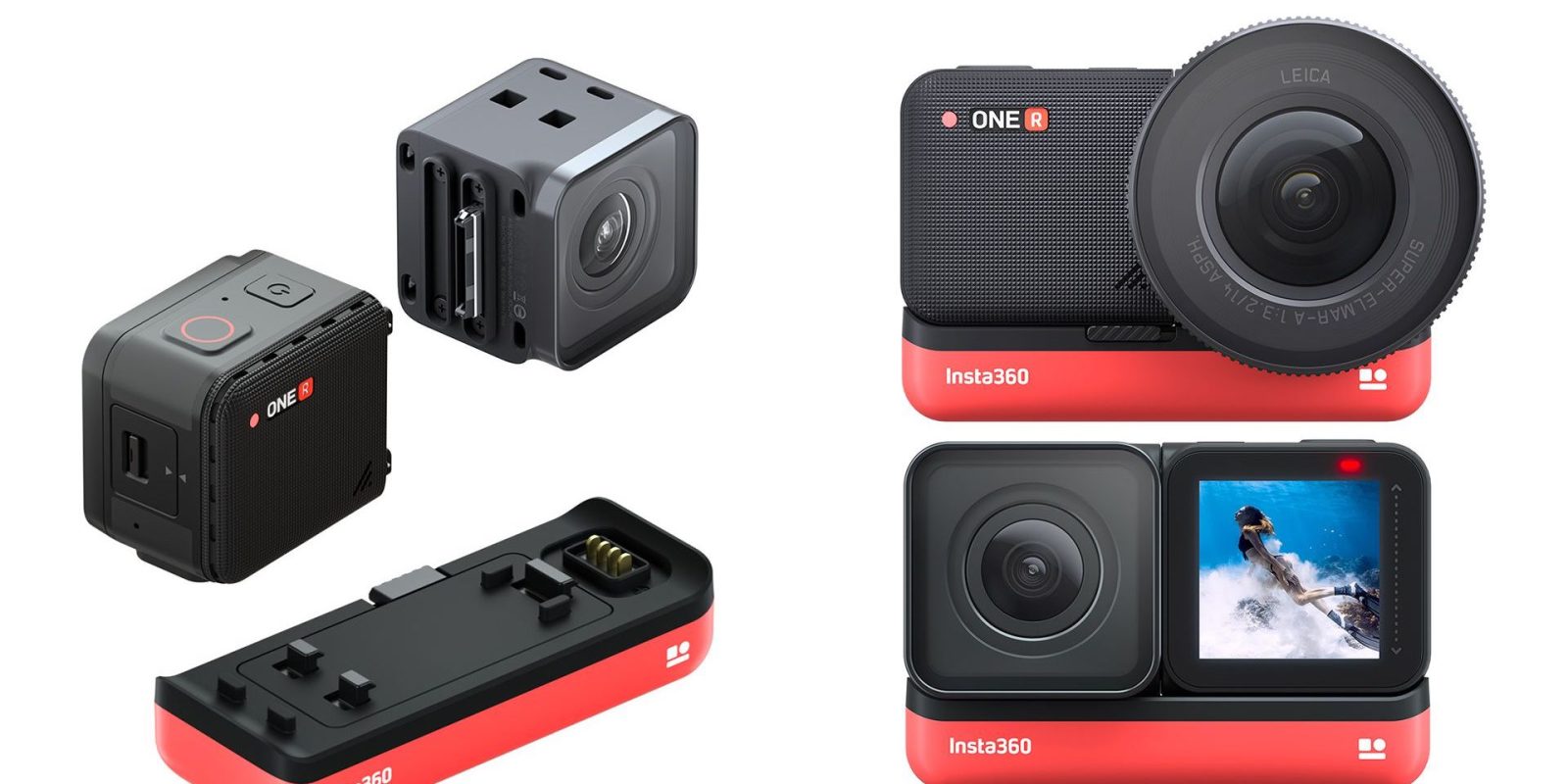 The new Insta360 One R combines a 4K action camera with a 360-degree shooter in one versatile hybrid system. This is very much the same as the company’s previous-generation 360-degree cameras but with a new modular design that effectively allows customers to create their ideal action camera system. All the details are down below.

Insta360 One R is a modular camera system made up of 3 individual parts: A battery-equipped base that holds it all together plus a lens and the core. The battery base is just what it sounds like — a small piece that flanks the bottom of the device and houses the system’s battery. Its core is essentially the brains of the operation and carries the screen, power buttons, other controls, a USB-C port, and a microSD card slot. Insta360’s core connects to any of the system’s available lenses, and then the whole thing snaps to the battery base to complete the setup.

On top of the unique modular nature of the new Insta360 One R, the company is looking to future proof the device with additional mods, a software/editing suite, the companion mobile app, and waterproofing. It can safely dive down to 5-meters naked while an add-on Dive Case increases that depth to 60-meters. That’s not quite as impressive as the Go Pro Hero 8 Black, but for a modular system with significantly more customization options, it’s not bad. 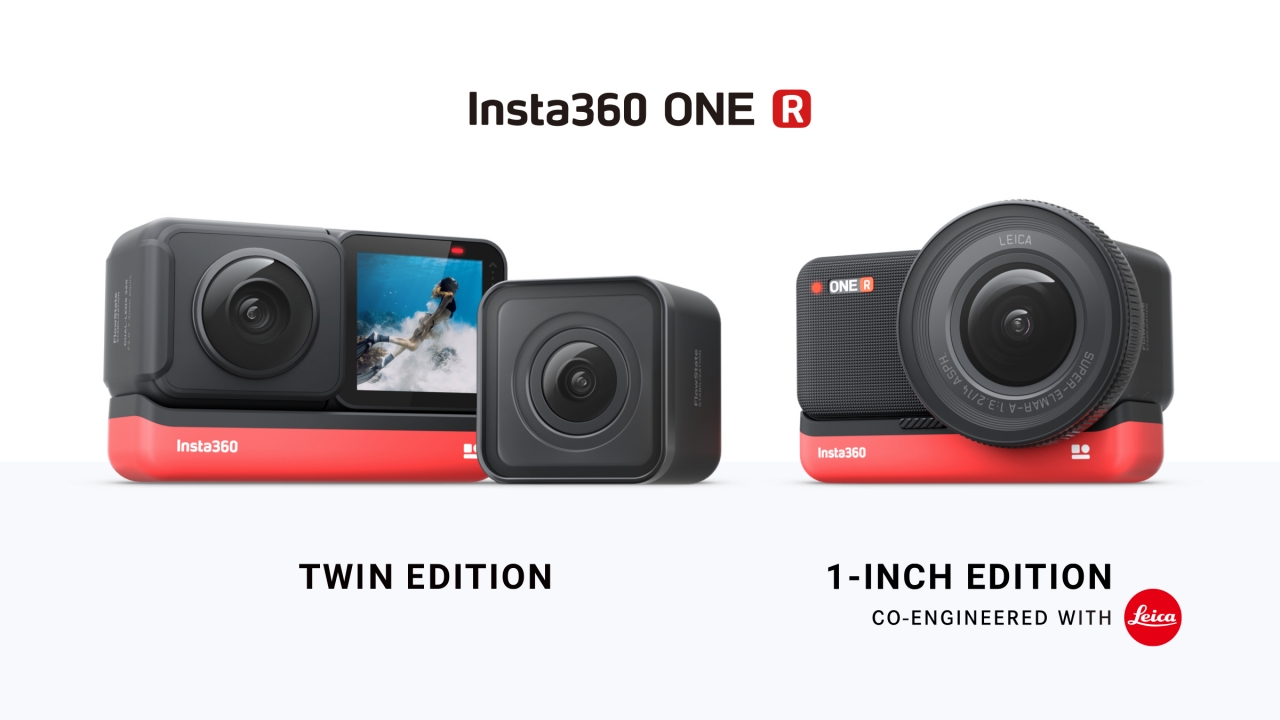 According to hands-on reports, image quality is on par with the previous generation Insta360 One X, but with a better software suite. Not only is the night time/FlowState stabilization and HDR video improved, but it also features Deep Track subject tracking, FlashCut auto-editing, voice control, and Auto Frame for 360-degree videos. All of which will seriously aid soon-to-be pro filmmakers to get the ideal shot by ensuring the subject is front and center without loads of meticulous keyframing and things of that nature.

While reports suggest the desktop editing app is mostly the same and slightly underbaked, it has included some new features alongside enhancements on the mobile side of things. Along with more in-depth file format/codec support on the desktop, you can edit your footage in the mobile app without even downloading it to your phone or eating up the camera’s on-board battery.

Various configurations of the new Insta360 One R are now available. The Insta360 One R Twin Edition includes the 360-degree and 4K cameras along with the base unit for $479.99 while a premium option with a 5.3K one-inch wide-angle lens co-developed by Leica goes for $549.99. The base model with just a 4K camera is expected to launch at $299.99 sometime today, but it doesn’t appear to be available just yet.

You can also expect some additional mods for the system coming down the pipeline as well. Those include the Booster Battery Case (doubles the battery life), the Invisible Selfie Stick (will automatically edit itself out of your footage), and the Aerial Mod to connect the system to your favorite robot flyer.

All of those most interesting tech unveiled on the show floor this year can be found in our CES 2020 news hub.