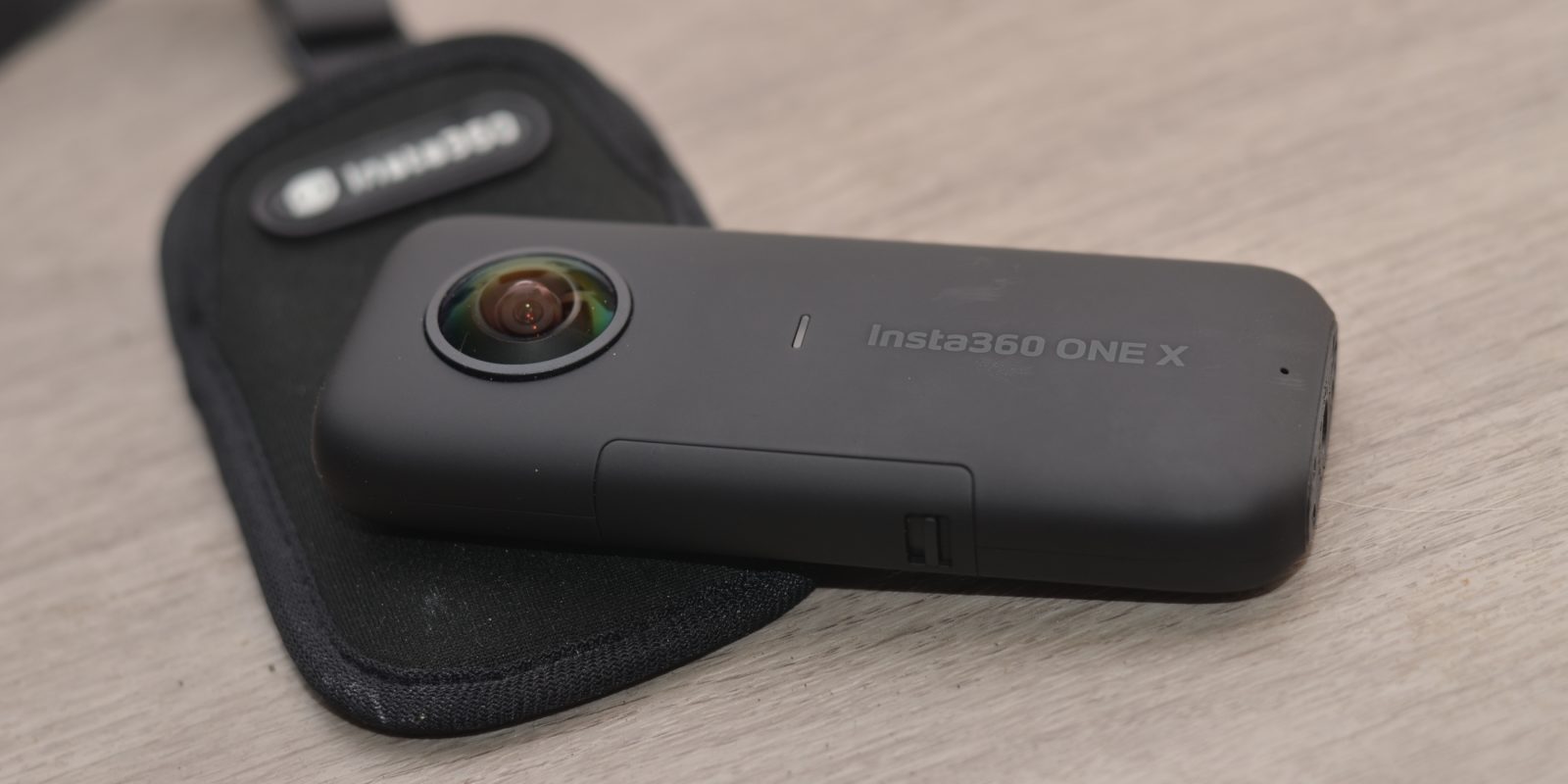 Insta360 is well-known for a series of high-quality 360-degree cameras. The latest in its line is the Insta360 ONE X, which is without a doubt one of the the best bang for your buck 360-degree cameras available right now. I’ve been testing one out for the past two months. It has totally changed the way I film my youtube videos and has made my video content so much more epic. Head below for our hands-on review.

The magic of 360 degree cameras

If you aren’t familiar with 360-degree cameras, then here’s a quick primer.

Essentially, cameras like the Insta360 ONE X have two opposing 180-degree lenses that capture everything around them. This video can then be used to create 360 videos that viewers can immerse themselves in using a phone or VR headset. Or they can create flattened videos with the editor choosing to focus on anything in the frame – since everything was captured in frame.

Imagine filming something without caring about where you point the camera. That’s how a 360 camera works. You simply click record and then can point the camera anywhere you want. It’s always capturing everything above, below and around it in every direction.

Technically speaking, the field of view for each opposing camera lens is more like 179-degrees. That leaves a small plane where the video feeds are stitched together. The software does a great job of somehow figuring out what should go in that small blind spot and filling it in. And that blind spot makes a really cool effect: the invisible selfie stick! Videos shot on 360 cameras that are mounted on handheld selfie sticks end up looking like a drone shot if held high, or a standard video being shot by a cameraman, even when it’s technically a selfie video. 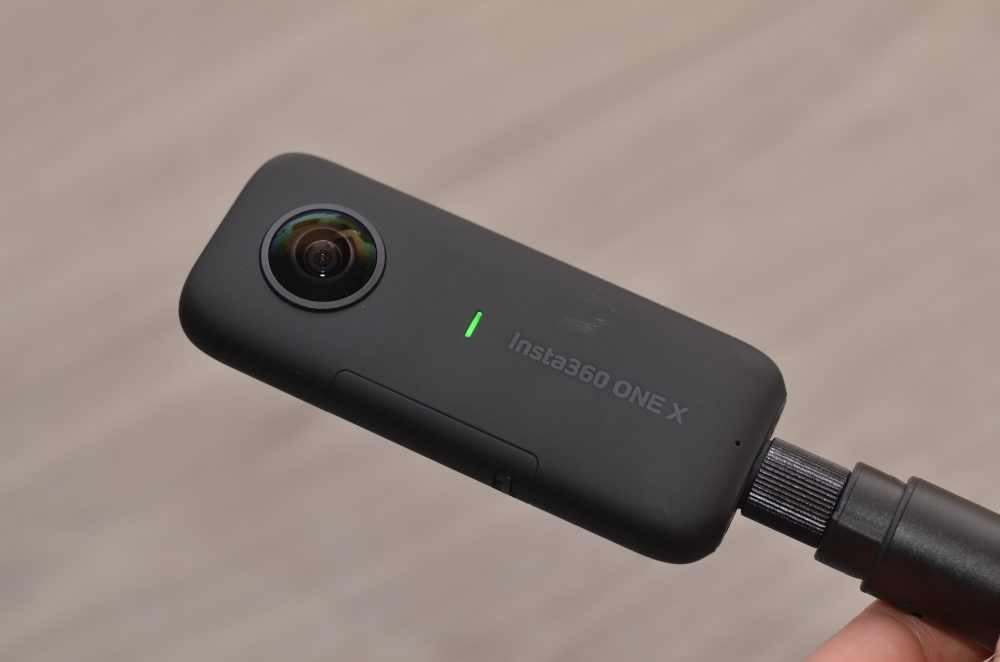 The awesome effect of a powerful 360 camera like the Insta360 ONE X is hard to explain in words. You’ll definitely want to check out my review video below to see it in action.

The Insta360 ONE X is an incredibly versatile camera. It has a 5.7K sensor which means that even when you crop down video to a flat image, you still retain higher resolution than the last generation of 4K competitors. And with 18MP pictures, you get great detail even when zooming in.

The Insta360 ONE X also has an impressive array of features. Everything from FlowState stabilization that makes videos super smooth, to Cinematic Slow-Mo captured at up to 100 fps. The HDR also works incredibly well and creates no motion blur. 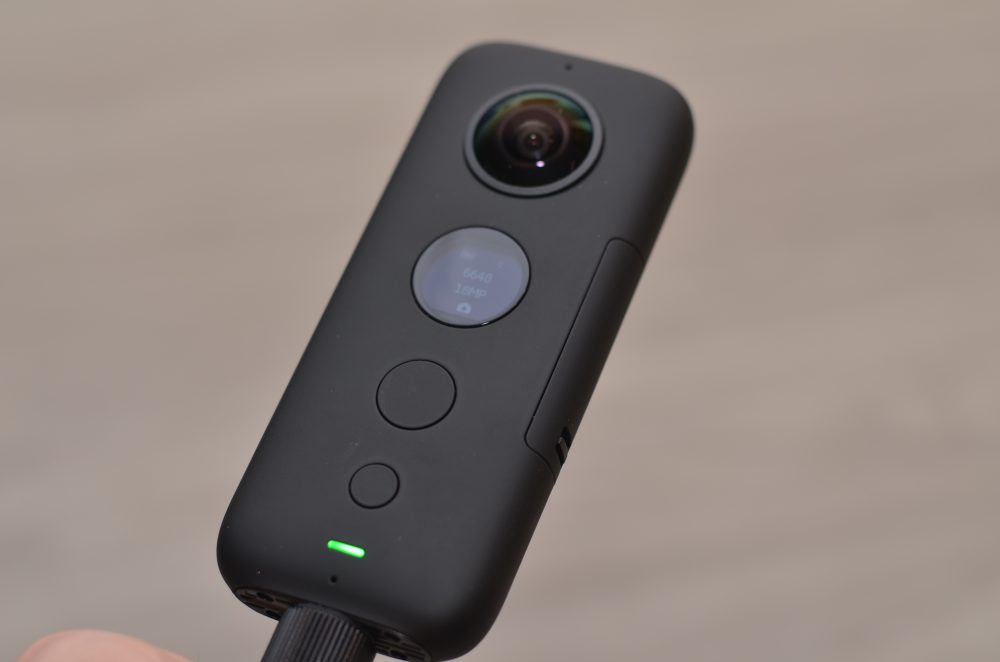 Working with the footage is also a piece of cake. The Insta360 ONE X includes built-in Wi-Fi to transfer files. You can also transfer over a corded connection, but the WiFi works so well that I use it probably 90% of the time. It’s also great for previewing your shot on your phone in advance – though previews aren’t nearly as important with 360-degree cameras since you capture everything in frame with every shot.

Insta360’s smartphone app is surprisingly good. I normally despise video editing on my phone, but that’s how I’ve ended up doing most of my Insta360 ONE X editing. The app just works so well and is feature packed. 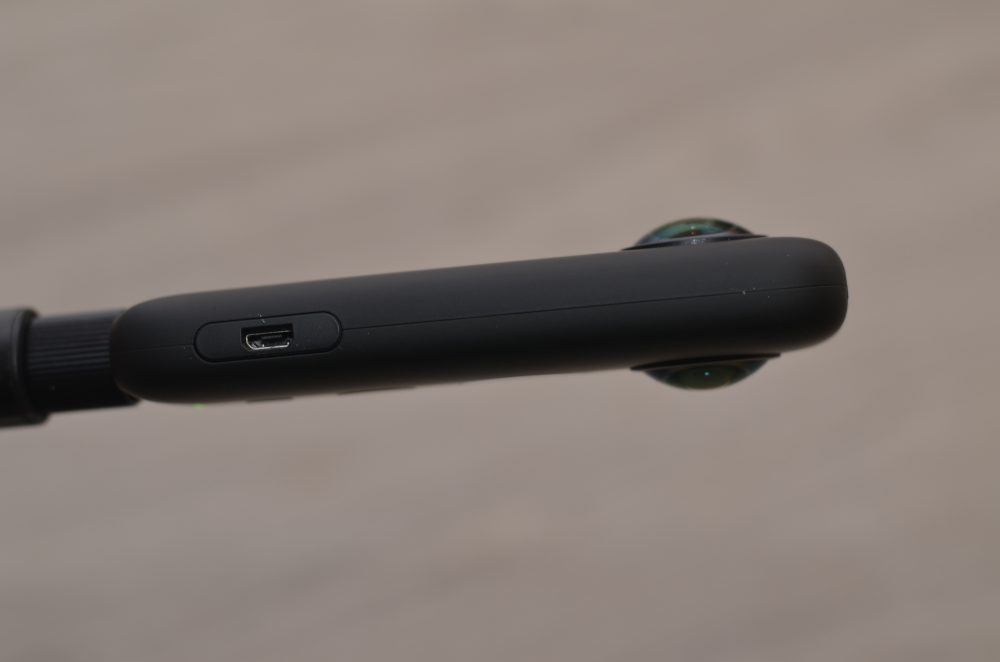 On the other hand, the desktop app Insta360 Studio for One X is a lot tougher to use and lacks many functions found in the smartphone app. It’s fine for just reframing video, adding keyframes and exporting it. But if you want to get fancy with hyperlapsing and other effects, you have to use the phone app. Its desktop counterpart is constantly improving though as Insta360 pushes updates. Last month they gave us keyframes, so who knows what they’ll give us next. It feels like they created a great camera and phone app, then rushed it out before the desktop app was finished. But with such a good phone app, I’ve never been unable to achieve an edit that I’ve desired.

There’s also a great suite of accessories for the Insta360 ONE X. You don’t have to use their specific accessories, since the camera has a 1/4-20 tripod mount and fits any GoPro accessories when using a 1/4-20 adapter. But I got a pile of the accessories and they work great, just like official GoPro accessories. The bicycle mount was perfect for my motorcycle, and I was amazed at how well the FlowState stabilization worked. Any other camera mounted on my handlebars would have been violently shaking, resulting in poor quality video. But the Insta360 ONE X produced buttery smooth footage. Make sure you watch my review video above to see it in action – you can’t really explain it in words, you’ve got to see it. 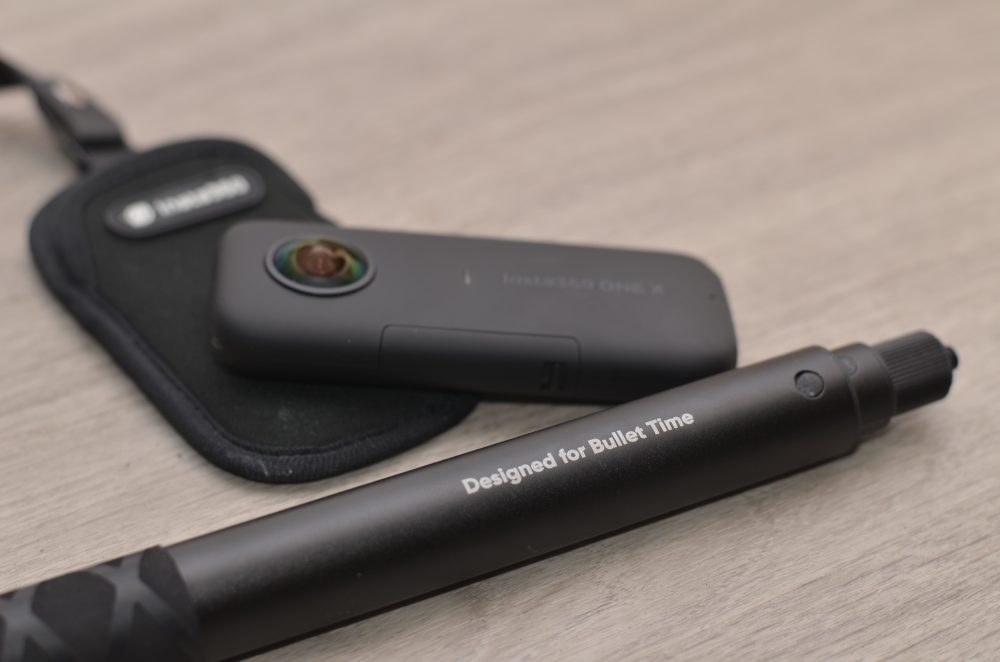 For me, this camera is a total buy. At first the $399 price tag might seem expensive. But the Insta360 ONE X basically replaces my $1,200 drone, my $250 GoPro and my $89 smartphone gimbal. So for me, a versatile camera like this is totally worth it.

I create a lot of YouTube reviews for electric bicycles and e-scooters, so I’m constantly trying to film myself. The invisible selfie stick effect combined with the super high resolution video that the Insta360 ONE X creates is critical to being able to create my professional level videos.

The Insta360 ONE X is now one of the most important pieces of gear in my film-making arsenal. I would recommend it without hesitation.