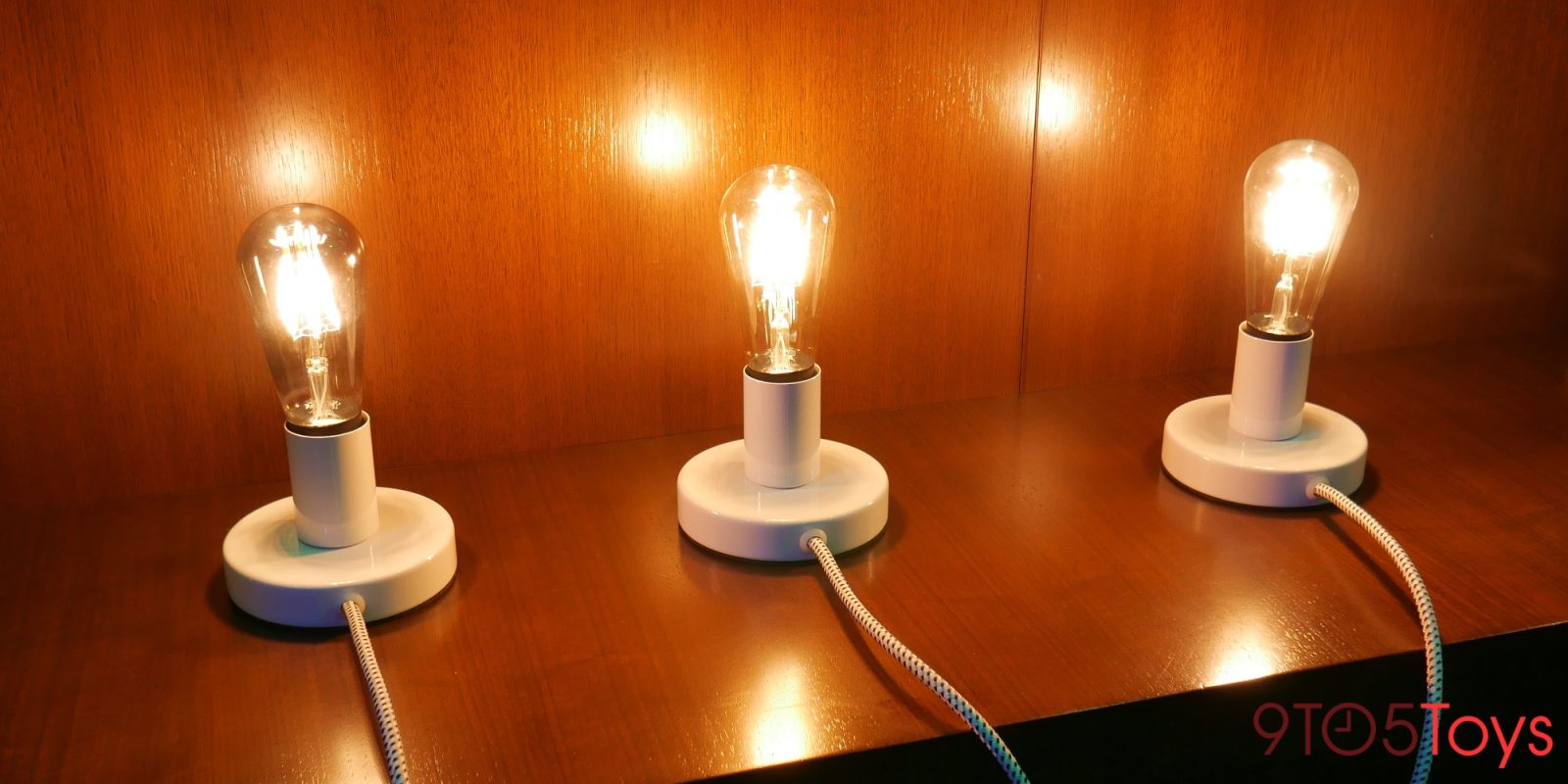 This year’s CES event is already off to a notable start, and one of the more eye-catching products falls to LIFX’s new line of smart home accessories. Leading the way, you’ll find a new triage of Edison-style filament bulbs from LIFX, alongside a TV-centered multicolor lightstrip, in-wall switch, and redesigned app focusing on automation. Much like we’ve seen in the past from the company, HomeKit highlights the new releases alongside integrating with other ecosystems and value-packed price points. Head below for a closer look at all of the new unveils from LIFX at CES this year.

Prior to CES officially kicking off this year, LIFX outfitted a suite with a variety of its smart home lighting products, including many of its new releases. The smart high rise hotel room not only showcased multicolor lighting and the like but also offered a unique way to get a closer look at the brand’s redesigned iOS app.

On the hardware side, surely the standout from LIFX’s new releases here at CES is the LED filament bulbs, which brings the vintage form-factor into the company’s line of HomeKit lighting for the first time. We’ve seen similar releases from competing smart home brands, and LIFX looks to stand out by offering a hub-less design as well as Siri, Alexa, and Assistant integration. Plus, there are three styles to choose from, with smokey, amber, and clear glass versions. All three bulbs will run $30.

Following up on its filament bulbs, accent lighting is another big bet for LIFX this year. The new Z TV 360 lightstrip is the latest embodiment of that. Available in both TV and computer monitor versions, which will debut for $100 and $70 respectively, these new strips feature individually-addressable LEDs for converting content from a screen into ambient lighting in a way that competitors can’t yet accomplish. LIFX notes that there is a partnership with Razer coming down the road with the Z TV 360, which will look to offer an immersive gaming experience.

LIFX has also taken CES to officially announce its Candle White to Warm bulb, a $30 tunable white model that joins the existing color model. On top of the new lights, we also got a look at the LIFX Switch. This in-wall light switch features four buttons that can be configured to control your lights in various ways. Alongside integrating with smart bulbs, you’ll also be able to command overhead lights that aren’t connected to your smart home.

LIFX doubles down on automation with new iOS app 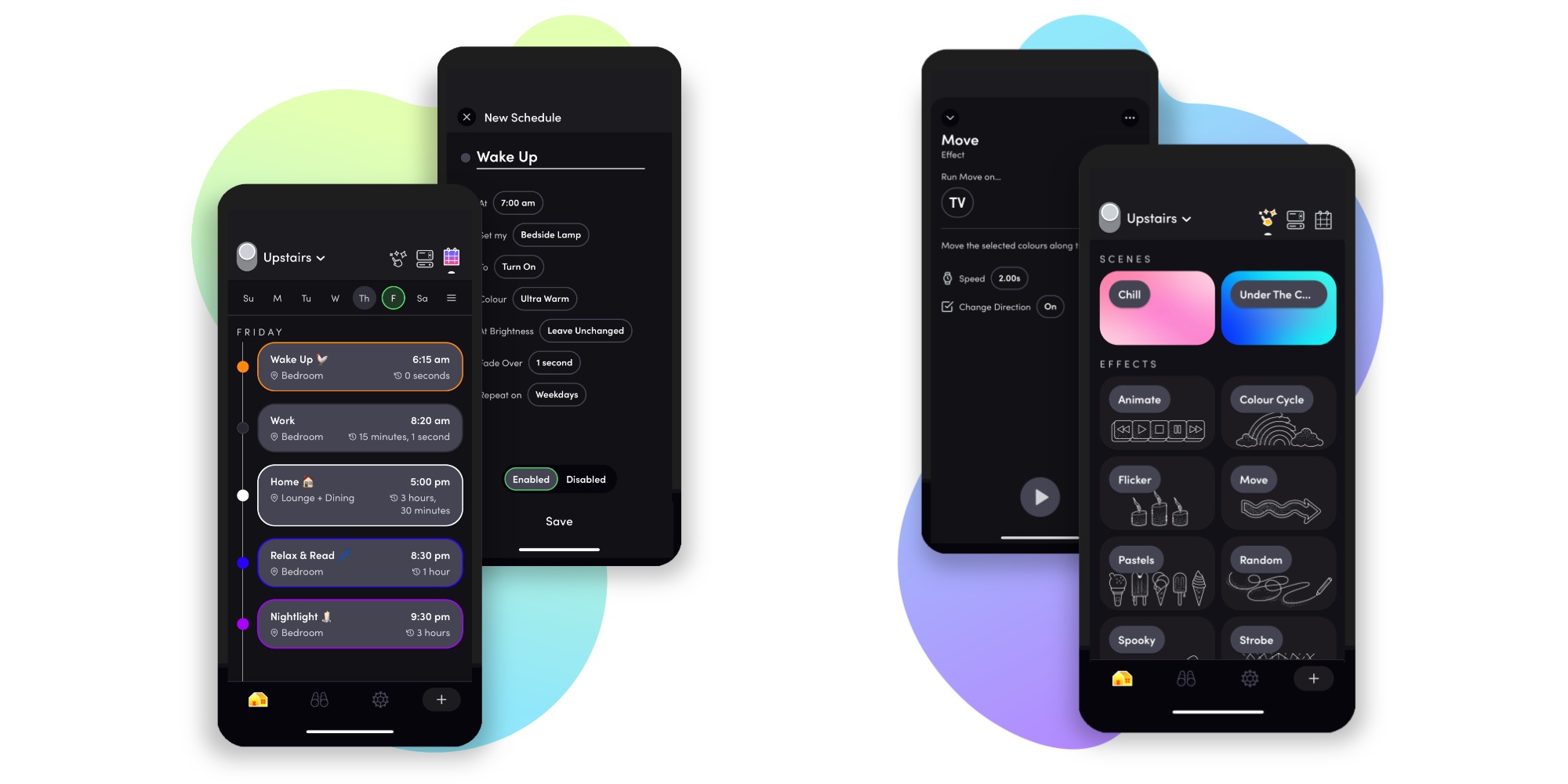 Lastly, the smart home brand has showcased a redesigned iOS application, which is said to be rolling out next week. For version 4.0, LIFX has given everything a fresh coat of paint, as well as an emphasis on automation. The former enters with a way to set up schedules and the like with natural language, rather than the more technical approach we typically see from other ecosystems.

Aside from the soon-to-launch app, you can expect to see LIFX’s recently-announced roster hit stores in the United States come spring of this year with the various price points previously outlined.

Which of LIFX’s new releases are you most looking forward to? Sound off in the comments below!

Jump over to our CES 2020 guide for additional details on all of today’s biggest releases and more out of Las Vegas.