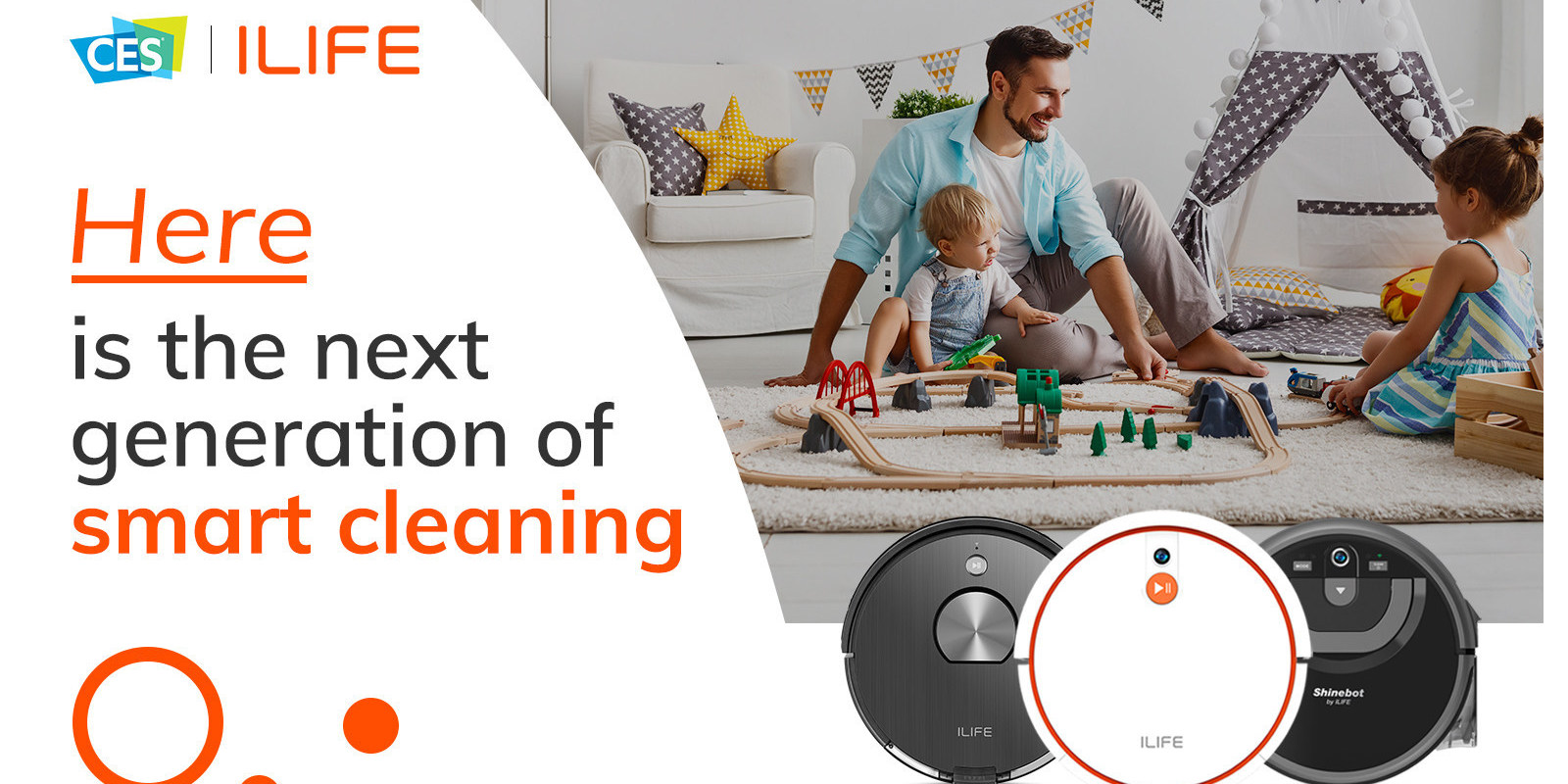 ILIFE is showcasing three new robot vacuums at CES 2020. The affordable robotics company is expanding upon its current offerings with new entries in all three of its existing product lines. With a focus on enhanced performance and cost-effective design, ILIFE is unveiling a new high-end model with laser navigation as well as the V9 vacuum and an upgraded floor washing mop bot. All the details are down below.

Among today’s new robot vacuums, the ILIFE A10 displaces the A9 as the company’s new flagship cleaning bot. The A10 is ILIFE’s very first laser-guided vacuuming and mopping robot. It uses something called the “SLAM algorithm” to scan its surroundings and make adjustments to the cleaning path which will “ensure high coverage and cleaning effectiveness,” according to ILIFE.

Its built-in tech and patented vibrating water tank with adjustable flow will avoid carpets when in mop mode. Speaking of which, the A10 quickly transforms into a vacuum bot simply by replacing the water tank with the included dustbin. The self-adjusting 2-in-1 roller brush and aforementioned sensor tech will help to ensure your carpets are dust and hair-free.

It is scheduled to launch in the “first half of 2020” but no direct pricing has been released thus far. The previous-generation model sells for $250+ on Amazon if that gives you any indication, but you can score it for $200 right now with the on-page coupon.

Next up is the Shinebot W450 floor washing robot. As the name suggests, this model is an upgraded version of the company’s W400 that uses camera navigation to systematically rid your floors of stains. Features include the TidalPower 4-step cleaning system as well as separate clean and dirty water tanks along with the CV-SLAM algorithm to “avoid missing or repeating any areas.”

There are no details on release date and price for this model just yet but the previous generation goes for around $250 but is currently on sale for $200.

Lastly for today’s new robot vacuums is the ILIFE V9. This model represents the latest basic workhorse from the company while leaving mopping duties to other products in the lineup. Featuring 4000pa of suction power, it is designed to clean both carpets and hard floors. Along with the same Panoview and CV-SLAM algorithm navigation found in the Shinebot W450, the V9 has the newly developed washable whirlwind dustbin. It uses centrifugal force to pull dust particles out of the air, ensuring the filter doesn’t get clogged up prematurely and hinder suction power.

We are still waiting on pricing and release details for this model as well. But you can expect it to land in a more affordable range if the previous generation models at $200 are any indication.

CES 2020 has been a notable one thus far with huge new unveils from almost all of the biggest tech companies out there. Be sure to browse through our announcement hub for all of the latest and greatest from Las Vegas.