Halo-inspired Nerf blasters are on the way, and yes, the Needler is among them

While just about any Nerf blaster is bound to be fun, that’s not stopping the company from teaming up with 343 Industries to deliver three new Halo-inspired models. Among the upcoming Nerf Halo blasters are the MA40, SPNKr MicroShot, and Needler MicroShot. That’s right, soon you will be able to wield your very own Needler. Continue reading for more details.

When it comes to Halo weapons, the Needler is likely to be the first that comes to mind for most. It’s especially memorable thanks to its sheer simplicity. Firing the weapon would automatically seek the closest target, allowing those wielding it to pop out for a second, fire, then return to cover.

Unsurprisingly this Nerf Halo blaster will not be able to mimic this capability. Instead it will fire a single dart, helping to deliver a compact form-factor that should rest nicely inside of a desk drawer. Once it debuts, the Nerf Halo Needler MicroShot is expected to retail for around $10. 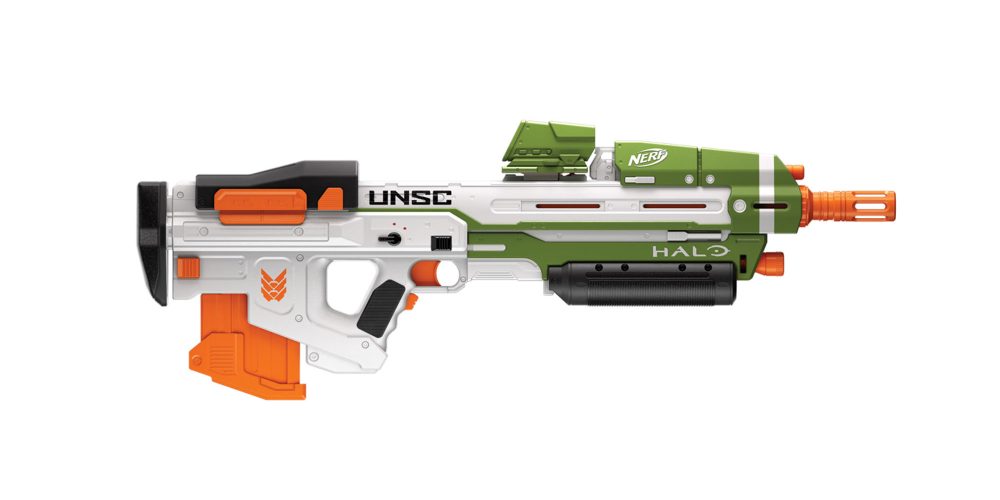 “NERF and Halo are both heritage brands that kids have grown up with and loved for decades, and we’ve found a strong overlap within our consumers.” said Adam Kleinman, Vice President of Global Brand Strategy and Marketing, Hasbro.

For those times when a single dart won’t do the trick, a Nerf Halo MA40 blaster will also be available. This motorized offering holds 10 darts with a single projectile being fired each time the trigger has been pulled. Since it is motorized, owners will finally have a reason to stock up on C batteries with four being required to operate it. Given its size and capabilities, it should come at no surprise that this model is expected to debut for a price of around $50. 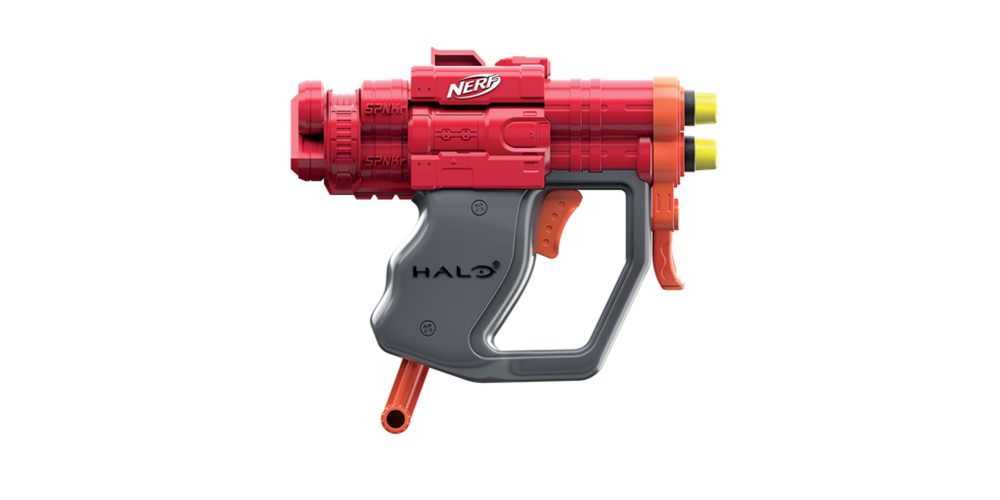 Last on the list is a Nerf Halo SPNKr MicroShot. This may come as somewhat of a shock, but this small blaster is actually a double-barrel rocket launcher in Halo. While it does in fact hold two darts, only one fires at a time, mirroring the behavior found in the actual game. Like Needler MicroShot, this blaster is said to cost around $10 when it launches, keeping its price in line with similar Nerf offerings.

No matter which Nerf Halo blaster you are most excited about, you should be able to get your hands on a model starting October 1. This release timeframe coincides with the planned holiday release of Xbox Series X. Oh, and Nerf plans on growing this segment, so expect to see other Halo-inspired blasters in the future.

While we have yet to see each blaster in person, Nerf is a brand that I expect to pull this task off with extreme precision. What you see in the images above is very likely to be what each finished product will resemble. Not only is it exciting to see Nerf bring Halo gear to life, it’s refreshing to see that despite any licensing fees accrued, each blaster price seems to be relatively low.