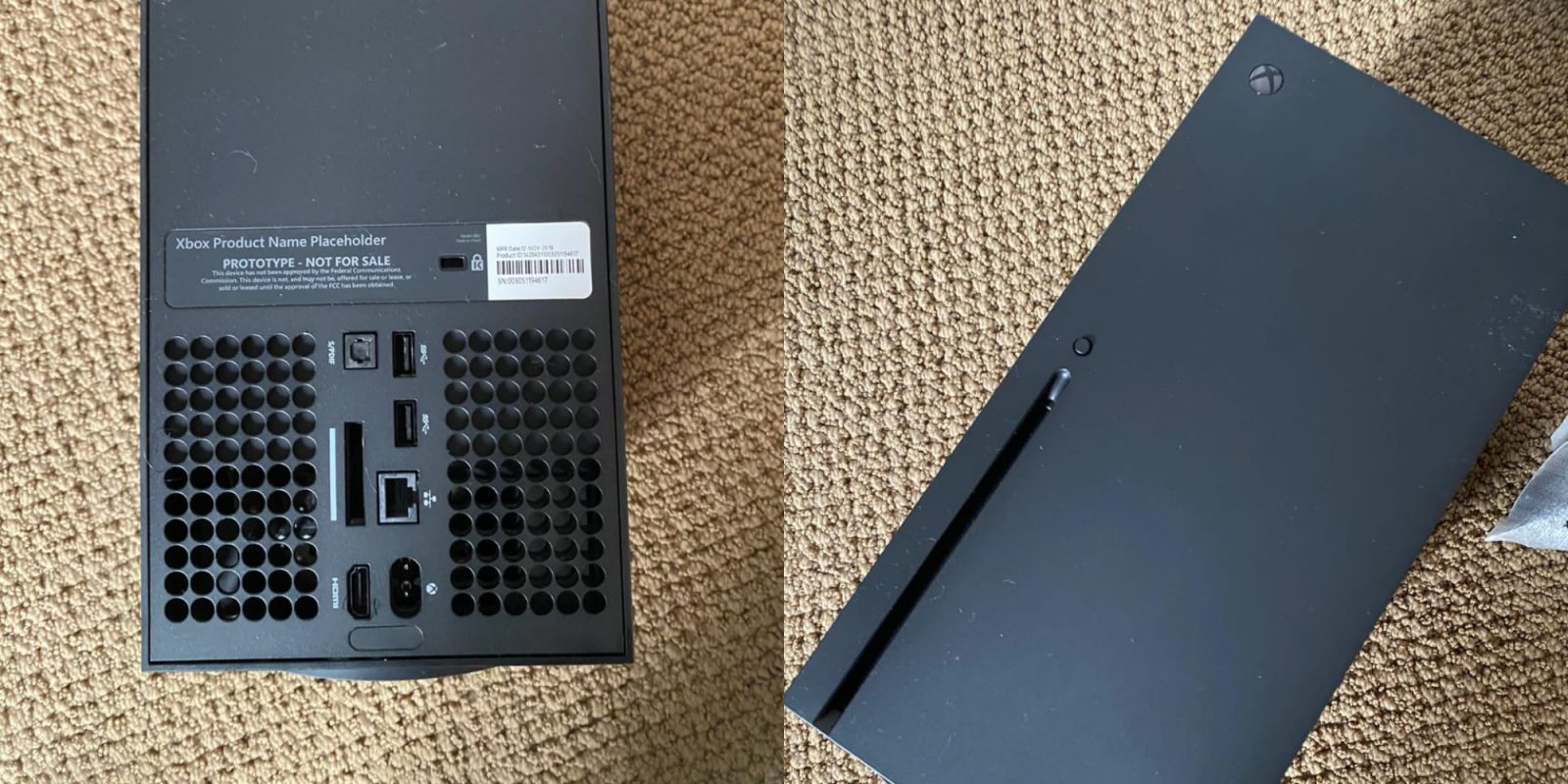 A couple weeks after AMD produced an inaccurate render of Xbox Series X, we now have what appears to be real-world photos of the upcoming console. A total of two images began making the rounds on Twitter last night and have since been vouched for by Brad Sams over at Thurrott. One of the photos displays the front of Microsoft’s purported Xbox Series X while the other showcases the back. Of both images in the potential Xbox Series X leak, the rear photo is easily the most interesting as it provides us with a glimpse of what I/O the future of console gaming may hold. Continue reading for more details.

With two alleged Xbox Series X images now circulating the web, expectations for Microsoft’s upcoming PC-like console are either being properly set or will end up misleading potential customers. The good news is that there is nothing too wild going on in these photos, helping legitimize them.

When it comes to the front of the Xbox Series X, the leaked photo would have us believe that users will one easy-to-access USB-A port. As with most electronics, the back is where much of the I/O tends to take place and it appears the upcoming Xbox is unlikely to take an alternate path. Connectivity options include two USB-A ports, HDMI-out, optical audio, Ethernet, and power.

There is also a large rectangular port, but it is likely to be for diagnostics and therefore will probably be removed from the final design. The device does have a fully-displayed serial number which means that whoever is responsible for this leak is likely be discovered. Next to the serial number is text that reads “Xbox Product Name Placeholder”, which is obviously where the name Xbox Series X is probably going to end up.

While Xbox One and PlayStation 4 have received updates since their release, each console has been around for over six year. With this much time having passed, we’re pumped to see what next-generation gaming may look like. Truth be told, the ports found here are far from groundbreaking. The inclusion of optical audio seems to be the largest standout outside of the removal of HDMI-in and unidentifiable diagnostics ports that are unlikely to ship in the final release.

While it does seem as though this leak could mirror the final Xbox Series X appearance, it’s important to remember that even if these are spot on, designs can still change prior to an official debut. For all of the official details provided by Microsoft, swing by our announcement coverage.