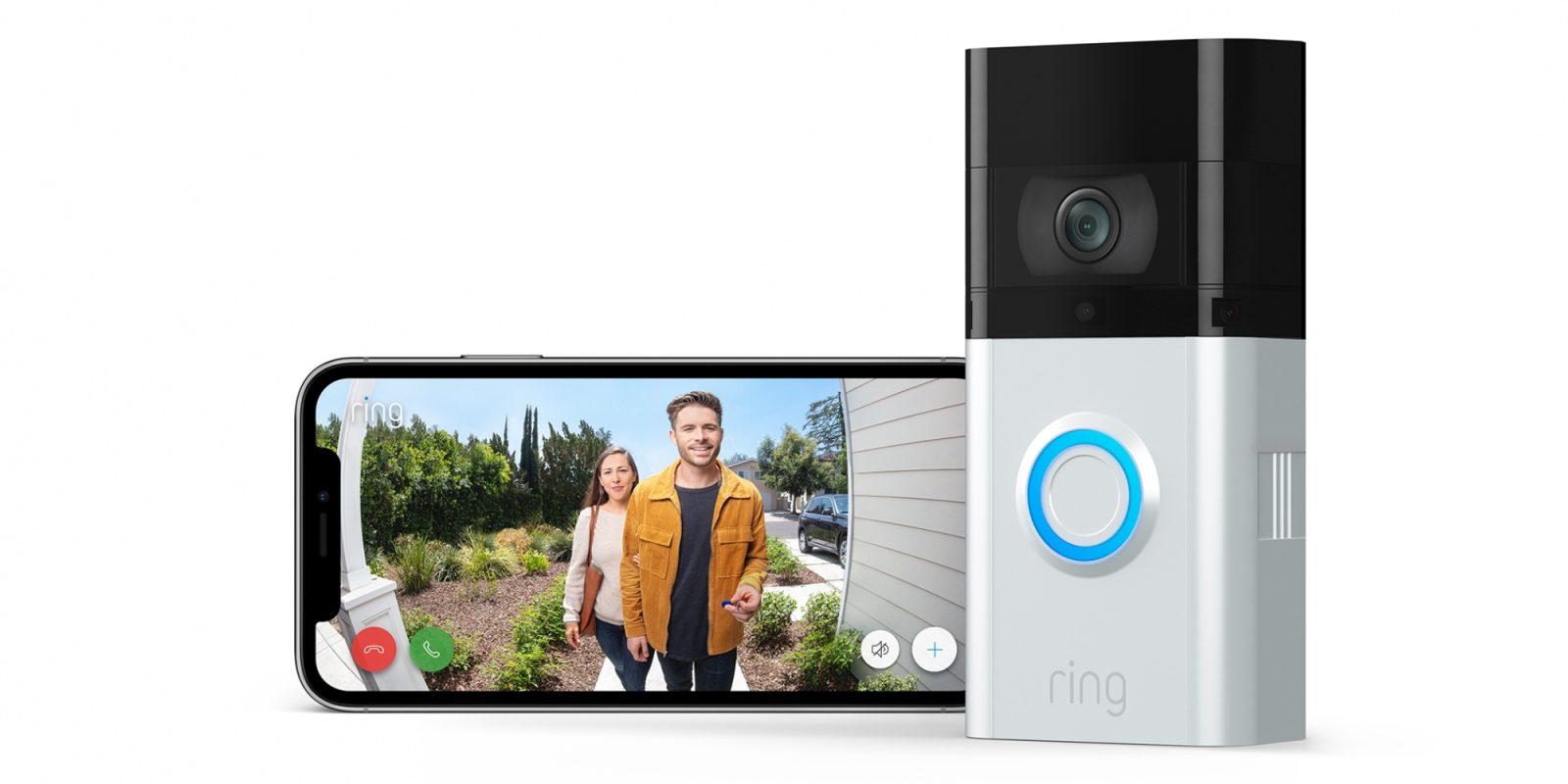 Today Amazon is expanding its stable of Ring smart home security products with two new video doorbells as well as some updated accessories. The Ring Video Doorbell 3 and 3 Plus enter with a new feature set like pre-roll recording, enhanced motion detection, and 1080p feeds, all in a battery-powered design. Head below for a closer look at what the latest from Ring entails, as well as pricing and availability details.

After refreshing its Echo lineup last fall, today Amazon is ready to move onto the home security side of its product line. Headlining the new releases is the flagship Ring Video Doorbell 3 Plus. As an upgrade to the previous generation Doorbell 2, you’ll find a familiar, battery-powered design.

The recording aspects of Ring’s latest have received some notable upgrades, with a new module that’s comprised of three separate cameras. The triage of sensors all work in unison to record activity at your door, with the three feeds being stitched together to provide a coherent 1080p image.

This allows the doorbell to capture footage in the moments before motion is detected. Amazon notes that leveraging the new system goes a long way to preserving battery, as the camera assembly draws less power. So those bringing home the Ring Video Doorbell 3 Plus won’t have to charge the battery nearly as often while still enjoying the new Pre-Roll feature. 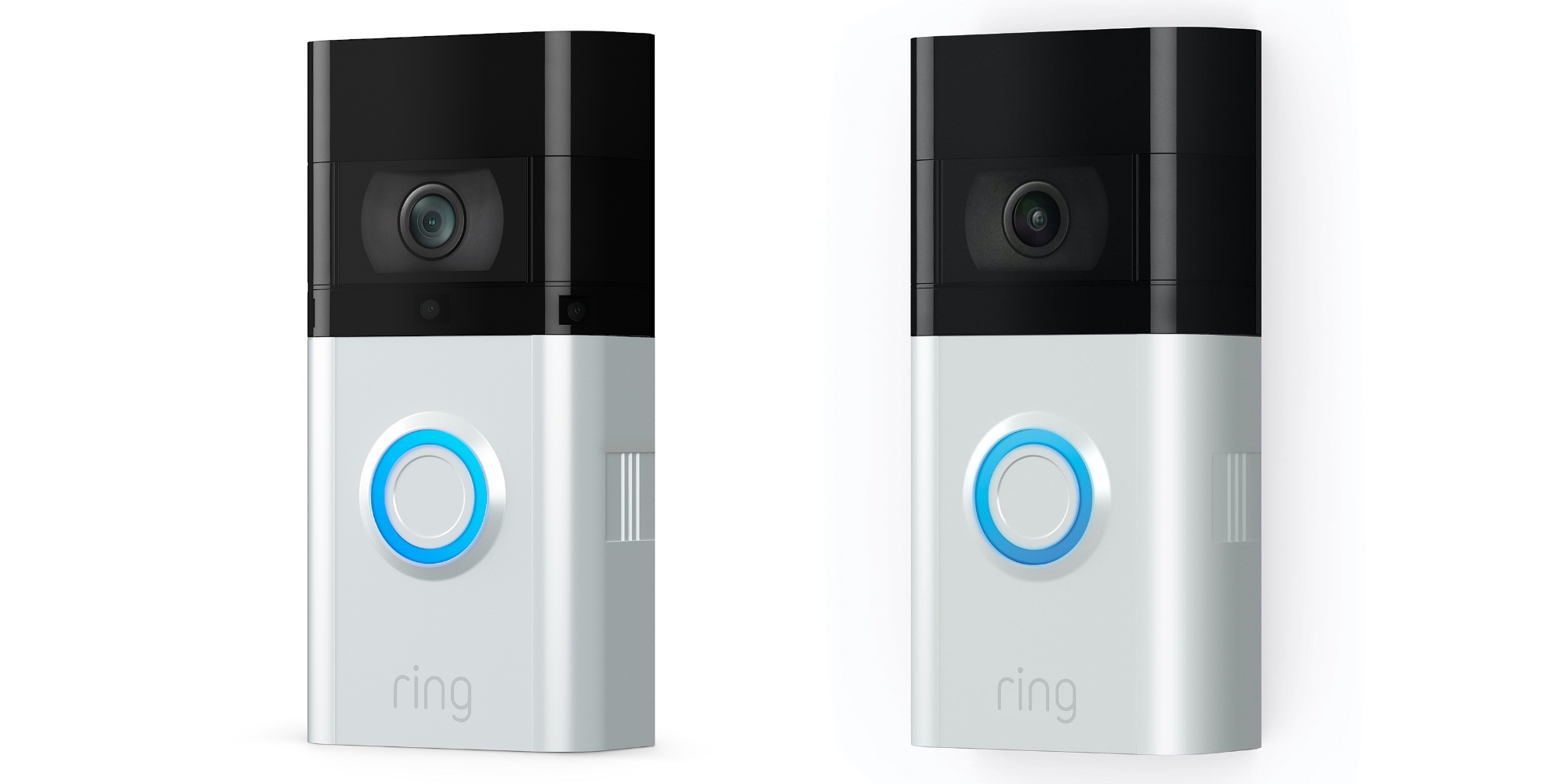 There’s also a new, adjustable motion zone sensor that can detect movement within 5- to 15-feet fo the front door. Dual-band Wi-Fi is included, as well as the expected Alexa support.

As for the Ring Video Doorbell 3, Amazon is incorporating much of the same feature set into the lower-end version of the new releases. There’s still a battery-powered design and 1080p recording, as well as upgraded motion alerts and the like. But the signature feature of the 3 Plus, Pre-Roll feeds, is nowhere to be seen here.

On top of the pair of new video doorbells, Ring is also refreshing some of its add-on accessories to the security lineup. The new Chime Pro brings audible alerts to your home when motion is detected in front of the door. It sports a built-in nightlight as well as a Wi-Fi extender for ensuring the doorbells have a solid connection. There’s also a standard Chime, which ditches the nightlight features for a lower price tag.

Given recent security and privacy fears over the smart security systems as a whole, and even Ring specifically, Amazon is taking today’s announcement as a chance to try and nip concerns in the bud. Launching with the Ring Video Doorbell 3 and 3 Plus is a new feature called Privacy Zones allows “users to exclude areas of the camera field of view from a video recording.” Only time will tell if this actually reassures potential buyers, but as for now, it’s at least a step in the right direction.

All of Ring’s new products are currently available for pre-order at Amazon and direct from the company’s online storage. The Ring Video Doorbell 3 starts at $199.99, while the higher-end 3 Plus will run you $229.99. On the accessory front, the Ring Chime retails for $29.99, while the Pro version is $49.99. Shipping is slated for next month on April 8.