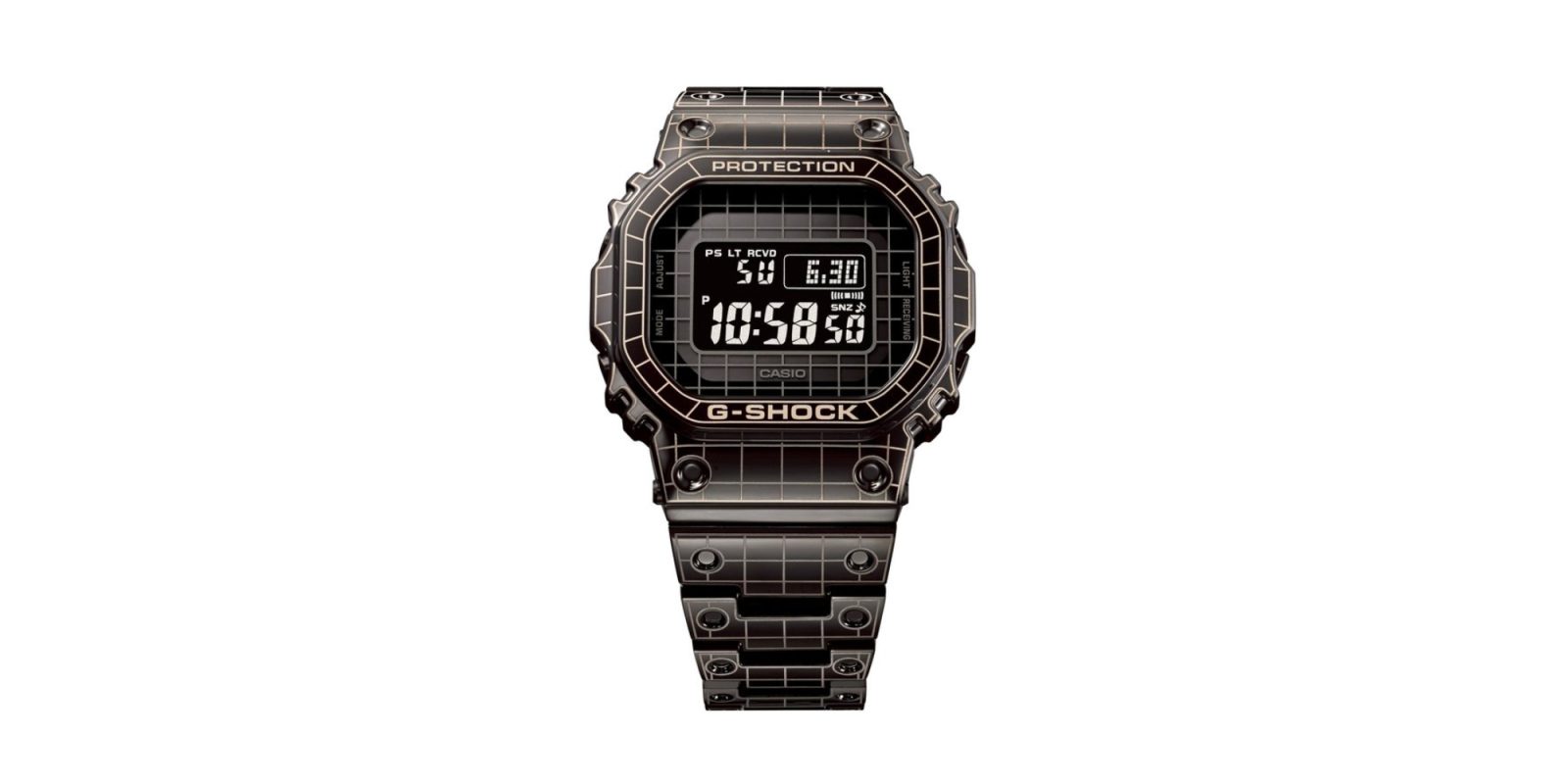 Casio has unveiled a new flavor of its G-Shock Full Metal 5000 watch. This time around the company is bringing laser-carving into the mix. The case pattern is reminiscent of the grid you’d find on a blueprint, and since this model resembles the original G-Shock, it has been described as “the image of a time tunnel that connects the past with the future.” This offering will feature smartphone connectivity, automatic radio wave reception which ensures time remains accurate, solar charging, and more. Continue reading for further details.

As with the recently-unveiled Bruce Lee G-Shock, the latest G-Shock Full Metal 5000 will feature Bluetooth connectivity. Those of you hoping this will deliver notifications and run apps should be forewarned that Smartphone Link functions are for selecting time zones over 300 cities, automatic adjustments, and easy watch setting. For these features to remain functional, a paired smartphone will need to be less than 2-meters away.

When it comes to design, G-Shock has preserved the same shape found in its first-ever watch, DW-5000C. An offering that kicked the brand off back in 1983 and one which the company remains proud of nearly 40-years later. Staying true to that look is far from new as G-Shock has been releasing various color schemes and patterns that look like this over the years.

The watch bezel, band, and buckle surface feature a black-ion plated finish which is then carved by lasers to reveal the silver color that lies beneath. Time is displayed on a high-luminosity full-auto LED backlight, ensuring that wearers will be able to read it no matter the time of day or environment they are in. 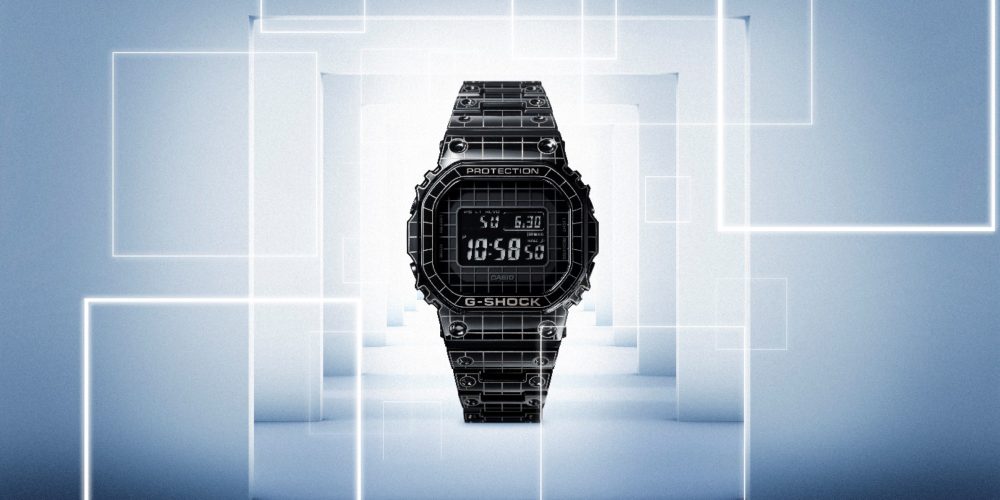 While no pricing has been shared, we anticipate this laser-carved iteration of G-Shock Full Metal 5000 to cost upwards of $440 based on what the current line-up fetches. As with pricing, a specific availability date also has yet to surface. We expect a release sometime over the next few months since it is considered to be part of Casio’s 2020 Spring and Summer collection. Once it does land, expect it to show up alongside the rest of Casio’s G-Shock offerings.

While I am generally not a fan of G-Shock watch styling, the laser-carved look has certainly captured my attention. It’s a fresh take on the G-Shock lineup and could end up serving as inspiration for competitors and in result usher in new bands for all sorts of wearables.