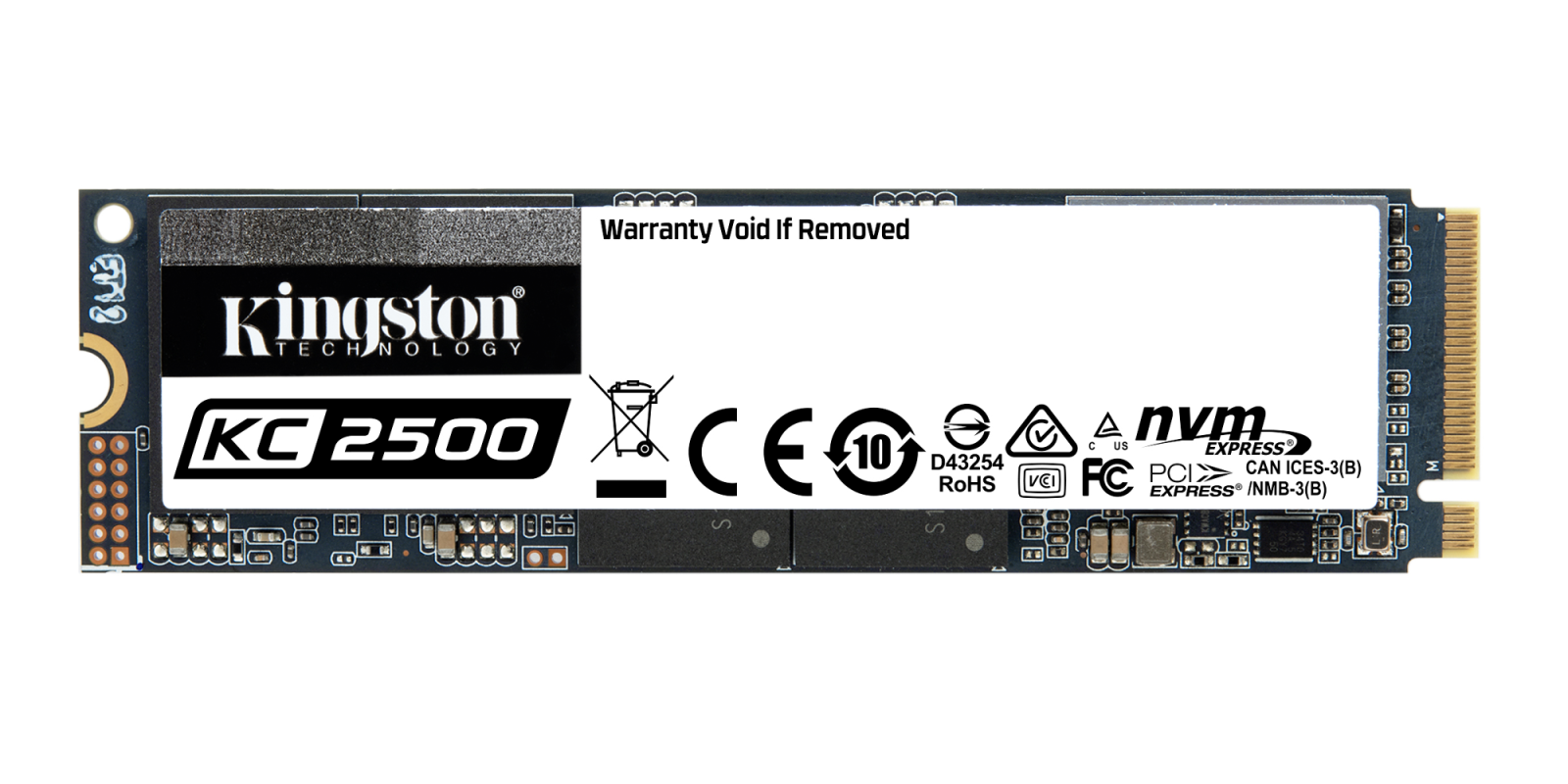 As we head into summer, it’s time for companies to start releasing new PC components. That’s right, we’re heading into the “release everything” season, and it’s already starting to show. Just the other day, we saw a brand-new drive from OWC hit the market with 4TB of NVMe storage. Now, Kingston is launching its KC2500 NVMe SSD with up to 3.5GB/s speeds, offering fast storage for any setup.

Kingston’s latest NVMe SSDs are based on the PCIe 3.0 standard and offer 96-layer 3D TLC NAND technology. While this isn’t the absolute latest, since PCIe 4.0 is out with AMD’s latest Ryzen processors, going with 3.0 technology offers a good balance between affordability and speed.

You’ll see read speeds of up to 3.5GB/s and write of 2.9GB/s, which is quite groundbreaking when you really consider just how fast that is. To break it down, 35GB of data is read in just 10-seconds and 350GB in 100-seconds. That’s quite insane when you think about it.

I have an NVMe drive inside of a Thunderbolt 3 dock hooked up to my Mac mini and moved nearly 200GB of data in just over a minute earlier today, and it was absolutely fantastic. I love how fast NVMe drives are, and it entirely removes the storage-based bottleneck most PC games used to have when played off of standard platter-based HDDs or SATA-driven SSDs.

Kingston’s KC2500 NVMe SSDs come in four different sizes, including 250GB, 500GB, 1TB and 2TB. You’ll get a 5-year warranty and free technical support with your purchase, giving you peace of mind that this drive will last for years to come.

This all is packed into a super small form factor that only NVMe can deliver. If you’ve not seen an NVMe drive, the best thing I can compare it to is the size of a stick of RAM, but smaller. Or, a wafer-thin Snickers bar. Yeah, it’s that small.

And, just to drive the point home for how small it is, the heaviest drive (2TB) comes in at 11 grams. That’s about the weight of two quarters, yet it stores 2TB worth of information.

If you’re wanting the ultimate in PC performance, then NVMe is where it’s at. When thinking about speeds of 3.5GB/s, I can’t really even fathom it. My gaming desktop has WD’s SN550 drive in it, and that maxes out at around 2.5GB/s, which is already crazy enough. So, Kingston’s KC2500 is a fantastic option for editing or gaming alike, giving you blazing-fast read and write speeds without breaking a sweat.