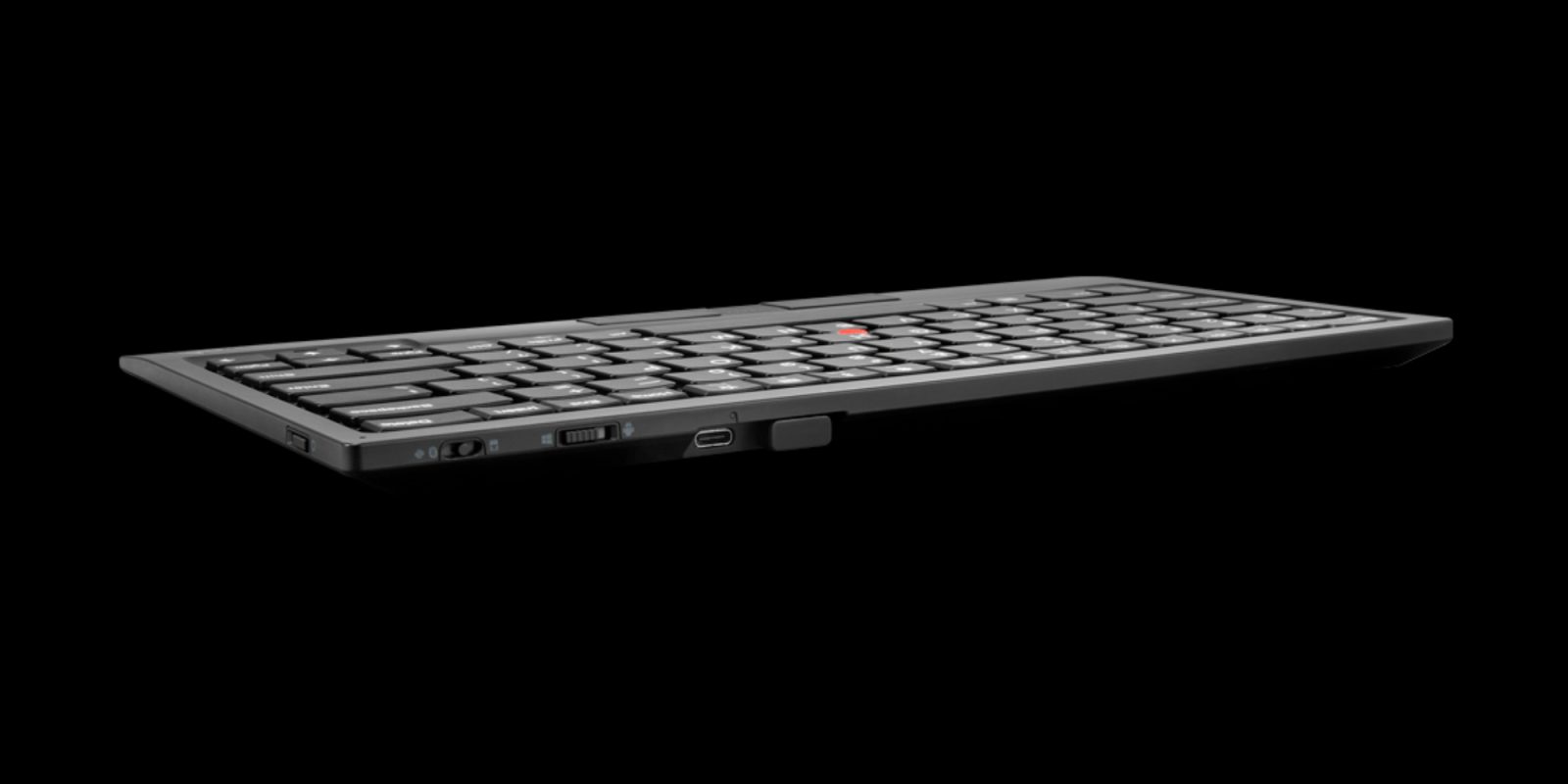 Beginning today longterm Lenovo laptop users familiar with the company’s TrackPoint now have a wireless solution to pair with a Window 10 desktop. It’s called ThinkPad TrackPoint Keyboard II and it can be paired using Bluetooth or a Nano USB dongle. The keyboard itself is recharged using USB-C which arguably helps push the Windows world another step towards kicking USB-A to the curb. Once charged, ThinkPad TrackPoint Keyboard II delivers up to a 2-month battery life with a mere 15-minutes powering it for a week. Continue reading to learn more.

The new ThinkPad TrackPoint Keyboard II is a follow-up to the company’s first wireless attempt which has since been discontinued. It sports scissor switches and is made with Windows and Android devices in mind. Lenovo’s latest measures 12.05- x 6.46- x 0.55-inches and weighs in at 1.01-pounds.

The design is spill-resistant and each key is built to withstand 10-million presses. While the new keyboard adopts USB-C as an input, the bundled cable plugs into power using USB-A. Likewise, the included Nano receiver sticks with USB-A to appease those who’ve yet to adopt the latest USB standard. No matter how you use it, expect 2-month battery life. 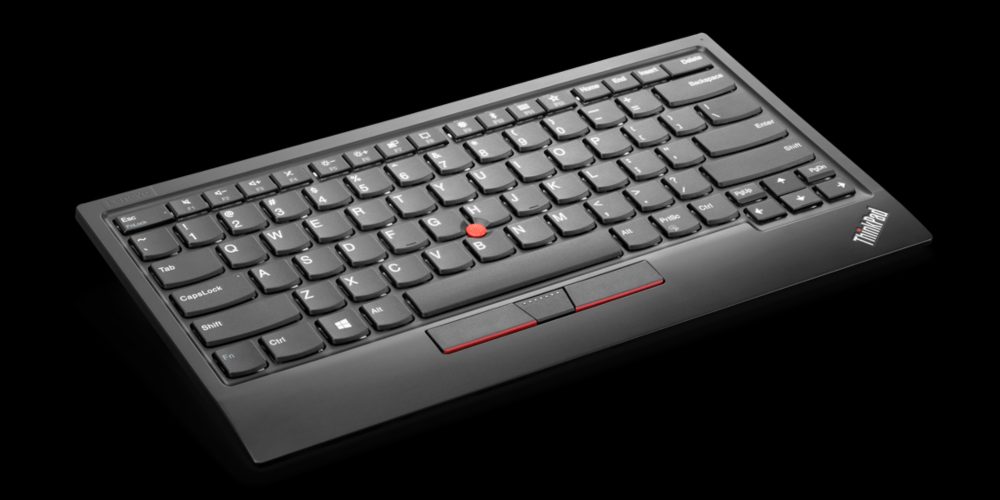 The new ThinkPad TrackPoint Keyboard II is available now direct from Lenovo (may soon appear on Amazon) and is priced at $99.99. While certainly expensive when compared with basic keyboards, that’s nowhere near as costly as the new iPad Magic Keyboard, but is in line with what Apple charges for its desktop Magic Keyboard.

Love it or hate it, the Lenovo TrackPoint is one of those things that’s become a staple for many users. I’ve used it many times before and found it to work surprisingly better than I would have thought. It’s not a product that I have ever gotten particularly fast with so making it for desktops does seem a bit odd as that type of computing tends to be where top-tier productivity is expected.

That being said, many feel the same way about trackpads and I used to be among them. Over time I began relying solely on my MacBook’s trackpad and now it has been so long that I’ve used a mouse that it feels foreign to me. For this reason I think there will definitely be some seasoned Lenovo laptop users that will find the ThinkPad TrackPoint Keyboard II to be a compelling product.