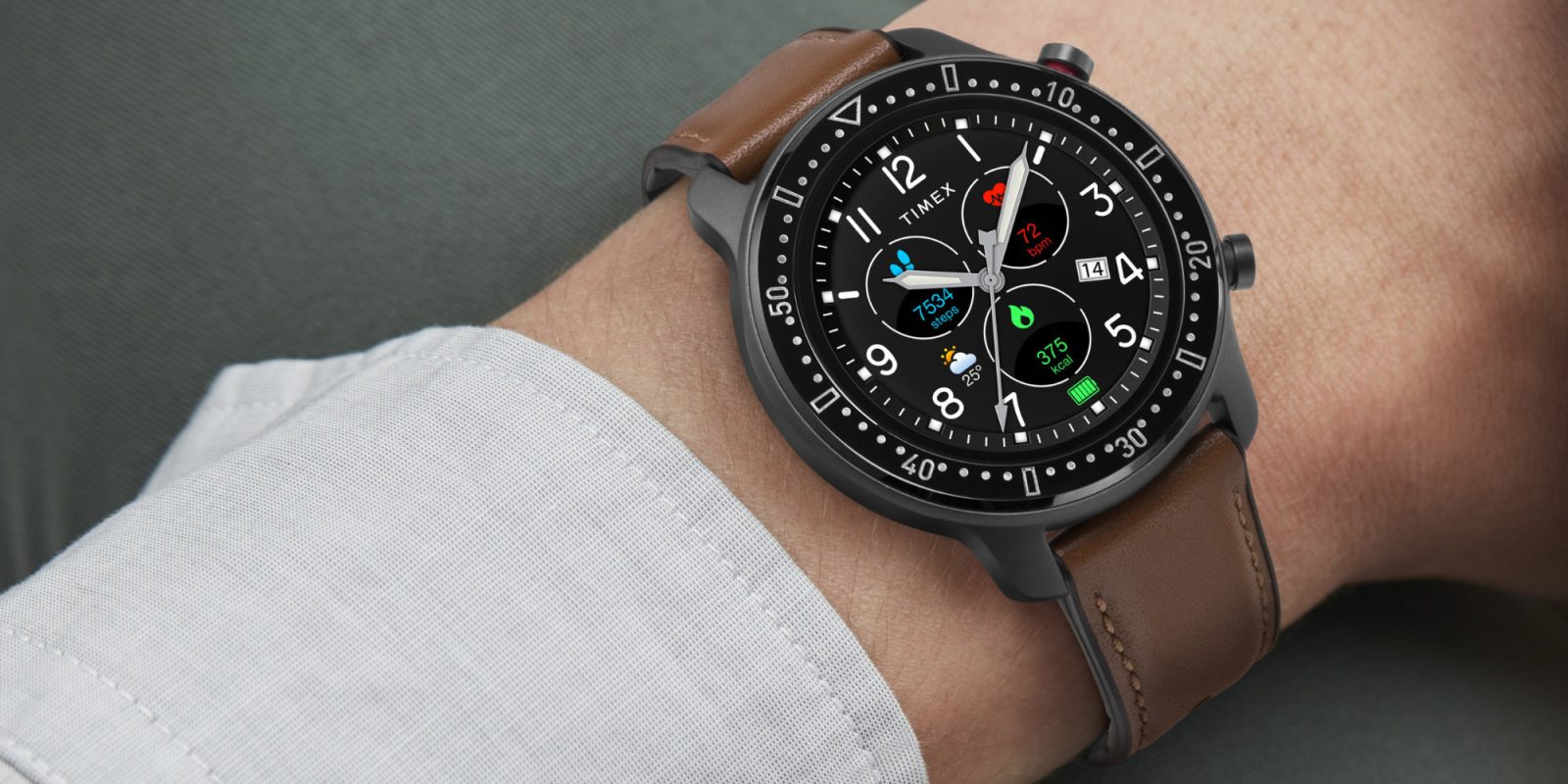 When it comes to traditional watches, Timex is a brand that many are familiar with. It’s been around since the mid-1850s and has loads of timepiece styles to choose from. Despite being in the space for an exceptional amount of time, the brand has been reluctant to compete in smartwatch arena, with its first foray landing in the form of Timex Ironman back in February. It appears the company is trying to make up for lost time though by announcing the Timex Metropolitan R and S offerings today. Both feature an OLED display, up to 2-week battery life, and “all the functionalities of a smart watch, without sacrificing style.” Continue reading to learn more.

Of both new models, Timex Metropolitan R is without question the one that mimics a traditional watch the most. This is thanks to a round face, button placement, band selection, and more. It sports a 1.2-inch AMOLED touchscreen that’s said to offer up to 12-days of battery life.

Water-resistance reaches up to 100-feet, ensuring it’s able to survive splashes and brief immersions in water. Gorilla Glass shields the display, helping it withstand a bump here and there. Pricing is set at $179, and this watch is available in rose gold and gunmetal colorways. Pre-orders are open now, with shipments hitting the ground on June 14.

Design-wise, Timex Metropolitan S feels like a shameless ripoff of Apple Watch. This is due to a very familiar form-factor and similar screen size. Even the marketing shot features a watch face reminiscent of what you’d find on Apple’s popular wearable, but that’s just one of 20 styles to pick from.

This is where many of the similarities end though as software, battery life, and water-resistance ratings all vary. As with Timex Metropolitan R, this model relies on Huami software. This yields activity, heart rate, and even sleep tracking, something that’s still yet to be natively supported on Apple Watch. Battery life is rated up to 14-days, which Timex touts as “one of the longest on the market today.”

Timex Metropolitan S can be pre-ordered on Amazon now in either black and rose gold styles. Pricing is identical to Metropolitan R, no matter which colorway you choose. Ship dates are currently slated for the end of June. 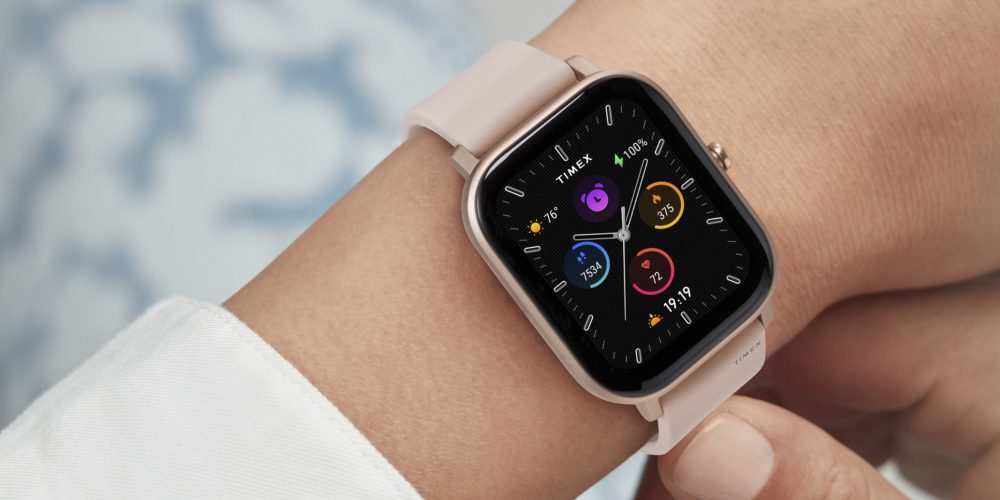 “We are excited to introduce another edition to our Timex Smart franchise. This new collection delivers on performance and one of the longest battery life on the market today. The Metropolitan collection for men and women combines the ease of soft touch navigation and performance monitoring, delivering beauty and brains,” said Shawn Lawson-Cummings, SVP Advanced Technology & Sports, Timex Group.

Without question, I think both of Timex Metropolitan styles are tastefully designed. I’d happily wear either one. That being said, I’m yet to be convinced that Huami’s software is up to par with what you’d find in watchOS or Google Wear OS. Reviews are mixed on Ironman, but we’re still in the early stages, meaning that Huami and Timex have time to tweak things for the better.