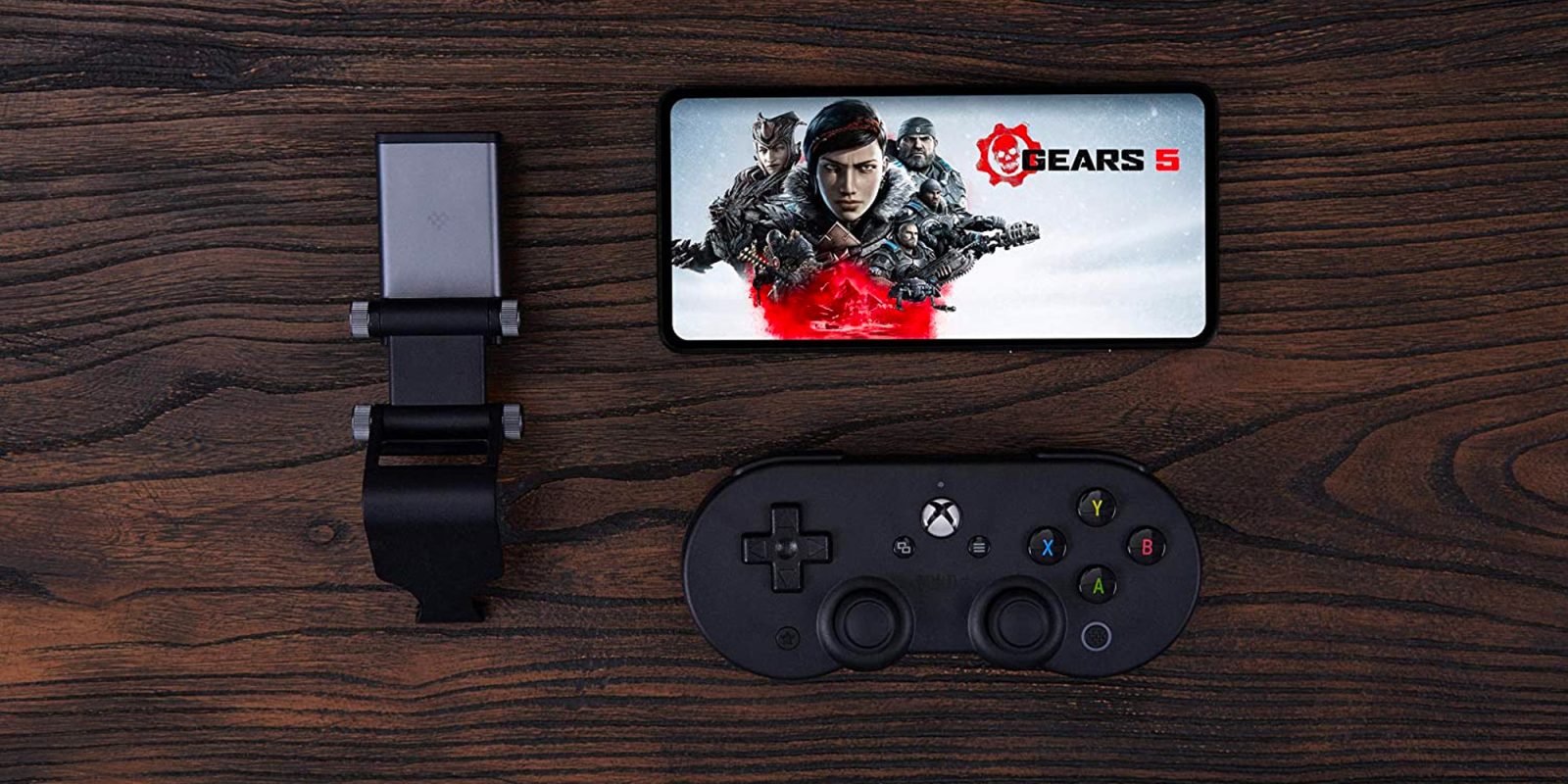 8Bitdo and Microsoft have partnered to make a portable, battery-powered, Bluetooth-connected gaming controller for xCloud and Stadia. This controller takes on the form-factor of old PlayStation controllers with a D-Pad on the left and two joysticks in the center. With an included clip to hold your phone at an angle, this controller is the best way to enjoy gaming while on-the-go.

When it comes to gaming from your phone, touchscreens just don’t cut it. But, at the same time, carrying around a full-sized Xbox or PlayStation controller just isn’t feasible. That’s why Microsoft and 8Bitdo have joined forces to make the Sn30 Pro Bluetooth Controller. It carries the Xbox branding and sports a familiar design. On the right side, you’ll find programmable A, B, X, and Y buttons which can be customized to fit whatever game you’re playing. On the left there’s a 4-way D-Pad, and on the bottom center there are two joysticks for directional control. The back has a bumper and trigger on each side of the controller, giving you the ability to easily reach different buttons for multiple functions. This design isn’t one frequently used by Microsoft, but is still familiar all-the-same. 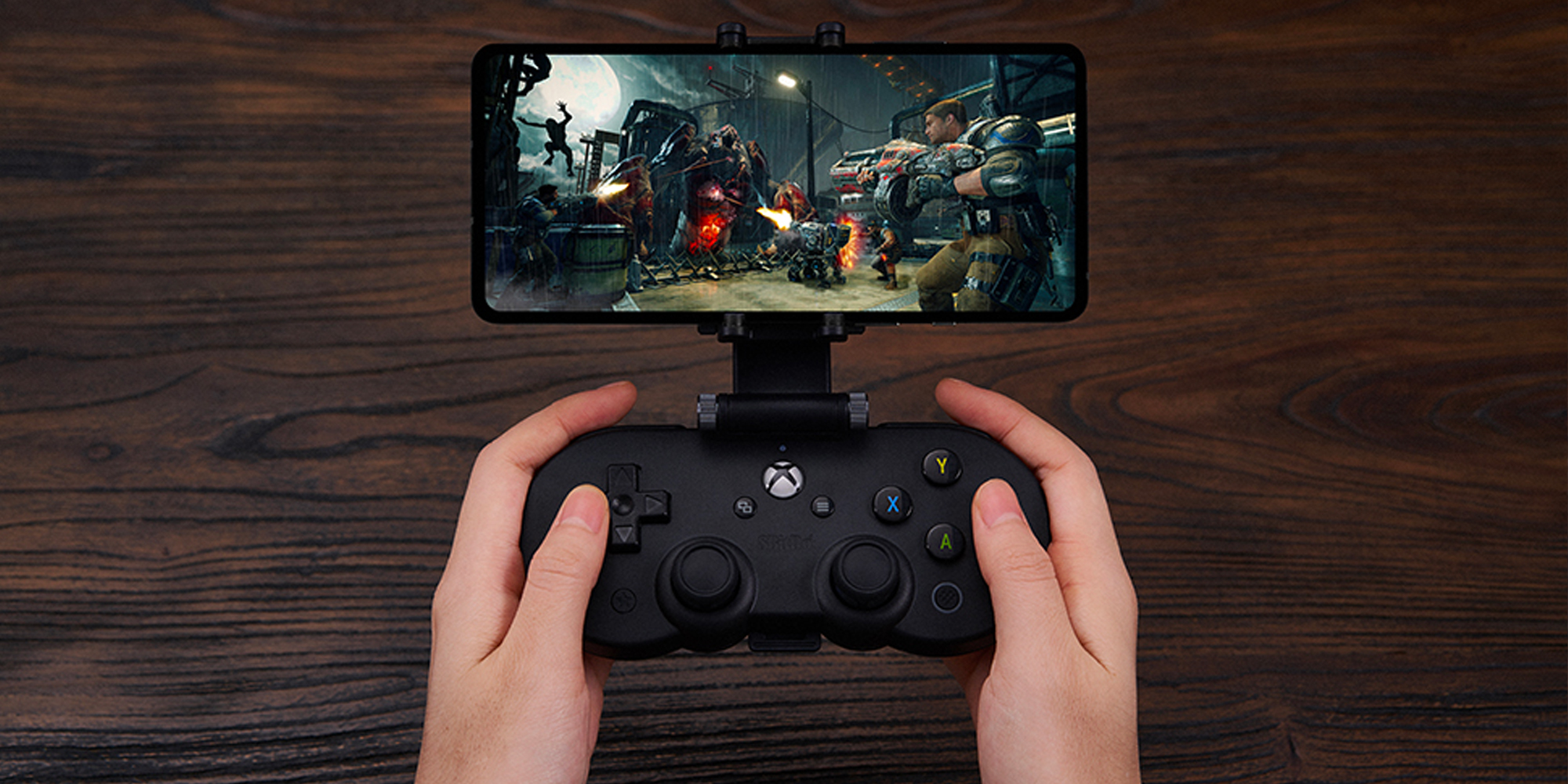 Bluetooth-connected and 18-hours of battery life

8Bitdo managed to squeeze 18-hours of battery life while being connected via Bluetooth to your device out of this controller. This gives you a wireless function as well as the ability to go all-day without plugging in.

When it comes time to plug-in, however, it’ll be super simple. 8Bitdo built this controller around a USB-C port, making it extremely easy to power up after a long gaming session.

Fully customizable, including your phone’s angle

This controller includes full customization, including each button and trigger. This lets you map everything to match whatever game your playing, ensuing you have the best experience possible. This can be great if a game you’re playing doesn’t have native controller support, or if you’re wanting to make every game use the same button mapping.

The other thing is this controller includes a mount for your phone. It clips to the controller and has multiple angle adjustments, which allow you to place your smartphone at the optimal angle to you for the best gaming experience possible. 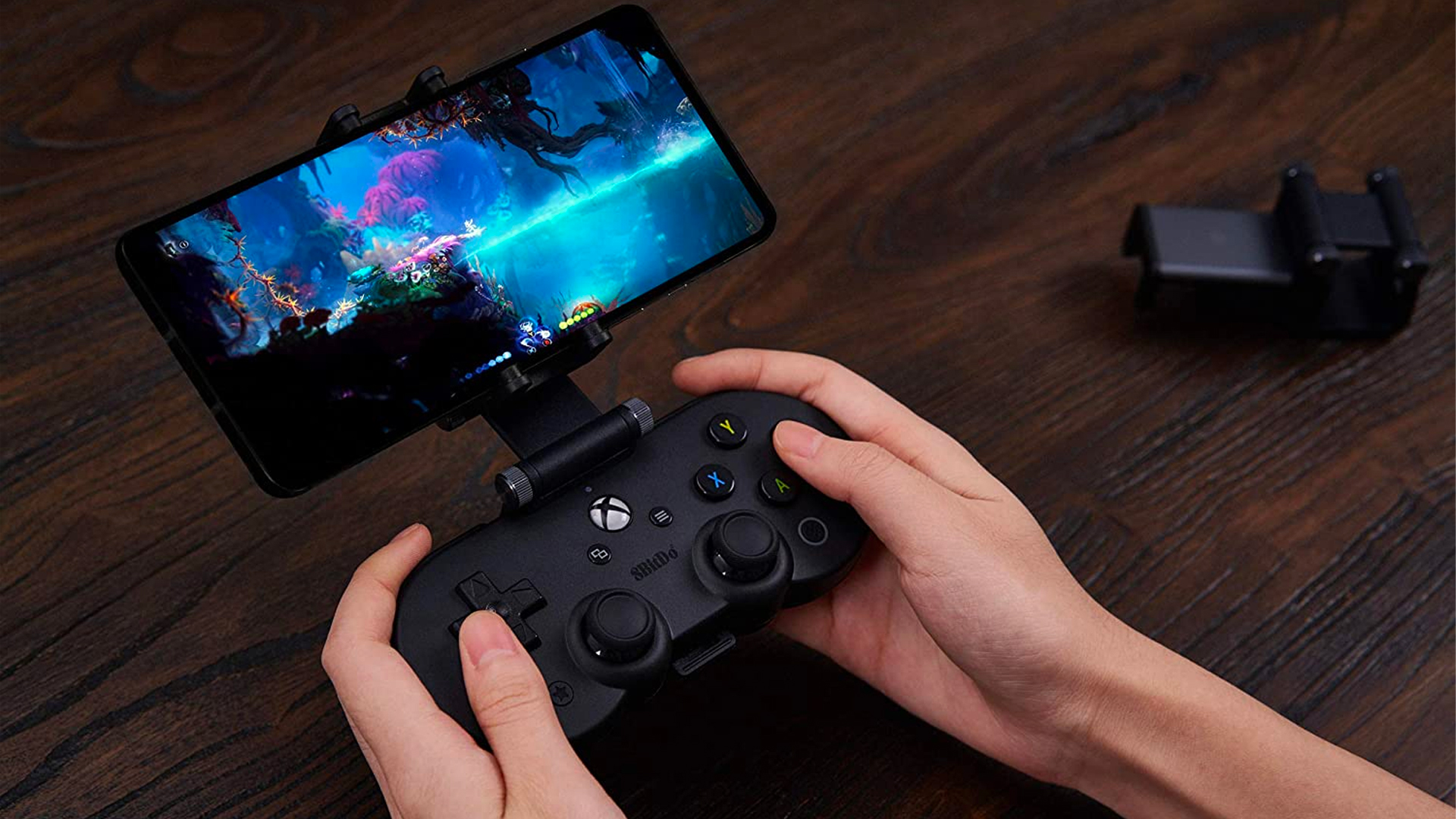 Compatible with xCloud, Stadia, and more for easy mobile gaming

Whether you’re an Xbox fan and want this controller to play xCloud or you are more of a Google person and are invested in Stadia, this controller will work either way. Thanks to its universal design and customizability, this controller easily functions with any mobile gaming platform, be it Google Stadia, Microsoft xCloud, Shadow, Fortnite, or anything else.

8Bitdo’s Sn30 Pro Bluetooth controller is currently available for $44.99 shipped and will be released on September 21. Amazon has a pre-order price guarantee, meaning if the price drops at all between now and the release date, you’ll be charged the lowest it is offered at Amazon.