Ratchet up Nerf battles with a Rival Hera Blaster, now $42 at Amazon (30% off) 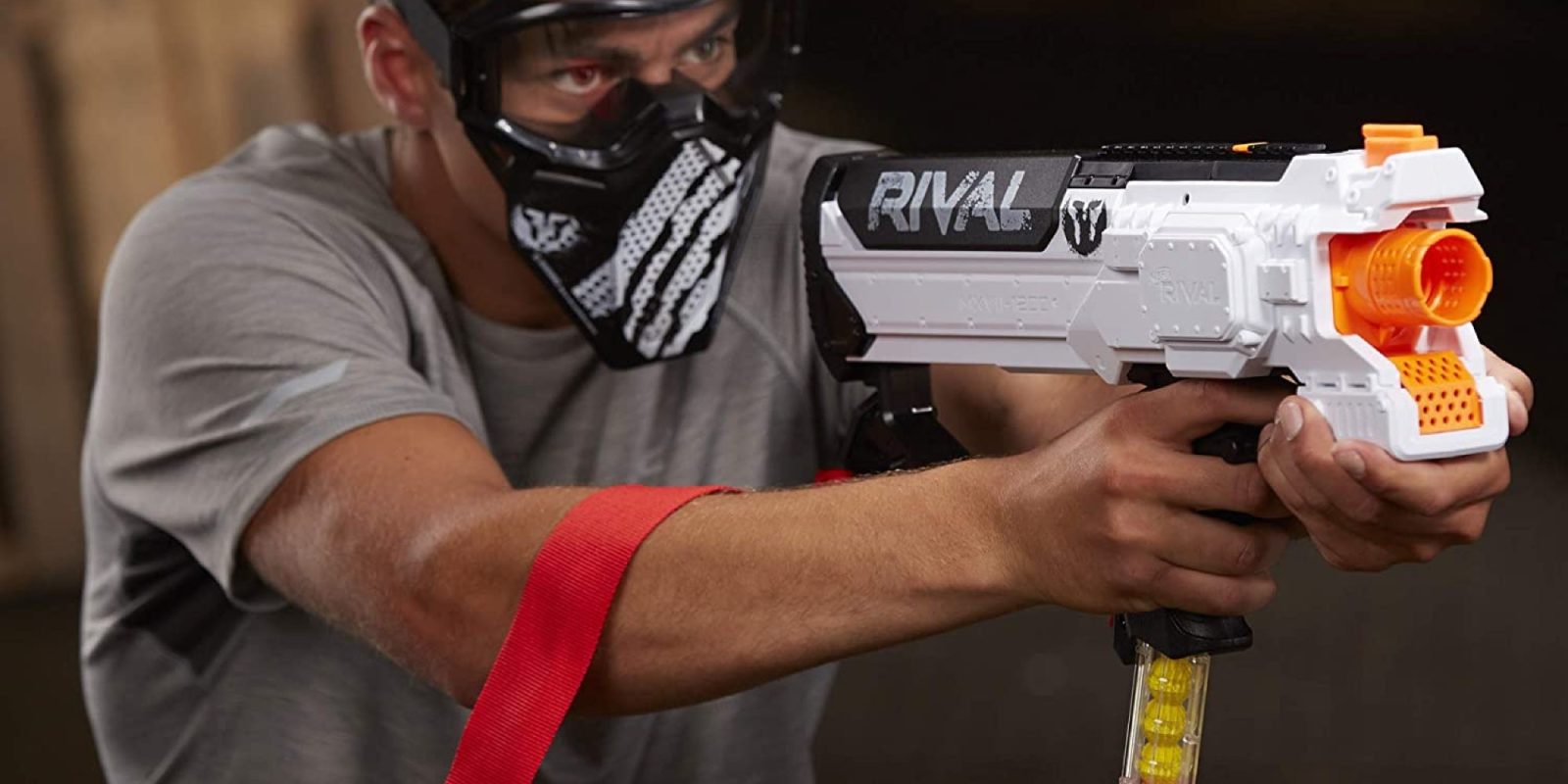 Amazon is offering the Nerf Rival Hera MXVII 1200 Combat Blaster for $41.87 shipped. That’s 30% off the typical rate there and is the lowest 2020 Amazon offer we have tracked. This powerful Nerf blaster unleashes high-impact rounds at 100-feet per second. The power of this caliber is made possible by a built-in motor, leveling up most Nerf experiences. Along with the blaster comes 12 rounds and a magazine that can hold every single one of them. There are also red and blue flags bundled which allow players to choose their teams prior to going into battle. Rated 4.6/5 stars.

Halo fans will be pleased to know that Nerf blasters inspired by the game are on the way. They’re expected to debut at roughly when Xbox Series X does later this year. Check out our coverage to find photos and read all about them.

If you prefer to play digital games, we’ve got you covered with a fresh deal on NEOGEO’s handheld Mini International console. It’s currently 25% off at Amazon, allowing you to swoop in and nab your own for $46. Players are bound to enjoy several of its 40 classic games, and it can even be hooked up to the big screen thanks to a mini-HDMI output along the back.

The Nerf Rival Phantom Corps is a group of rogue specialists who may join Team Red or Team Blue today, then challenge those teams tomorrow. Nerf Rival battles will never be the same! Experience intense head-to-head competition with the precision and power of the Nerf Rival Hera MXVII-1200 blaster. This motorized blaster unleashes high-impact rounds at 100 feet per second (30 meters per second) with Nerf Rival accuracy.

$42
You’re reading 9to5Toys — experts digging up all the latest technology and lifestyle deals, day after day. Be sure to check out our homepage for all the latest news, and follow 9to5Toys on Twitter, Facebook, and LinkedIn to stay in the loop. Don’t know where to start? Check out the best Apple deals, our daily podcast, and subscribe to our YouTube channel