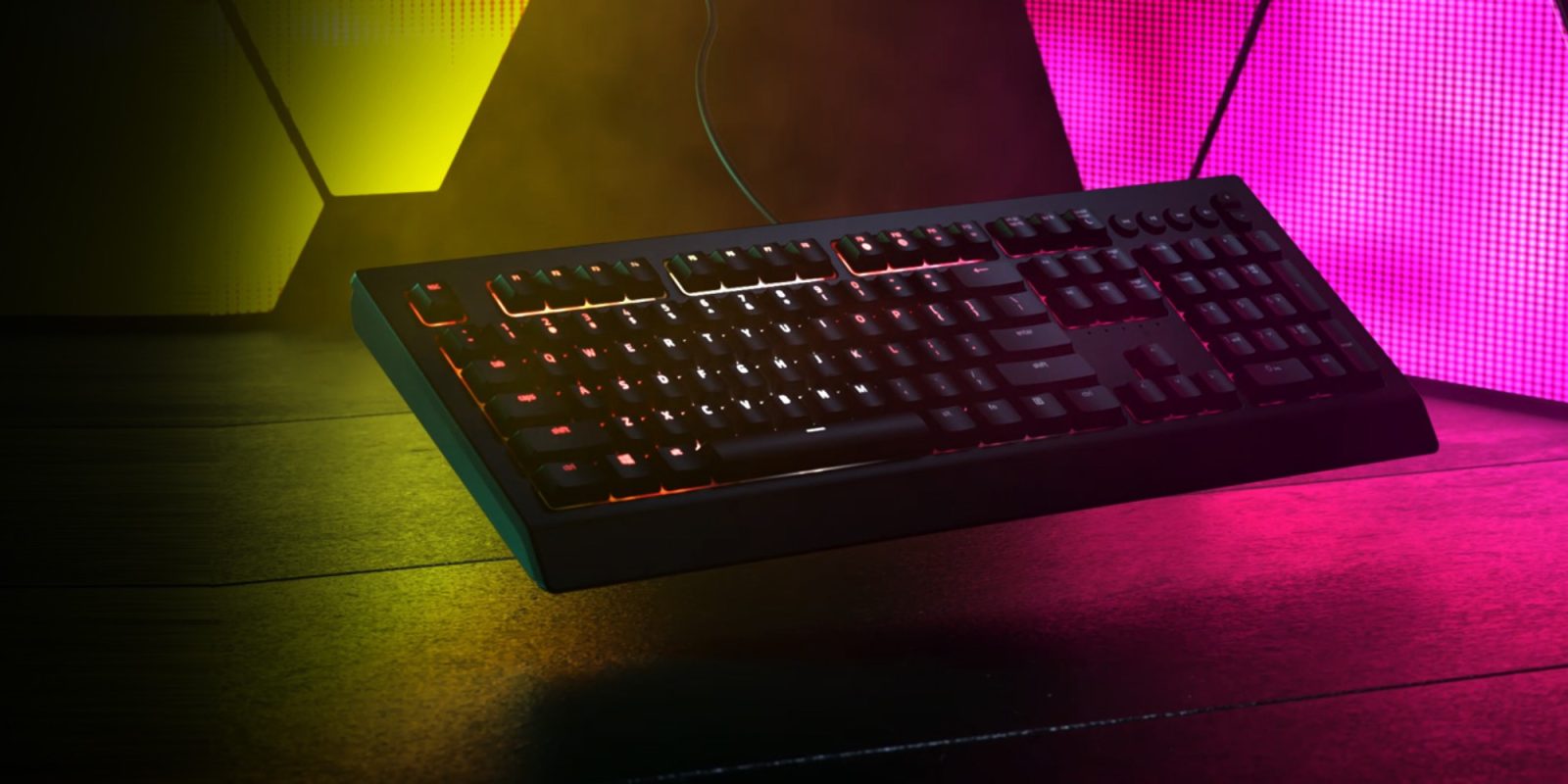 While there is a massive number of keyboard choices to review when shopping for a new one, some brands definitely stand out. Razer is among them, and it has a fresh offering that’s caught our attention. It is dubbed Razer Cynosa V2 and boasts everything from individually lit RGB keys to macro support for more advanced control. The company even addresses spill concerns with a design that resists liquid so you can keep playing as if nothing happened. It also happens to work with Xbox, making it great for your PC or Microsoft console. Continue reading to learn more.

If you’re a PC gamer, many would argue that having an RGB-lit keyboard is a must. With so many options out there, it can be difficult to choose. Thankfully Razer Cynosa V2 is here to simplify things with a solid feature set and reasonable price tag that makes it a great way to start building out your Chroma Cave.

Not only can each key be lit by one of 16.8 million colors, Razer’s bundled software makes it a cinch to adopt responsive and dynamic lighting that’s tailor-made for more than 150 games. This arguably takes immersion to the next level.

Unlike some keyboards, Razer Cynosa V2 features cushioned keys that the company touts as “comfortable to use for long hours of gaming.” Some gamers love loud key clicks, but others (myself included) can find this distracting. For this reason Razer offers up a quiet experience, putting less focus on the hardware while you play.

Surrounding the underside of the keyboard are grooves that allow Cynosa V2’s cable to be tidily kept out of sight. On top of this, a sturdy build ensures that minor spills won’t cause a problem, and that gamers can keep playing without missing a beat.

Razer Cynosa V2 is priced at $59.99, which all in all is a pretty respectable price, given its feature set and branding. Orders are currently channeled directly through Razer’s website, but a robust lineup at Amazon leads us to believe it won’t be long before it’s listed there.

Given the fact that Razer Cynosa V2 sports per-key RGB lighting, there’s little doubt that owners will be able to quickly find a refreshing new look for their setup. While some will be disappointed to find out that Razer has opted to keep the cord in this model, built-in cable management is a feature that’s bound to curb what could otherwise be a cluttered look.

While my days of PC gaming have dwindled, I am still very interested in console gaming whenever new and exciting titles land. With support for Xbox, Razer Cynosa V2 could serve as a great-looking add-on for Microsoft consoles. If you primarily use a Mac and aren’t enthralled by RGB, it’s hard to overlook Keychron’s wireless mechanical keyboard.