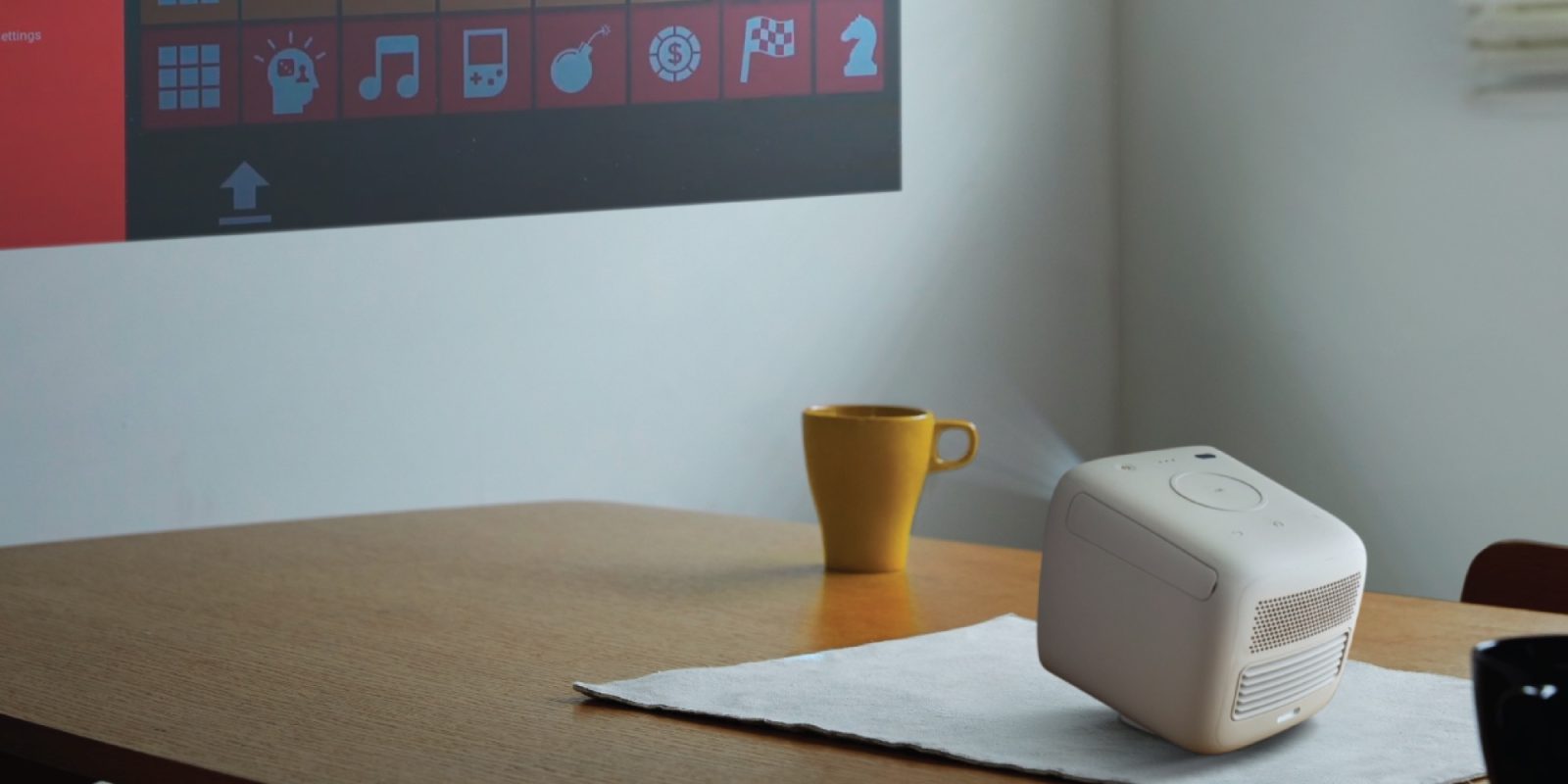 Releases like Anker Nebula Astro and ViewSonic M1 have taken us into a new era of travel-friendly projectors. Today, a new BenQ portable projector is out and it propels things further ahead with single unit that supports Google Cast, AirPlay, USB-C, alongside IPX2 splash and drop resistance. Perhaps one of the neatest things surrounding the new GS2 unit is its vintage-looking design. You could even argue that it a variety of ways, it mimics one of Apple’s early iMac computers but in a colorway that’s more in line with Macintosh Classic. Continue reading to learn more.

The latest BenQ portable projector is here, and it manages to deliver a long list of features. Perhaps one of the most compelling is its rugged design. BenQ touts that each GS2 is ready to withstand 1.6-foot drops in addition to light drizzle or water spills. A perk that may make it a more compelling option to those who intend to take it outdoors.

Once set up, GS2 can create up to a 100-inch screen with a native 720p resolution. Since it runs Android, there’s no real need to buy a streaming media player. The only caveat here is that BenQ has bypassed the Google Play Store and instead relies on Aptoide. While functional, going this route means that apps may be a few updates behind as this storefront often relies on consumers to download from Google Play and upload to Aptoide.

Connectivity is where BenQ’s new projector truly shines. Owners can easily fling content from iOS or Android thanks to support for both Google Case and AirPlay. As you would expect, an HDMI port is on board, but there’s also USB-C. This can function as a DisplayPort input or can even be used to transfer data to GS2’s 8GBs of internal storage. Owners can anticipate up to 3-hours of battery life on a single charge. 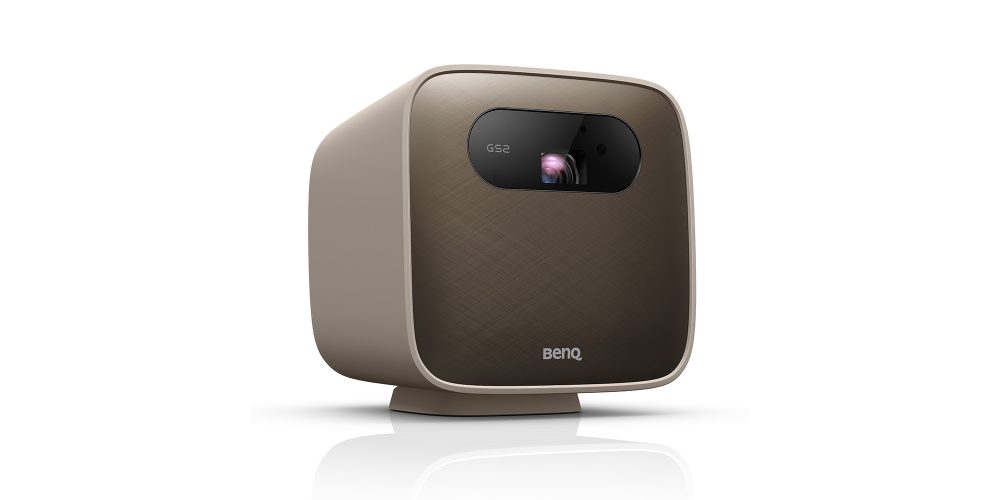 “The BenQ GS2 projector removes boundaries to outdoor learning and entertainment by combining several extraordinary features and abilities,” said Steve Yang, director of BenQ America. “With the GS2, families and friends can now experience high-quality entertainment opportunities in the wonders of nature.”

When it comes to pricing, the latest BenQ portable projector retails for $599 when ordered direct from BenQ. A listing has already appeared at Amazon, but for the time being its price is higher and shoppers will find it is temporarily out of stock. Adjustments for pricing and quantity of units currently in stock could change, so keep your eyes peeled.

BenQ’s new projector clearly differentiates itself from most of the competition thanks to standout features like drop- and water-resistance. Pair this with its quirky, throwback design and you’ve got an option that’s sure to prove compelling for some. My only gripe is its lack of support for the Google Play Store, but outside of that, it looks like a fun solution worth keeping around.