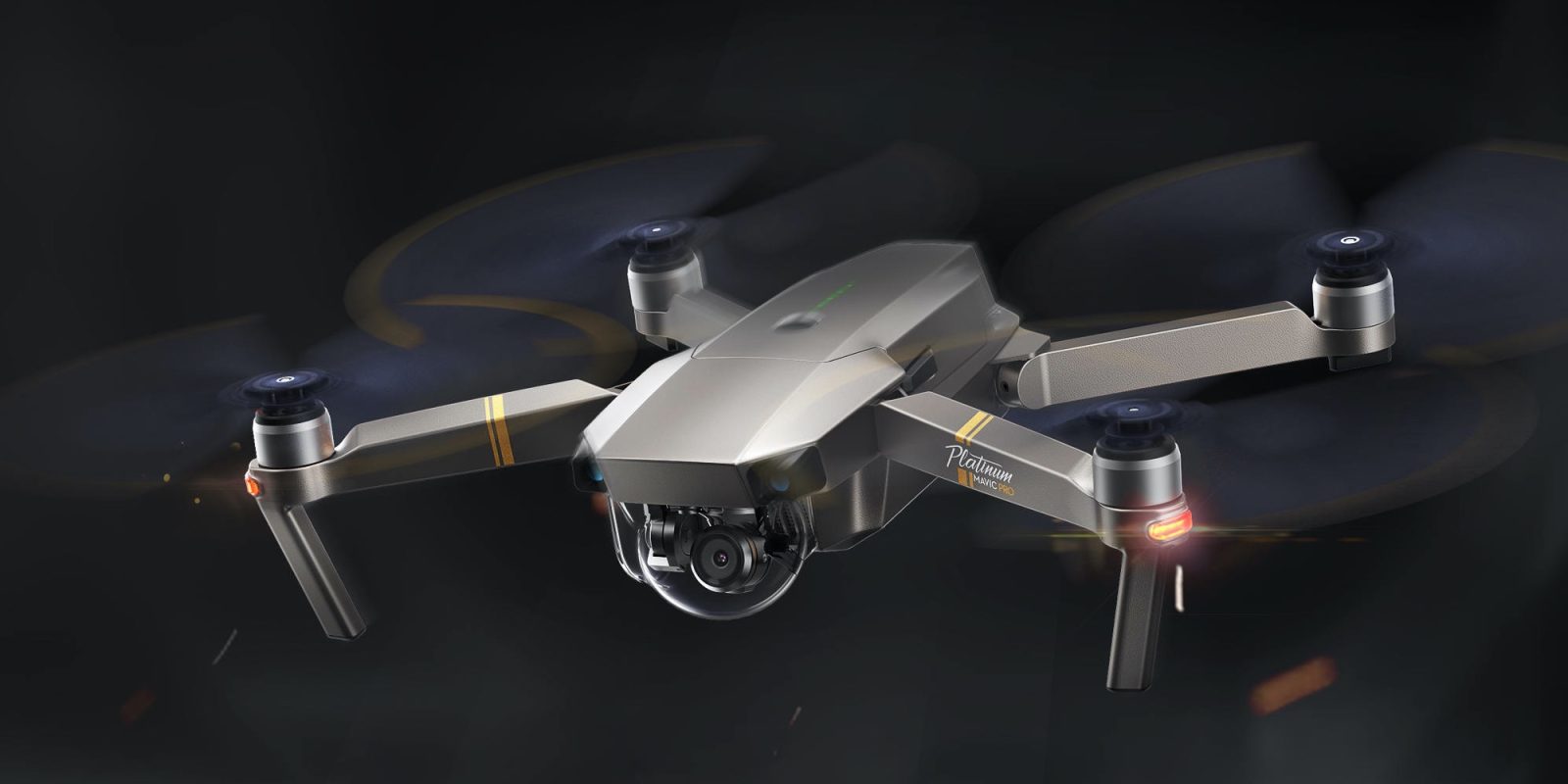 DJI’s official eBay storefront currently offers its Mavic Pro Platinum Quadcopter Fly More Combo for $999 shipped in certified refurbished condition. Having originally fetched $1,499, you’ll still pay as much for a new condition model at B&H with today’s offer saving you 33%, beating our previous mention by $36, and marking a new all-time low. DJI Mavic Pro Platinum delivers 4K aerial videos with a 3-axis gimbal alongside 30-minutes of flight time. It’s also said to be 60-percent quieter than other quadcopters in the brand’s stable and packs a variety of sensors for object avoidance. Plus, you’ll also get two extra batteries, a charging hub, and bag, among other accessories. DJI also includes its standard 1-year warranty with purchase. Rated 4.7/5 stars from over 245 customers. Head below for more.

Note: Some might be better off getting a Mavic Air 2 for $759 with 5% off DJI coupon following this link

If you’re just looking to score the Mavic Pro Platinum by itself, DJI’s official eBay storefront is also discounting the refurbished quadcopter to $785. That’s down from its original $1,149 price tag and matching our previous mention. Here you won’t get all the extras found in the lead deal, but will still benefit from its 30-minute flight time and other features. There’s the same 1-year warranty, as well.

Or you could just opt for the more affordable DJI Mavic Mini, which is geared towards less experienced drone pilots. It enters with a lower-end $399 price tag and sports a 3-axis motorized gimbal for recording smooth 2.7K Quad HD videos.

More air time boosts your efficiency whenever you’re out shooting aerial video or stills. You’ll get more work done, or depending on what you’re doing, have more fun. The DJI Mavic Pro Platinum Fly More Combo keeps you flying more in several ways. First, there’s the Mavic Pro Platinum itself. It has an extended flight time up to 30 minutes, with 27 minutes of hovering time. You get 2 extra batteries, which means you spend less time on the ground waiting to recharge. You also get a battery charging hub, which charges up to four batteries at a time, and a car charger.