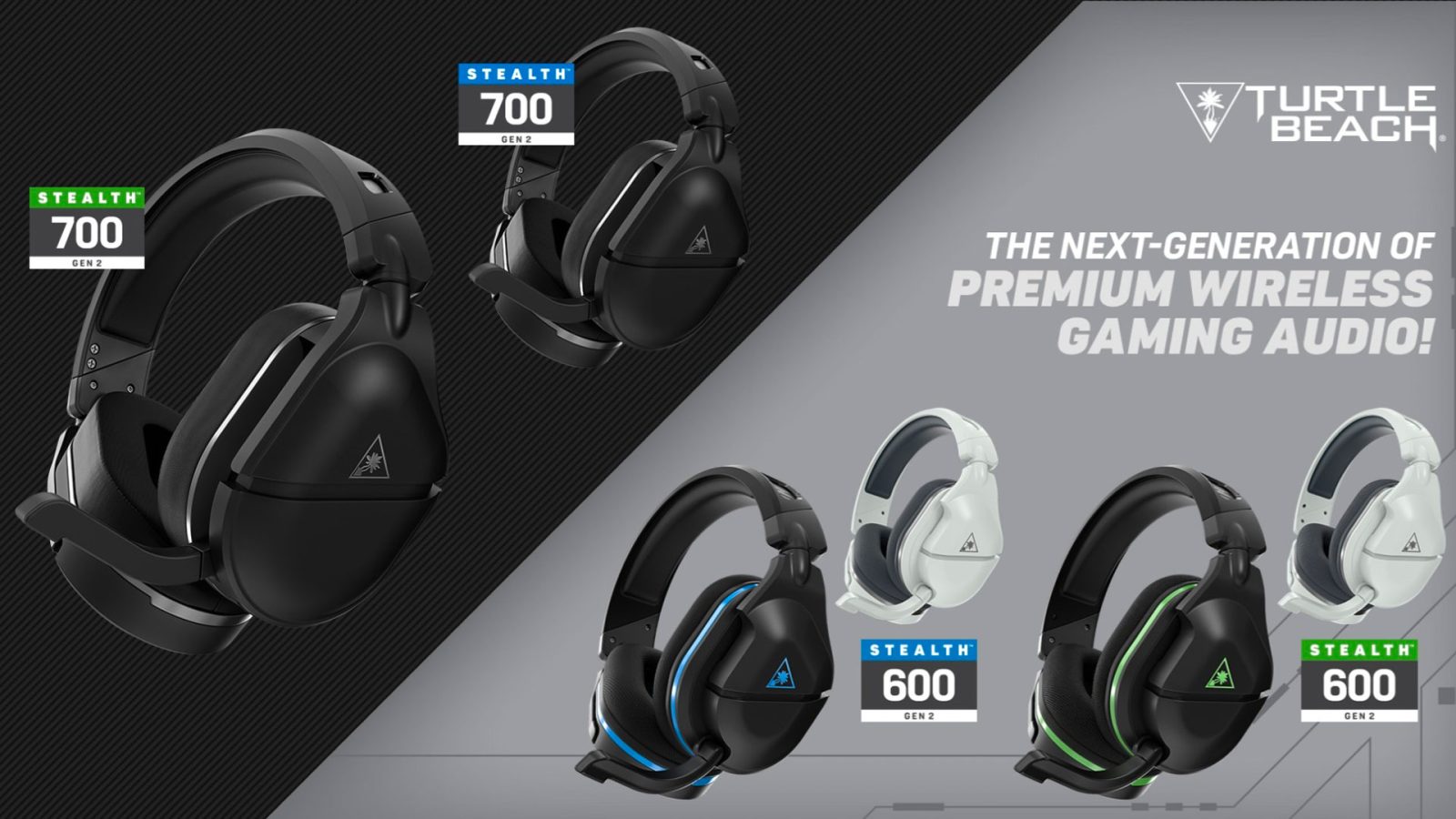 Turtle Beach is updating its iconic Stealth 600 and Stealth 700 gaming headsets for both PlayStation and Xbox with a second generation. Offering up to 20-hours of battery life, wireless connectivity, and high-quality microphones, these headsets are perfect for using with your current and next-generation consoles.

Leading the way is the Turtle Beach Stealth 700 Gen 2, which is the second generation of the company’s acclaimed headset. Offering Bluetooth connectivity, 20-hours of battery life, “Superhuman Hearing”, built-in wireless, and the fact that it’s glasses friendly, this headset really does it all. You’ll find two models here, with separate versions for both Xbox and PlayStation. On the Xbox, Turtle Beach leverages native Xbox Wireless technology for easy pairing. This is compatible with all Windows 10 PCs that have the Xbox Wireless logo, while other computers can utilize the Xbox Wireless Adapter to connect wireless. The PlayStation version uses a mini-USB transmitter for its wireless connectivity, and even functions with Switch.

Both have a USB-C port and cable for recharging the battery, which is said to last for up to 20-hours on a single charge. The microphone features a “flip-to-mute” technology that makes it super simple to shut the microphone off when you’re getting a drink between matches.

You’ll also find variable mic monitoring, high-performance Nanoclear speakers, and app-based audio customization here as well. This means that you can use Bluetooth to connect the Turtle Beach Stealth 700 Gen 2 to your smartphone to customize the audio settings with ease.

Superhuman Hearing is a Turtle Beach exclusive sound setting that gives you a competitive advantage, allowing you to hear “all the subtle, yet game-changing sounds.” This includes enemy footsteps, other players reloading their weapon, and vehicles in the distance.

While the Turtle Beach Stealth 700 Gen 2 has an all-metal construction, the Stealth 600 Gen 2 offers a similar robust build, though a bit more plastic is being used here. You’ll find similar connectivity, with Xbox Wireless and a mini-USB dongle being utilized depending on the system you choose. The flip-to-mute mic is also present, delivering crystal-clear audio to your teammates.

Similarly, the Stealth 600 Gen 2 offers mic monitoring, amplified audio, Superhuman Hearing, and audio presets. Really, the main difference that you lose out on is the smartphone-based audio customization, Nanoclear speakers, and some of the battery life. That’s right, the Stealth 600 Gen 2 lasts just 15-hours on a single charge instead of the 20-hours that you’ll find above.