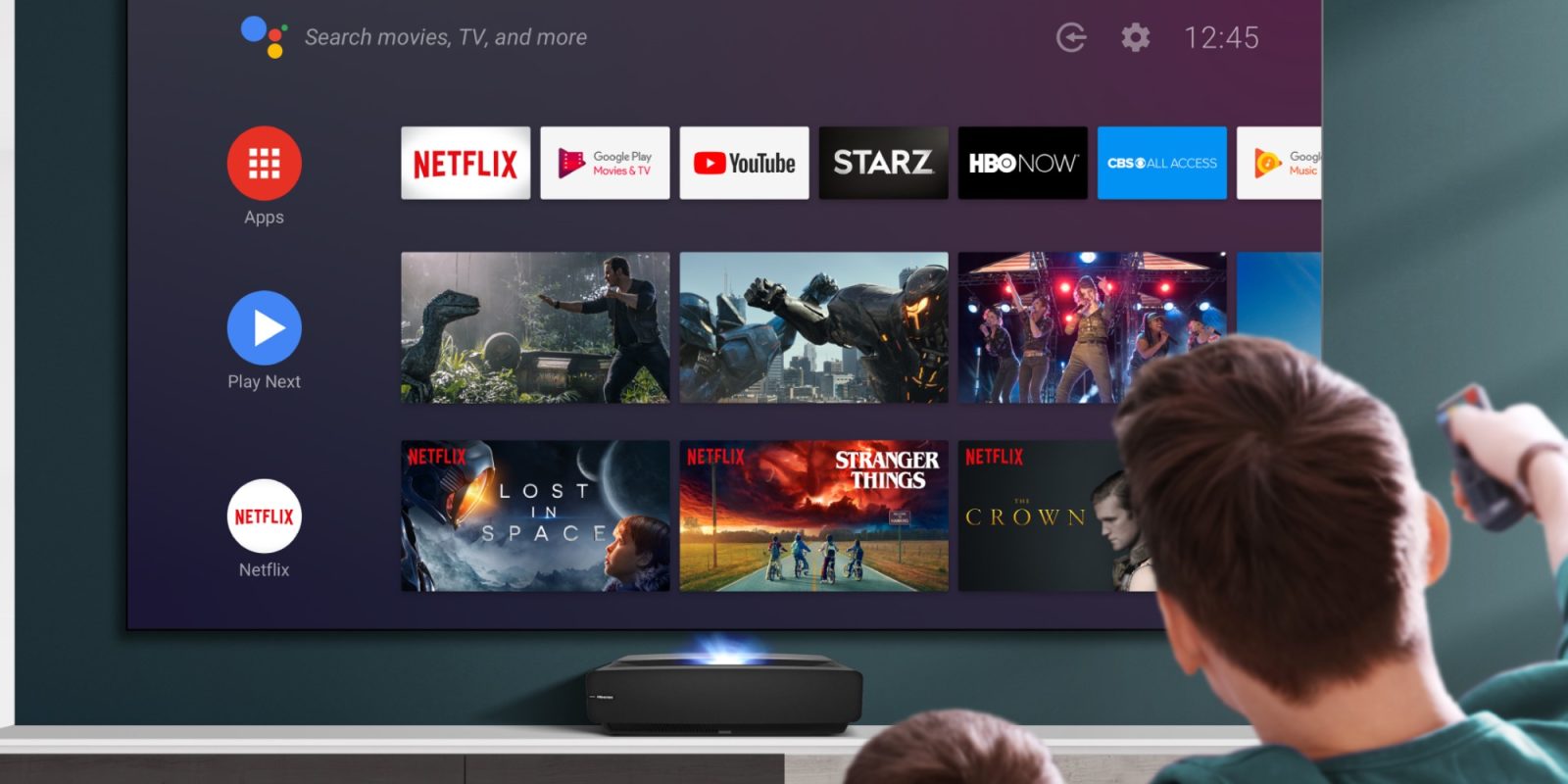 It’s been a couple of years or so now since Hisense began its laser television endeavor. Things were initially kicked off with an 80-inch offering, but the latest Hisense Laser TV is here and it spans 100-inches. The unit runs Android OS, allowing you to set aside the secondary purchase of a dedicated streaming media player. When it comes to audio, Hisense is sticking with dbx-tv sound, which is said to offer “deep bass, crisp highs, 3D surround sound, and more.” The picture itself is powered by X-Fusion laser light source that’s ready to display content for over 25,000-hours. Continue reading to learn more.

If you have a massive wall in need of a large television, the latest Hisense Laser TV could be just the thing for you. It brightly illuminates 100-inches, a size that is beyond what traditional TVs tend to be capable of.

Laser TVs are in many regards more akin to projectors than traditional televisions as you get a box that projects light onto a screen that’s mounted to the wall. The same is true for Hisense 100L5F. This approach arguably makes mounting a TV of this size much simpler.

The box projecting the light is 21.5- by 13.6- by 6.2-inches and weighs 24.3-pounds. That’s less than half of what a Hisense 75-inch TV weighs. As you’d expect, this is where you’ll find all of your connectivity options which are comprised of four HDMI inputs, Ethernet, dual USB ports, digital audio, and more. 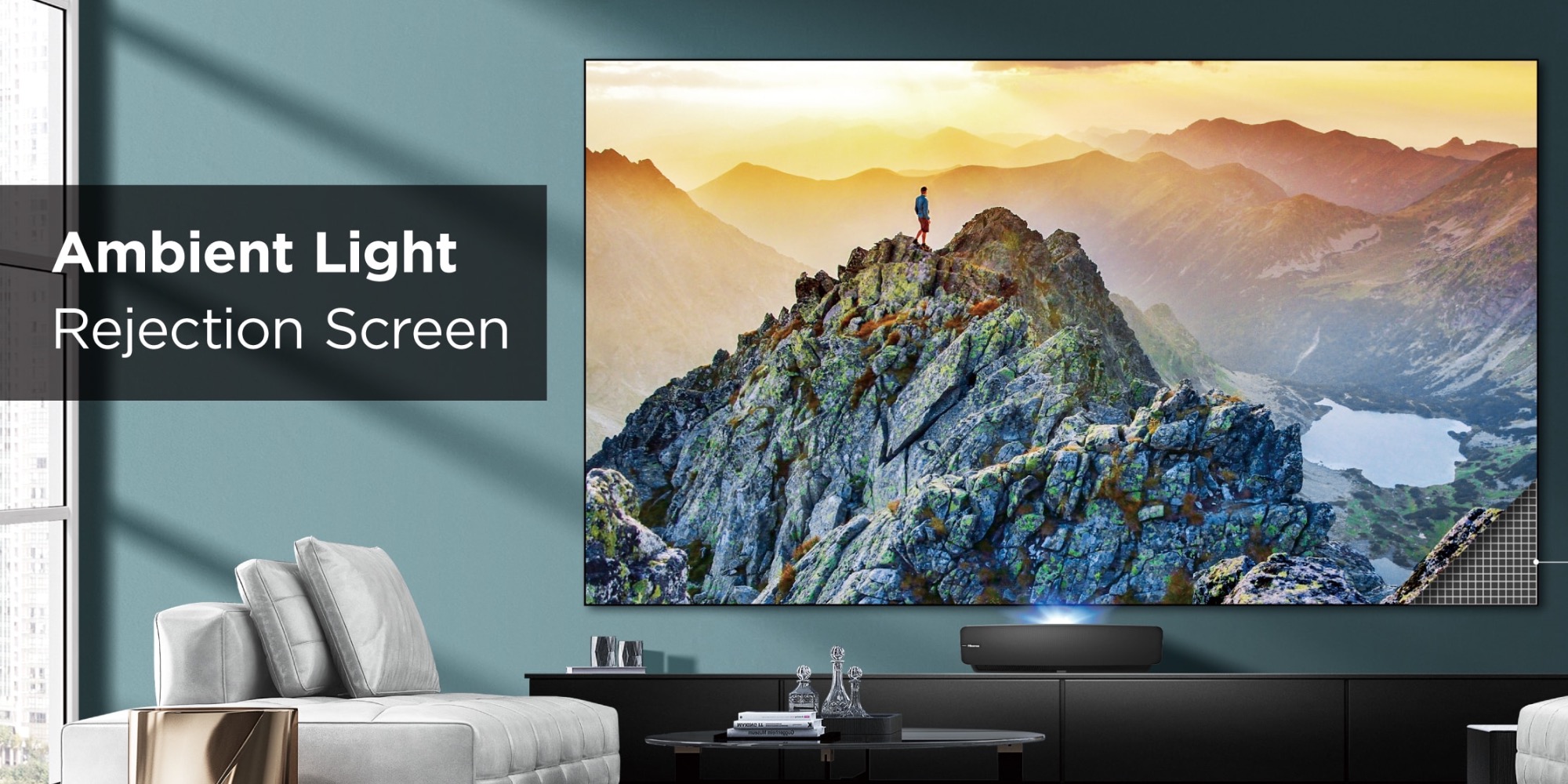 The latest Hisense Laser TV is already listed on Amazon and is priced at $3,999.99. That’s roughly $2,000 less than Samsung’s 82-inch 8K TV, which may have a higher resolution, but can’t quite compete in size.

Having spent 2- to 3-years with a projector that spanned 120-inches, I can tell you first hand just how fun it is to have a really big screen at home. Not only does movie-watching feel more immersive, the bigger screen makes split-screen gaming much more enjoyable.

With the latest Hisense Laser TV coming in at $4,000, some may opt for a UHD projector instead to pocket $2,000-$3,000 in savings. The only caveat of taking that path is that the overall picture brightness is far from likely to match what you’ll find in a Hisense Laser TV. That being said, if you have a dark to dimly-lit room, a projector may prove to be a viable alternative.