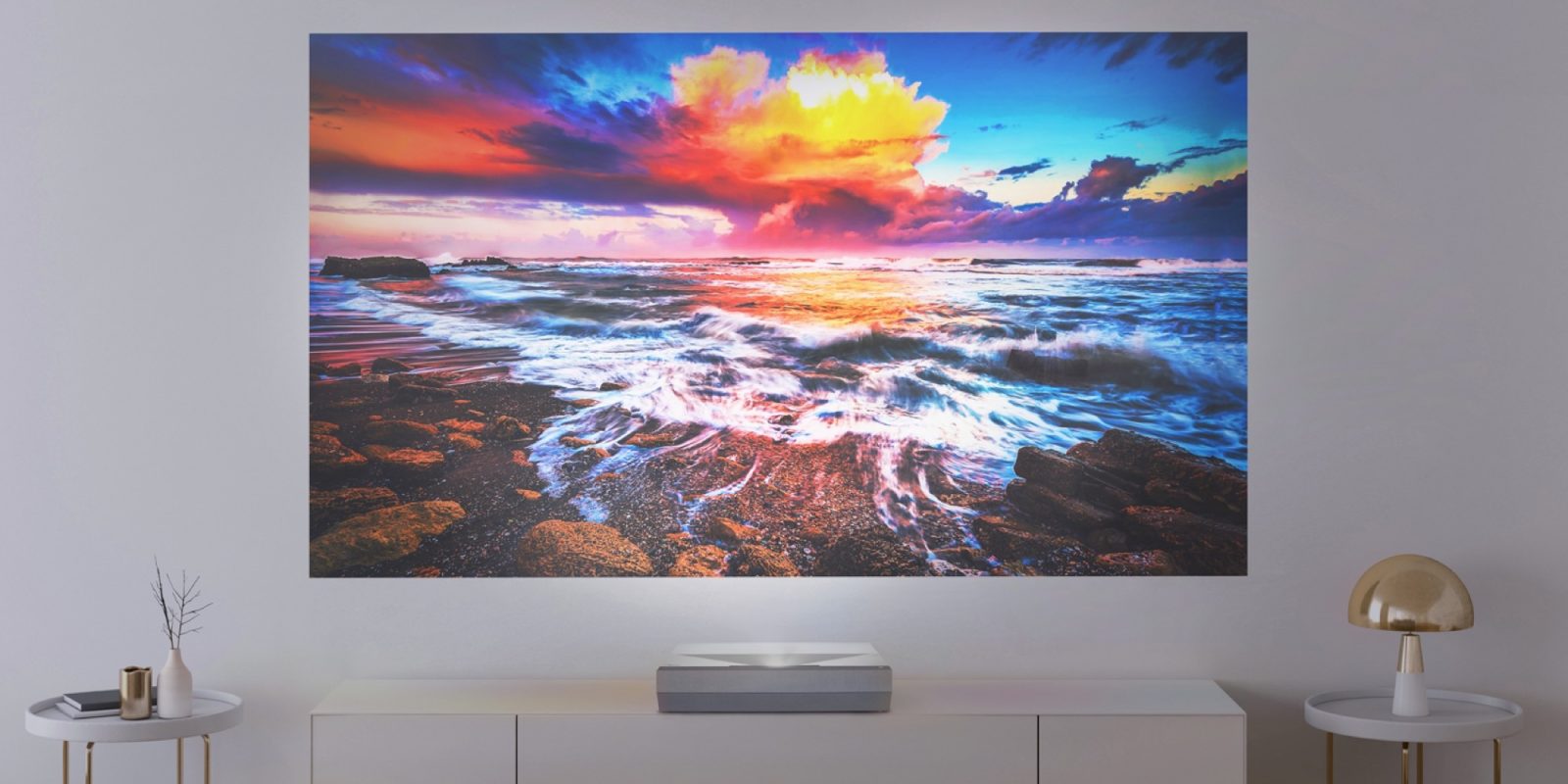 The battle between projectors and televisions rages on following the unveiling of the new Optoma CinemaX P2 4K Laser Projector. It’s only been a year since P1 debuted, but that hasn’t halted the folks at Optoma from continuing to push this product line forward. One way this new offering differentiates itself from its predecessor is by delivering “25% more contrast and vibrant color performance.” You’ll also find a new Enhanced Gaming Mode alongside its “state-of-the-art digital exhibit feature.” Continue reading to learn more.

In many regards, the new Optoma CinemaX P2 projector sticks with the same formula found in P1. The color has changed from black to white, but outside of that it looks quite similar. Laser technology casts a 3,000-lumen 120-inch image onto your wall in crisp 4K.

You’ll find support for Alexa, Assistant and IFTTT, making this offering pair nicely with existing smart homes. Built-in audio is comprised of a 40-watt Dolby Digital 2.0 soundbar, ratcheting up what you can typically anticipate from a television. Optoma CinemaX P2 takes a page from Samsung’s Frame TV book by integrating allowing you easily illuminate your wall with “curated art works from renowned digital artists.” 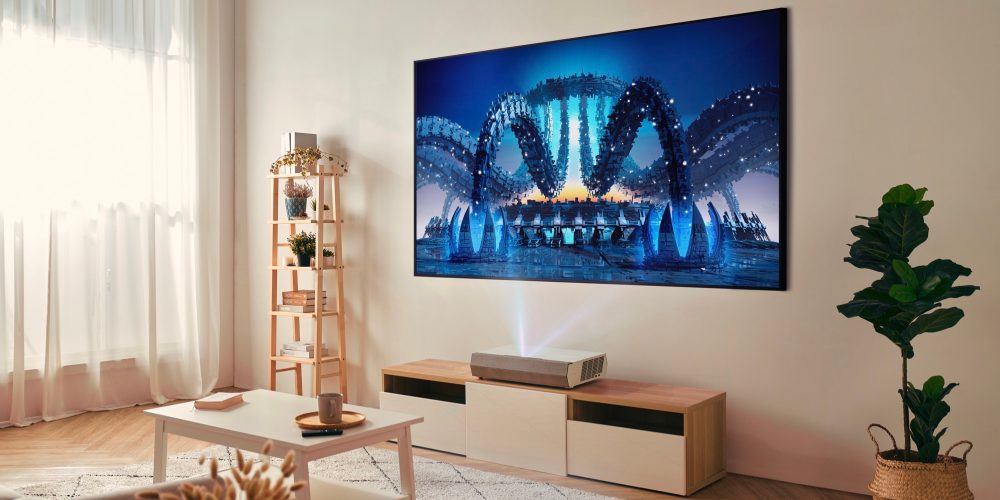 “Offering an innovative ultra short throw lens, the CinemaX P2 is easy to place and play, enabling families and households to view an immersive large-screen experience from only inches away from the screen without the hassle of mounting a television,” stated Maria Repole, head of marketing, Optoma Technology.

Despite adding new features over a short period, the new Optoma CinemaX P2 will launch for the same cost as P1. That’s right, pricing is set at $3,299, which is still a lot of money, but comparatively not bad considering you’ll have a 120-inch 4K display. A promotional page has already appeared at Amazon, and we anticipate its dedicated listing page will populate there in short order.

Having used projectors for a number of years, I can tell you firsthand about the pros and cons of choosing a projector over a television and vice versa. TVs are brighter, but projectors deliver a bezel-free viewing experience. Projectors tend to create a larger screen than most readily available TVs, but often fail to deliver built-in audio that sounds as good as televisions (as odd as that sounds).

By setting out to improve both of these things, Optoma CinemaX P2 appears to squash common annoyances you may have experienced with projectors in the past. On top of that, its form factor doesn’t need to be mounted to the ceiling, delivering a less-cluttered look. In fact, I would argue that by ditching black for white, the P2 is going to look better than ever resting on top of your console.