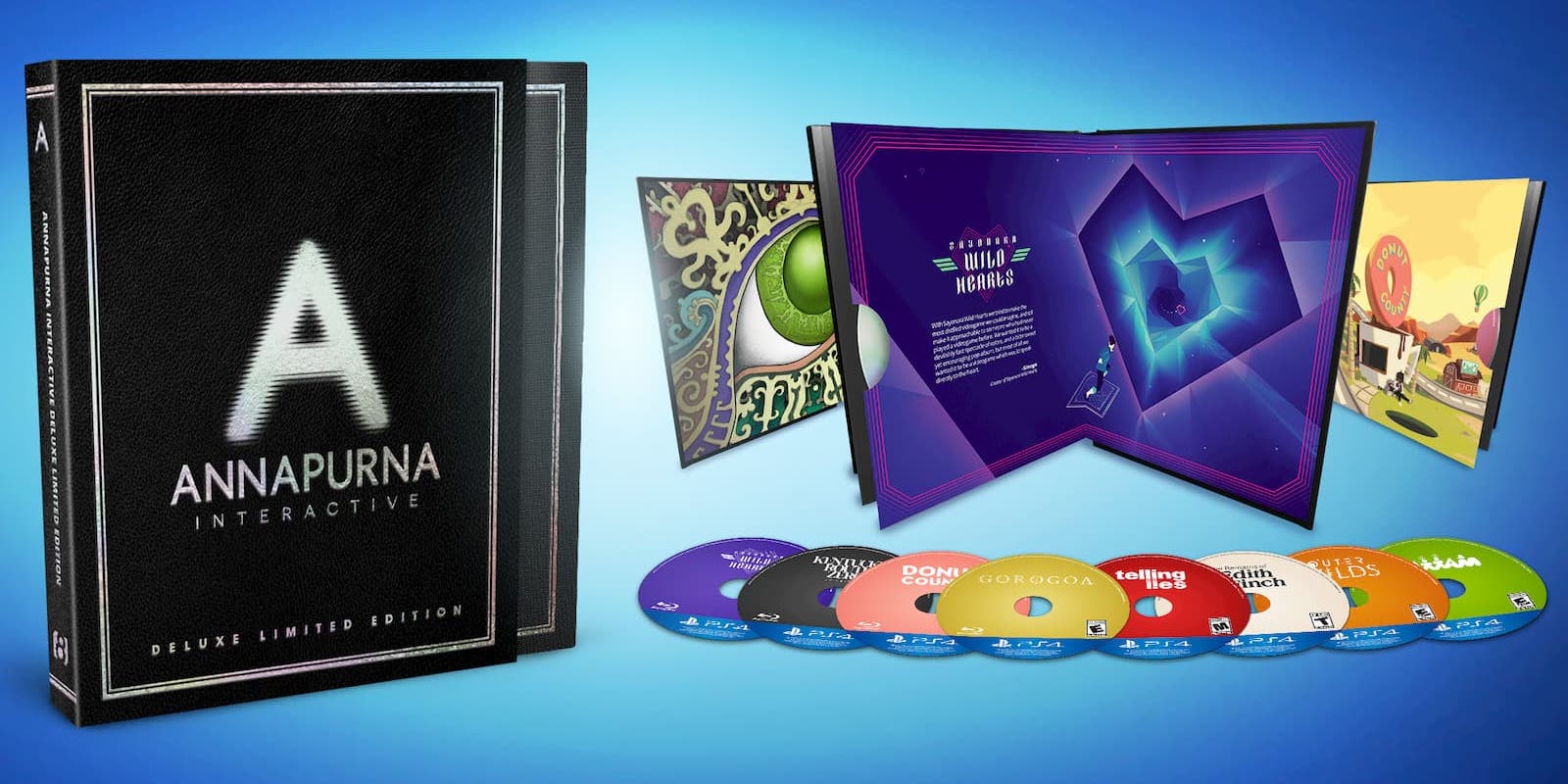 Annapurna Interactive — the well-known American game publisher — is bringing some of its best releases from the past five years into one epic indie PS4 game collection. Combining physical copies of some of its most celebrated titles including Donut County, Kentucky Route Zero: TV Edition, Outer Wilds, and What Remains of Edith Finch, among others, it is a love-letter to indie game fans and collectors everywhere. Head below for a closer look and more details on the Deluxe Limited Edition version.

As the popularity of indie games has skyrocketed over the last number of years, Annapurna Interactive has emerged as one of the premier sources for interesting, emotional, artistic, and quirky game releases. Highlighted by stellar titles like Donut County, Kentucky Route Zero, What Remains of Edith Finch, and Gorgoa, this new indie PS4 game collection is one worth taking a closer look at.

Now clearly all eight games in the collection — Donut County, Kentucky Route Zero, Outer Wilds, Sayonara Wild Hearts, Wattam, What Remains of Edith Finch, Gorogoa, and Telling Lies — have all been released previously on a multitude of platforms and are still readily available right now. But you won’t score the gorgeous limited edition physical copies taking that route. 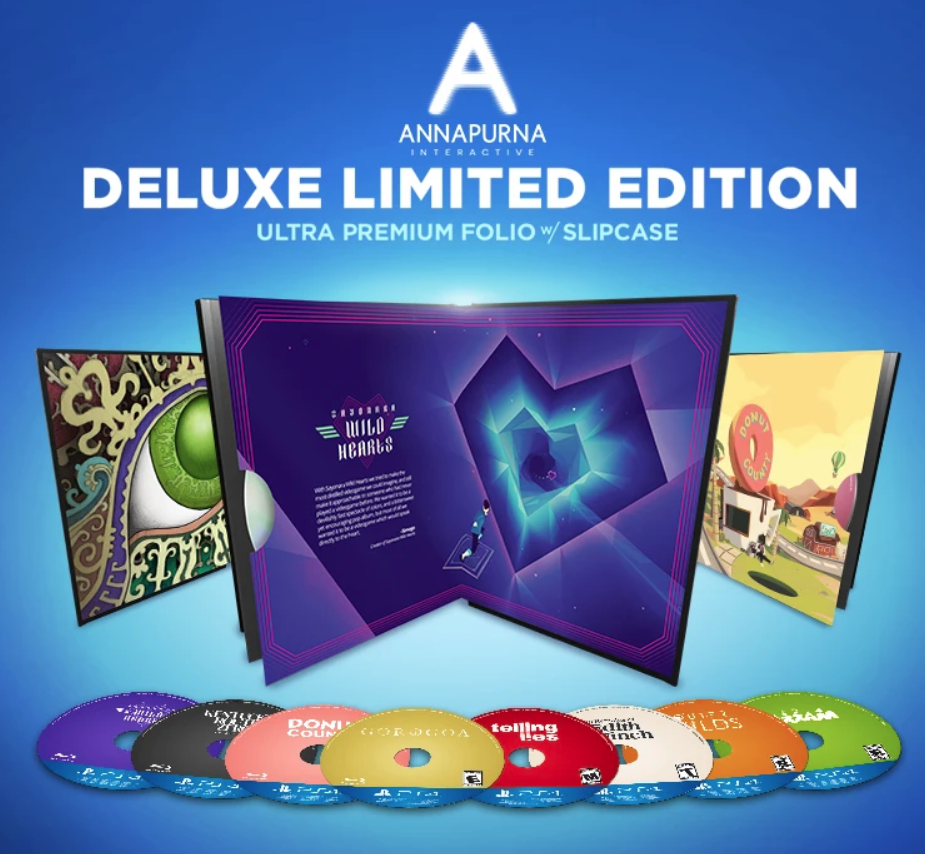 The new indie PS4 game collection comes in two flavors: The Annapurna Interactive Deluxe Limited Edition at $200 and exclusive to iam8bit (seen above) as well as the standard Annapurna Interactive Ultimate PS4 Collection at $179.99 (seen below). The latter of which features a sort of box set style with a standard PS4 game box for each title and the exclusive artwork for each.

The Deluxe version on the other hand trades the box set-style out for an arguably more high-end “custom-designed folio package.” This one is limited to 2,000 copies, contains physical copies of all eight titles as well as an exclusive foreword from Annapurna Interactive founder, Nathan Gary and statements from the creators of each game. 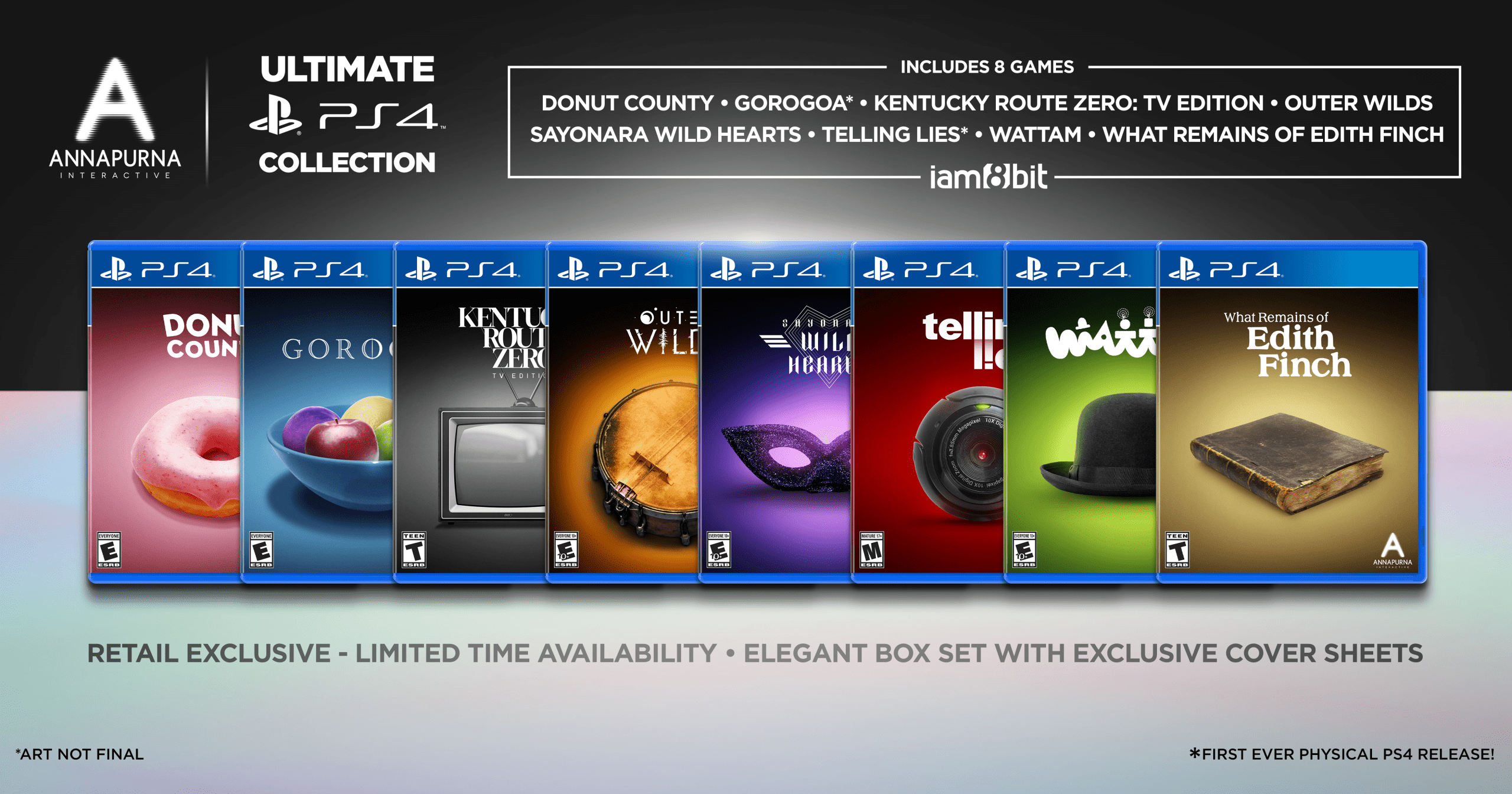 These epic new indie PS4 game collections are up for pre-order starting today. The Deluxe, iam8bit-exclusive version is now up for pre-order at $199.99 while the standard $179.99 should become available worldwide sometime today.

Indie games became more popular than ever across this generation, especially among console gamers. As we come to the end of the Xbox One/PS4 era, this particularly attractive-looking package makes for a great way to celebrate the emergence of smaller experiences and a real gem for Annapurna fans everywhere. Act fast on those pre-orders if you want to ensure you score the Deluxe version though.

Head over to our gaming hub for more news and announcements as well as big-time price drops on games, accessories, controllers, and much more.