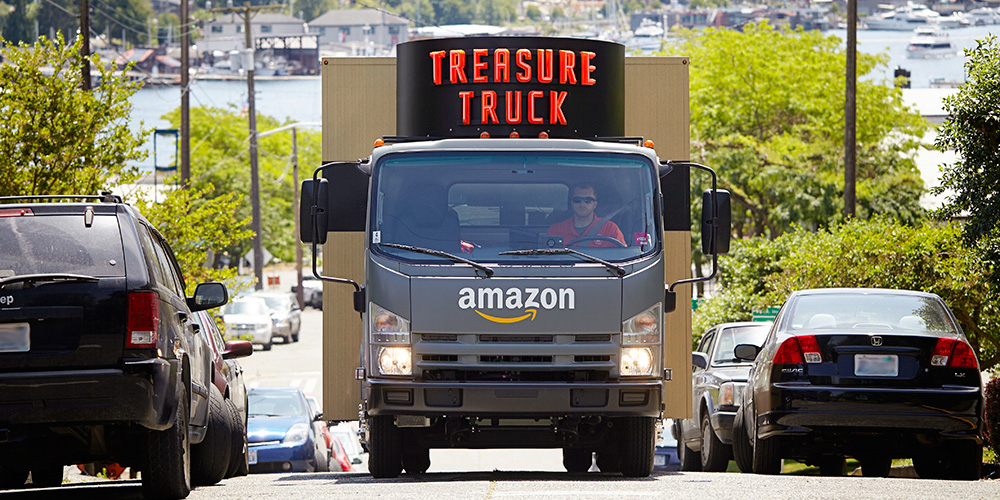 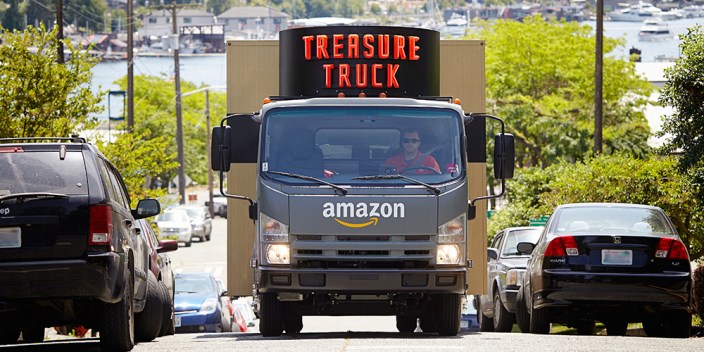 After a week of puzzling YouTube clips and tweets surrounding Seattle’s downtown, we have learned what the Treasure Truck is. Those in Amazon’s home city will be able to obtain special one-day deals on products, food and other items by following the status of the truck on the retailer’s mobile app.

Starting on Saturday, Amazon will be selling items out of the truck but you’ll have to find it first.

Standup paddleboards and fresh cut meat will be first on the docket from the Treasure Truck. Interested shoppers will need to track down the vehicle on the Amazon mobile app. Customers can make the purchase on their device or walk right up to the truck and pay. The app is integral with this new venture, as knowing where to pick up the goods is a key part of the Treasure Truck. There will be a new set of products each day, other items mentioned on the promotional site include bikes and candle holders. It’s unclear what Amazon’s plans for the Treasure Truck are at this time. If it has a positive response, we’d expect to see it roll out to similar cities like Portland or San Diego on the West Coast before moving East.