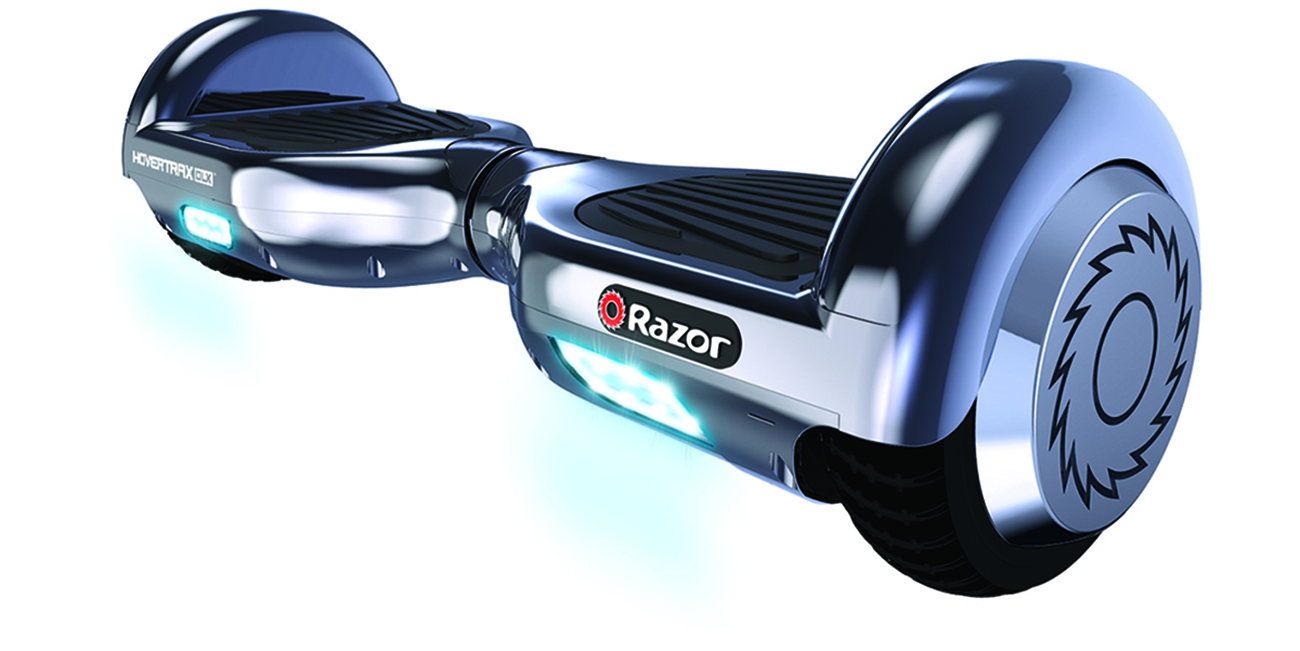 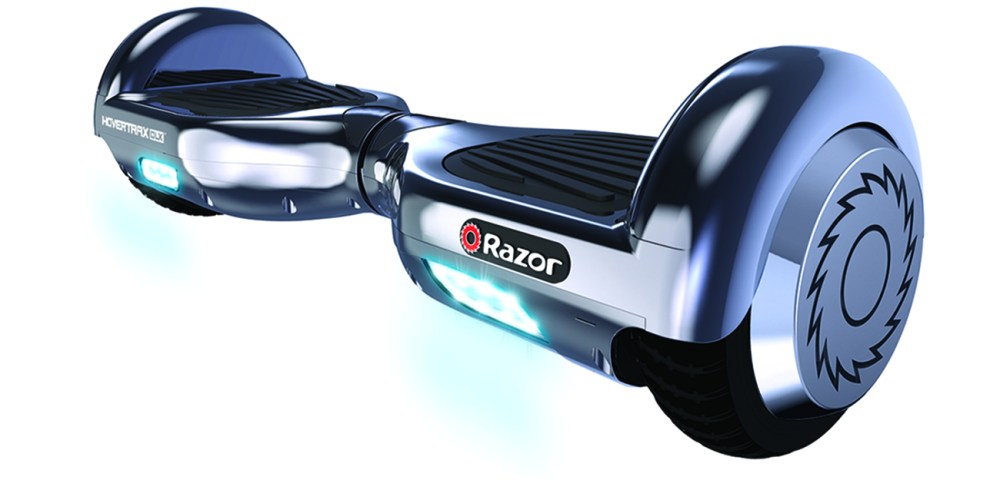 Perhaps you’ve seen these two-wheeled self-balancing vehicles that are landing on must-have lists this holiday season. They go by a few different names: smart board, hoverboard and even OXBOARD. No matter the title, these nifty slimmed down versions of Segways are taking the country by storm.

Razor has taken notice. The popular scooter manufacturer is entering this space of the consumer market with its Hovertrax Smart Scooter. Razor recently acquired the rights to this product and is racing to make it available in time for the holiday season. The product was first announced a few weeks back and now its availability has officially been detailed. We’re already beginning to see listings pop-up as retailers are expecting significant demand for this toy. More details below on Razor’s latest release.

We first told you about OXBOARD back in May, which retails for $1,000 here in the United States. Razor’s new Hovertrax comes in at $600 or $700, depending on the model, which fits in nicely between the low and high-end of this market. Hovertrax was first invented by Shane Chen, who partnered with Mark Cuban to bring the product to consumers. Since then, Razor acquired the rights with an eye on owning this space.

Razor uses the familiar two-wheeled design with individually moving platforms to carry riders. It has a built-in gyro-sensor to keep users balanced while performing basic movements: forward, backward and 360-degree spins. Much like other models on the market, changing direction is handled by altering the angle of the rider’s feet. Hovertrax leans on a “quick-charge” lithium battery pack to power each of the motors, providing up to “115 minutes of continuous use”.

There will be two models available: the basic Hovertrax will retail for $599.99 while the upgraded DLX with chrome finishes and blue LED lights will carry a $699.99 price tag. Listing are beginning to populate at retailers online, Walmart is currently quoting a December 16th shipment date while Amazon has yet to detail its release plans.

Perhaps you’re not quite ready for a hoverboard? We’re big fans of Razor’s highly-rated line of scooters, which can be had for as little as $23 over at Amazon.

Razor, the company behind the wildly popular Razor scooters, is at it again with a new, no hands, electric scooter called Razor Hovertrax™, hitting the market just in time for the holidays.

Razor only recently acquired the rights to the Hovertrax from inventor Shane Chen, whose U.S. Patent covers such two-wheel, self-balancing vehicles. Razor’s company Founder and President Carlton Calvin said demand for the product already is overwhelming. “This is going to be one of the hottest gifts of the season,” Calvin said. The Hovertrax will be available on-line this week at Walmart.com, Target.com, ToysRUs.com and Amazon.com, he said.

The Razor Hovertrax is a two-wheeled dual platform device that uses gyro-sensor technology to sweep riders along with a shift of their feet — forward, backward, around corners or in a 360 degree spin. Dual hub motors provide a super smooth, quiet ride for 115 minutes of fun. Knock-offs of the original Hovertrax are sometimes referred to as “hover boards” or “self-balancing scooters”.

The Hovertrax uses a quick-charge lithium ion battery pack to power dual hub motors with gyro sensor technology. It is controlled by the angle of the rider’s feet relative to the ground. The battery is rechargeable.

Razor has released two models, one of which will have an MSRP of $599.99 and one of $699.99. The higher performance Hovertrax DLX comes in a high-tech smoke chrome finish with blue LED lights.

As the only authorized product in the marketplace, the Hovertrax is backed by Razor’s reputation as the world’s largest manufacturer of electric scooters and its promise of complete customer satisfaction.

About Razor USA LLC Based in California, USA the Razor brand embodies the spirit of fun and freedom. The company was founded in 2000 with the introduction of its now legendary kick scooter, which quickly became an essential ride for anyone on the go. Today, Razor products are available worldwide, with a full range of wheeled goods to inspire and excite riders everywhere.http://www.razor.com.