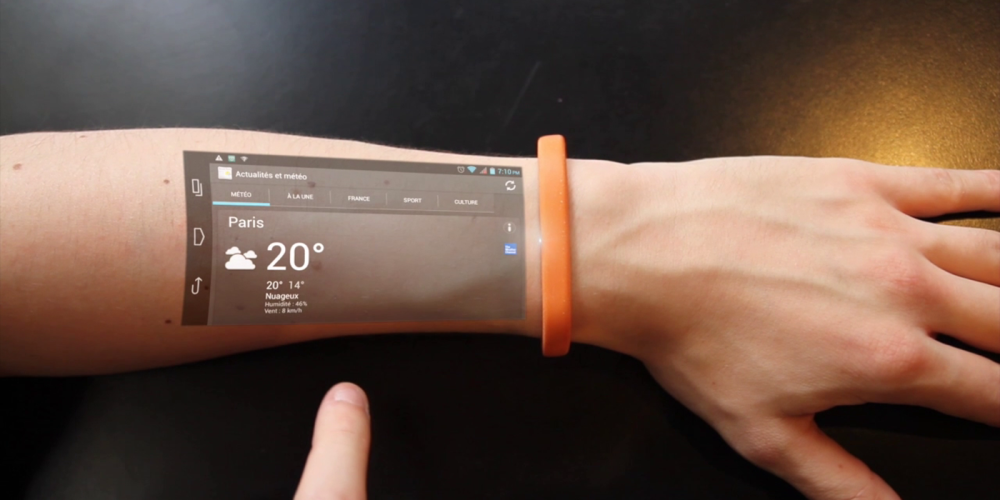 When Android Wear and Apple Watch launched, each device touted the ability to bring the functionality of a phone to your wrist. This has been executed with varying degrees of success. While I am able to check my notifications and carry out certain tasks on my Apple Watch, an iPhone it is not.

That’s where the Cicret Bracelet makes its entrance. This conceptual project from a band of former Apple, Dell, InFocus employees quite literally puts your device’s home screen on your wrist. With a fitness tracker-style band and micro projector, Cicret has an intriguing game plan. Head below to see it in action.

Originally detailed back in 2014, Cicret has been developed over the course of the last few years. Visually, it looks a lot like Jawbone’s UP24 fitness tracker. But instead of focusing on physical activity, this wristband brings full smartphone functionality to your arm. It’s all built around a tiny projector stashed inside the wristband. Aside from replicating your phone’s screen, it is also able to detect movements and inputs. The proximity sensor can track what is happening and relays commands to your device via Bluetooth.

So what does this all mean? Well, for one, it’s bound to be a more effective way to use your device than any of the other current options on the market. But that all hinges on Cicret’s ability to bring this product to fruition. One of my biggest complaints about the Apple Watch is how poorly the functionality of my phone has been replicated on the wearable. Aside from receiving notifications and tracking my daily exercise, there isn’t a lot of must-have functionality there. The ability to have full access to all of my apps and information would be a lust-worthy feature. 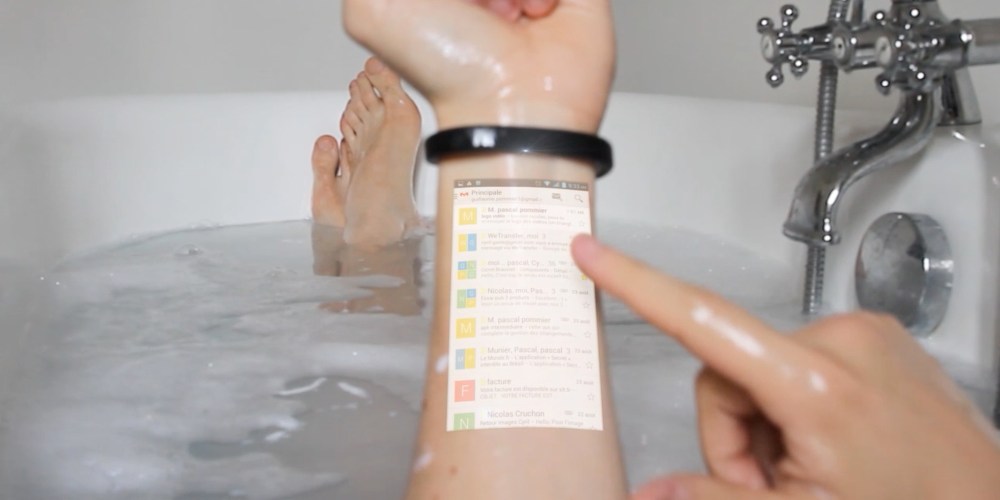 Although the concept was previously introduced a few years back, Cicret is currently in the midst of a crowdfunding project through its own website. It’s taking an interesting approach to raising money. There are a handful of different donation options, each of which knocks down the price of a Cicret pre-order later this year. For example, a $100 pledge today reduces the final price to $150 when the product is ready to be launched. It’s a unique to plan to skip Kickstarter or Indiegogo in favor of handling this process internally. Use appropriate judgement here if you were to be interested in funding this project.

The Cicret Bracelet is set to begin pre-orders with a retail price of $300 in the fall. Customers that donate by the end of the month can lock in a discounted price of $250. Cicret will initially be available in four different colors with a water-resistant casing.