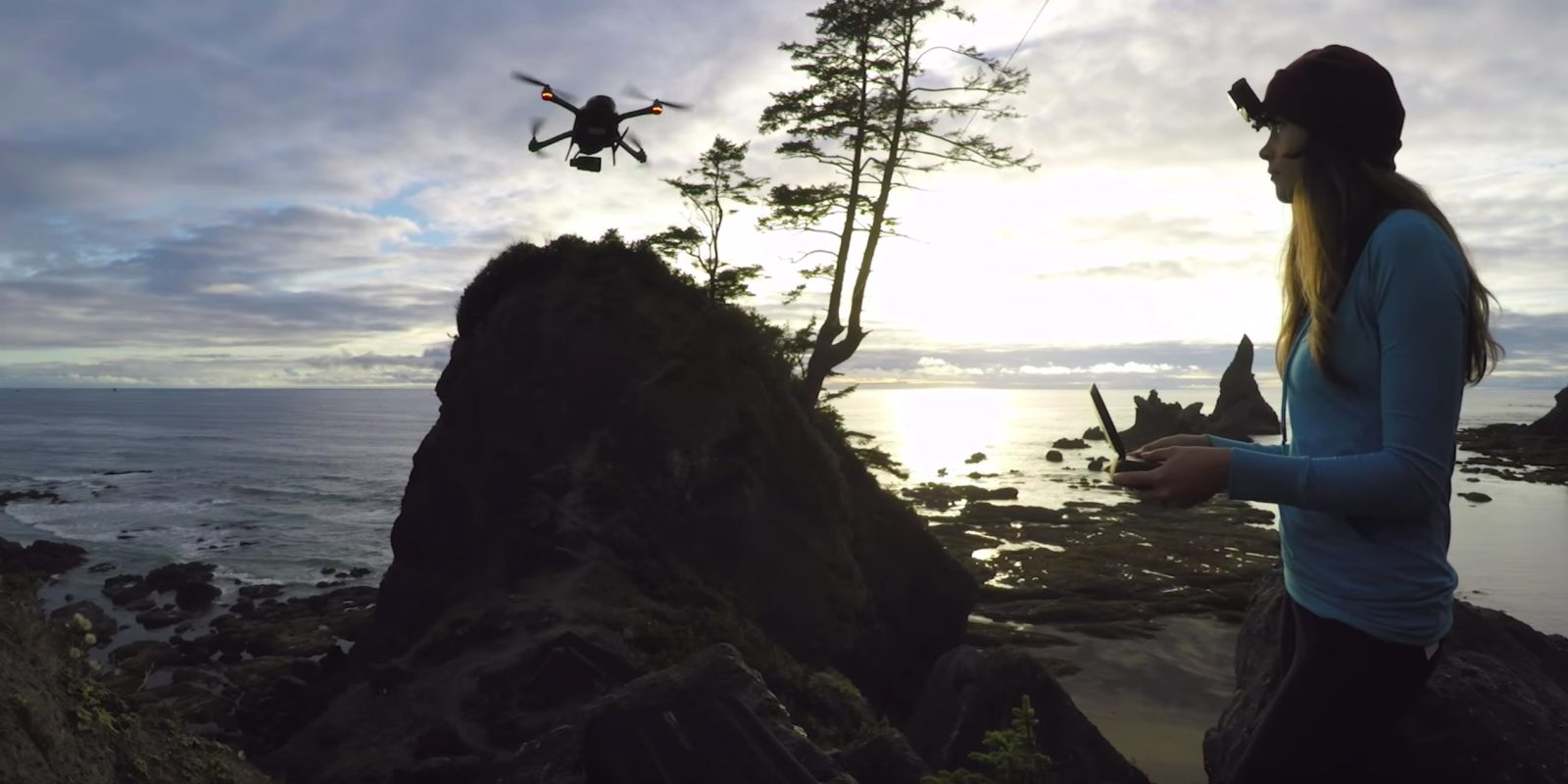 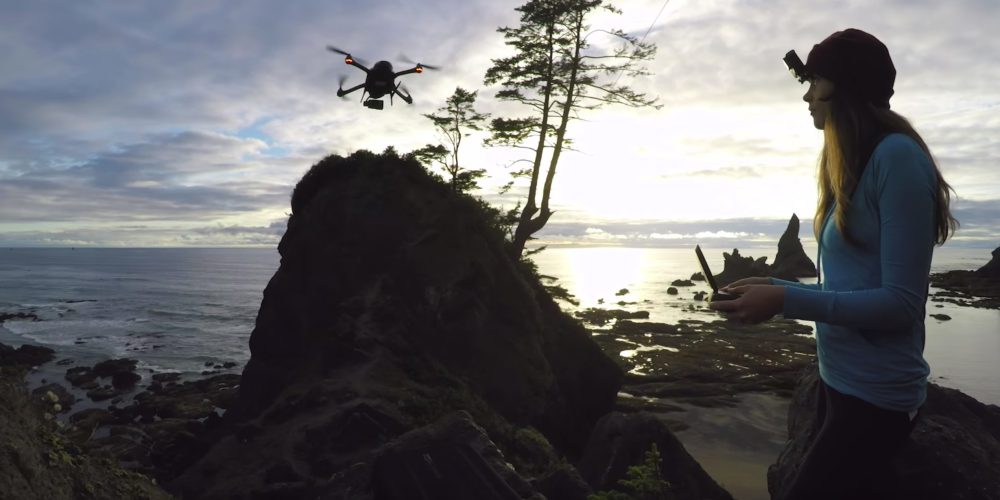 Today was a big one for GoPro. After months of speculation and teasers, the action camera brand took the wraps off its new Karma drone and the HERO5. In typical fashion, CEO and Founder Nick Woodman was on-stage for a loaded 30-minute presentation that covered next generation products for every one of GoPro’s categories. Full details below.

The Karma Drone was snuck on stage at the beginning of the presentation in Woodman’s backpack but was not revealed until the very end. It has a compact quadcopter design that folds up to fit in most backpacks. GoPro wants its new drone to be easy to carry and start up, an advantage over DJI’s tedious assembly process. Simply pop-out the wings and fire up the included remote control system and you’re ready to get started.

Perhaps the standout feature is the included 3-axis stabilizer system that can be removed from the drone and used as a handheld device. The ‘Grip’ is attached to the gimbal and can hold a HERO4 or 5 camera (more on that in a second). It also has a universal mount that can be used in tandem with the extensive library of GoPro accessories available on the market today. Woodman did not explicitly state if the stabilization system is waterproof or not, so that part is unclear at this time.

The touchscreen display is a part of the fold-up controller that includes access to all of Karma’s features. GoPro really differs from DJI in this area with a focus on simplification across the board. For example, the Phantom 4 requires users to provide their own smartphone or tablet. The Karma Drone is set to launch on October 23rd with a $800 price tag. Shoppers will have the option of bundling the new HERO5 for $1,099 or the updated Session for $999.

Today’s event also brought a new line of HERO action cameras. It’s been some time since GoPro refreshed its lineup as it has focused on streamlining its somewhat confusing inventory. The new HERO5 Black features three key upgrades from the previous generation: a two-inch touchscreen, voice control and native waterproofing to 33-feet. Additional features include built-in GPS and the ability to shoot 12MP images in RAW format. It also has a new optical image stabilization system that should cut down on movement while capturing footage. Videographers will notice that it still captures 4K at 30fps and 1080p at 120fps max. The HERO5 Black will be available on October 2nd for $399.

We also caught a glimpse of the new HERO5 Session. After the original camera was released with limited success, it was unclear if GoPro would go down this road again. The tiny cube returns with 4K video at 30fps and 10 megapixel stills. It also has waterproofing and offers voice commands, too. GoPro will be shipping the new Session on October 2nd with a list price of $299.

Finally, a new GoPro cloud-connected service was announced today for its two newest cameras. The $5/month subscription plan will enable automatic uploading of footage over Wi-Fi, which can be accessed via the smartphone app or a computer. It will be available in the United States in October.

This event brings GoPro up to speed with its main competitors as DJI in particular has had a big year with its new Phantom 4 drone and OSMO+ cameras. As we noted above, a different approach in both design and price will make today’s announcement instantly competitive as we head into the holiday season. The $1,099 bundle that includes the new Karma and HERO5 camera is an aggressive move towards shifting content creators solely to the GoPro platform while loyalists are bound to jump on today’s news.