Assassin’s Creed Identity for iPhone and iPad has dropped to $1 (Reg. $5) 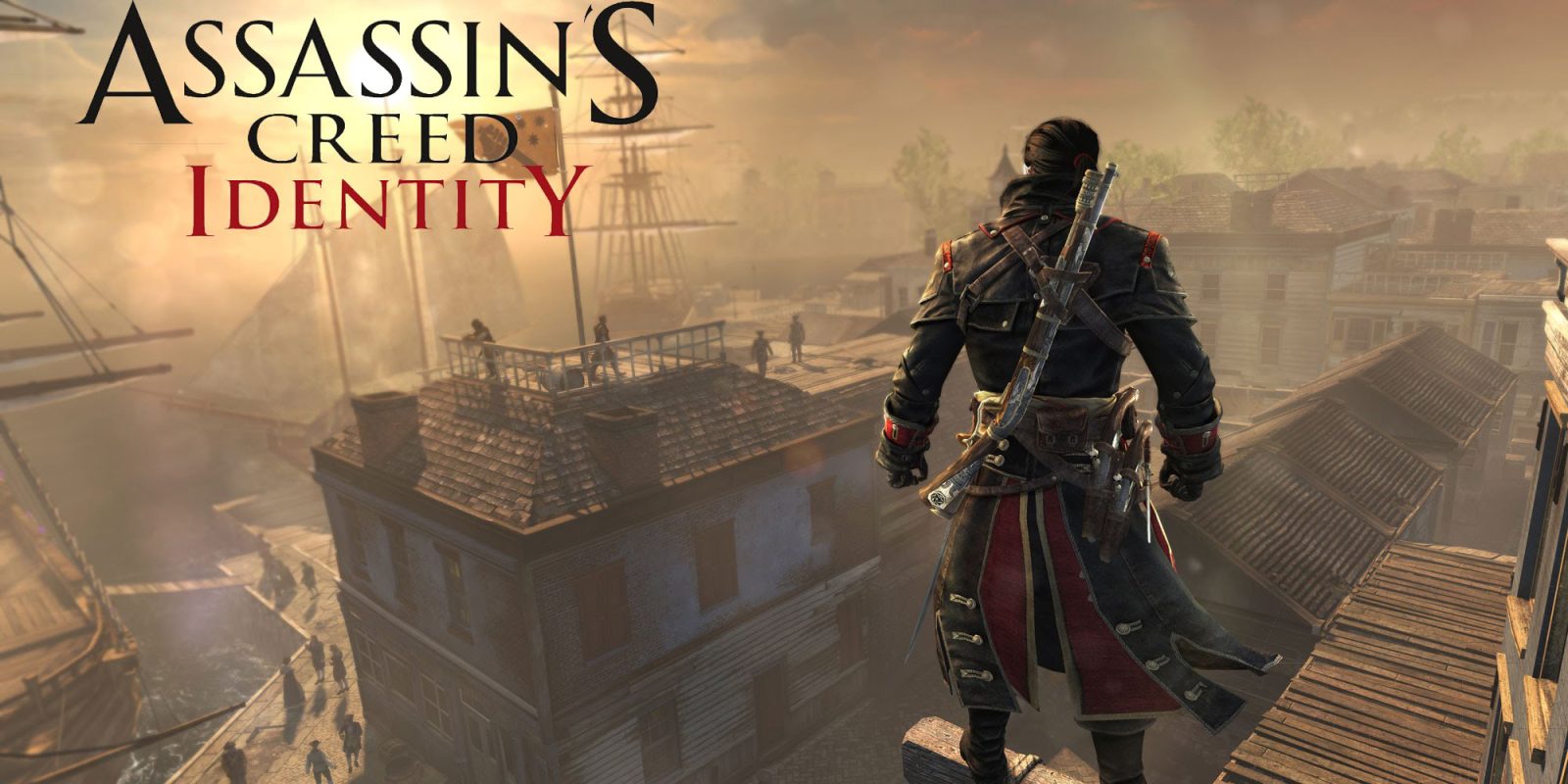 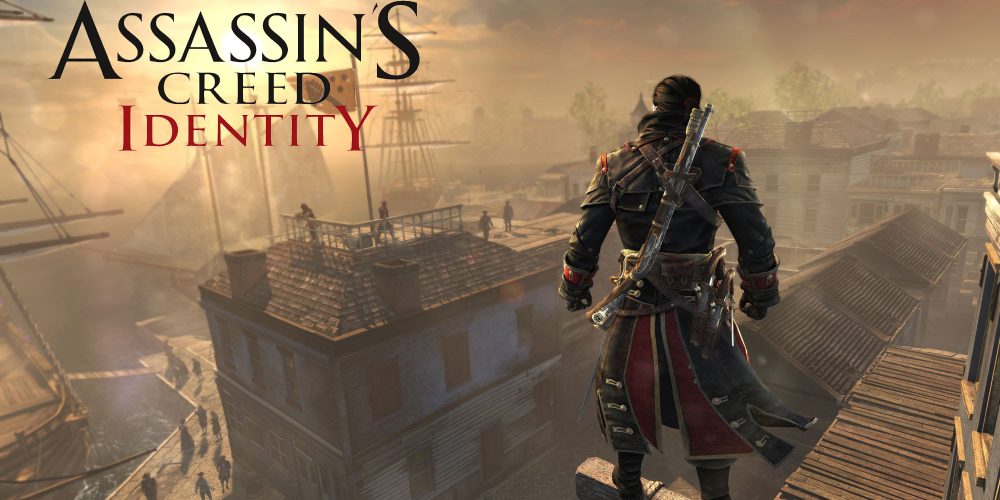 Assassin’s Creed Identity for iPhone and iPad has dropped to $1 on the App Store for just the second time ever. We’ve never seen it available for less. In fact, it usually sells for $5. Rated 4/5 stars by over 3,200 App Store gamers. More details below.

Of course, you’ll find more games and apps deals in our daily round up.

Play now the first ACTION RPG game of the acclaimed ASSASSIN’S CREED Franchise. Explore the ITALIAN RENAISSANCE through the eyes of your OWN ASSASSIN, complete dozens of missions and unravel the epic mystery of The Crows.

WHAT THEY SAID ABOUT US: • “the graphics look spectacular” cnet.com • “a proper bonafide Assassin’s Creed game” pocketgamer • “gorgeous graphics” phonearena.com

CREATE, EVOLVE AND CUSTOMIZE YOUR ASSASSIN! – Pick a CLASS: Choose between Berserker, Shadow Blade, Trickster and Thief – CUSTOMIZE your Assassins: Use loot, choose your outfits and weapons like epic swords and the iconic hidden blade. – Make your Assassin EVOLVE from NOVICE to MASTER!

TONS OF MISSIONS AND POSSIBILITIES! – Experience the FREEDOM OF MOVEMENT: Run, jump, climb and feel the thrill of the leap of faith on your mobile screen! – Achieve an infinity of QUESTS, unlock new locations and hundreds of items. – PLAY HOW YOU WANT TO with simple tap-to-move, dual virtual stick controls or with a gamepad.

THE TECHNICAL EXCELLENCE OF THE ASSASSIN’S CREED GAMES! – The Unity game engine brings STUNNING GRAPHICS through amazing custom-made HD textures, shaders, and models to your screen. – Every place you visit in the ITALIAN RENAISSANCE will be an open map for you to explore: Santa Croce Area in Firenze, the Colosseum area in Roma etc. 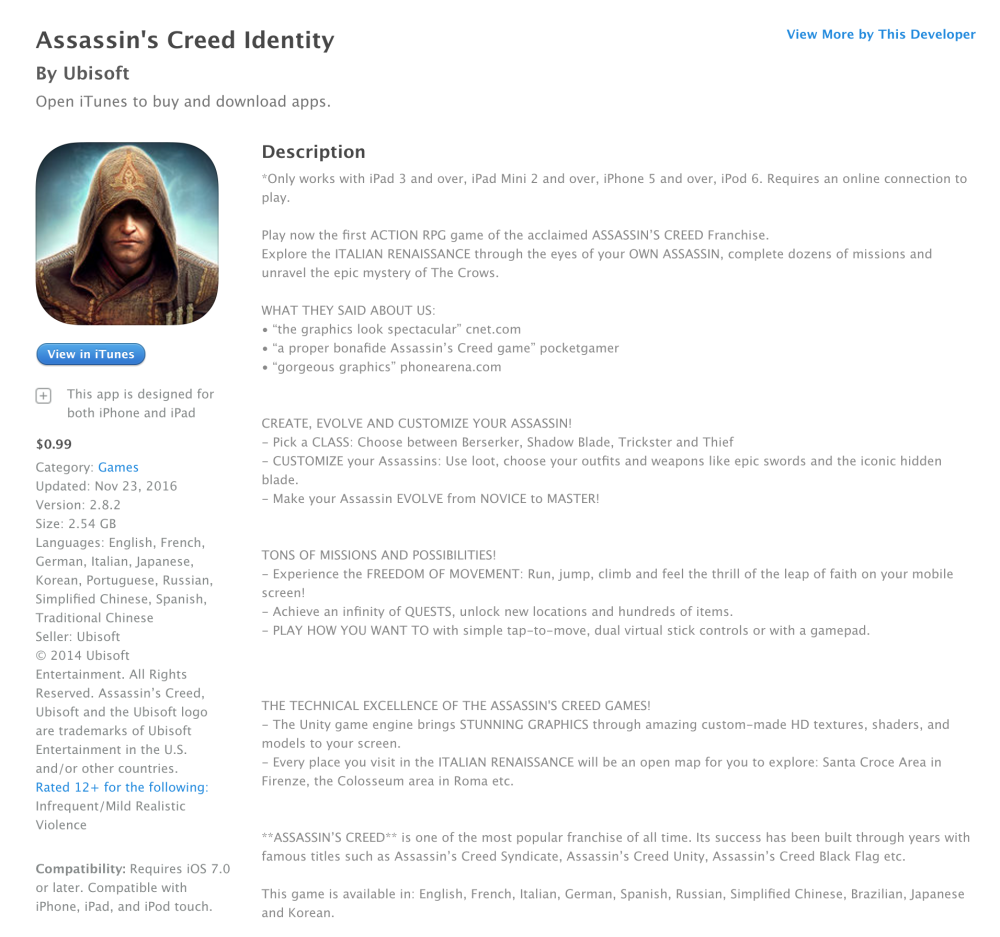