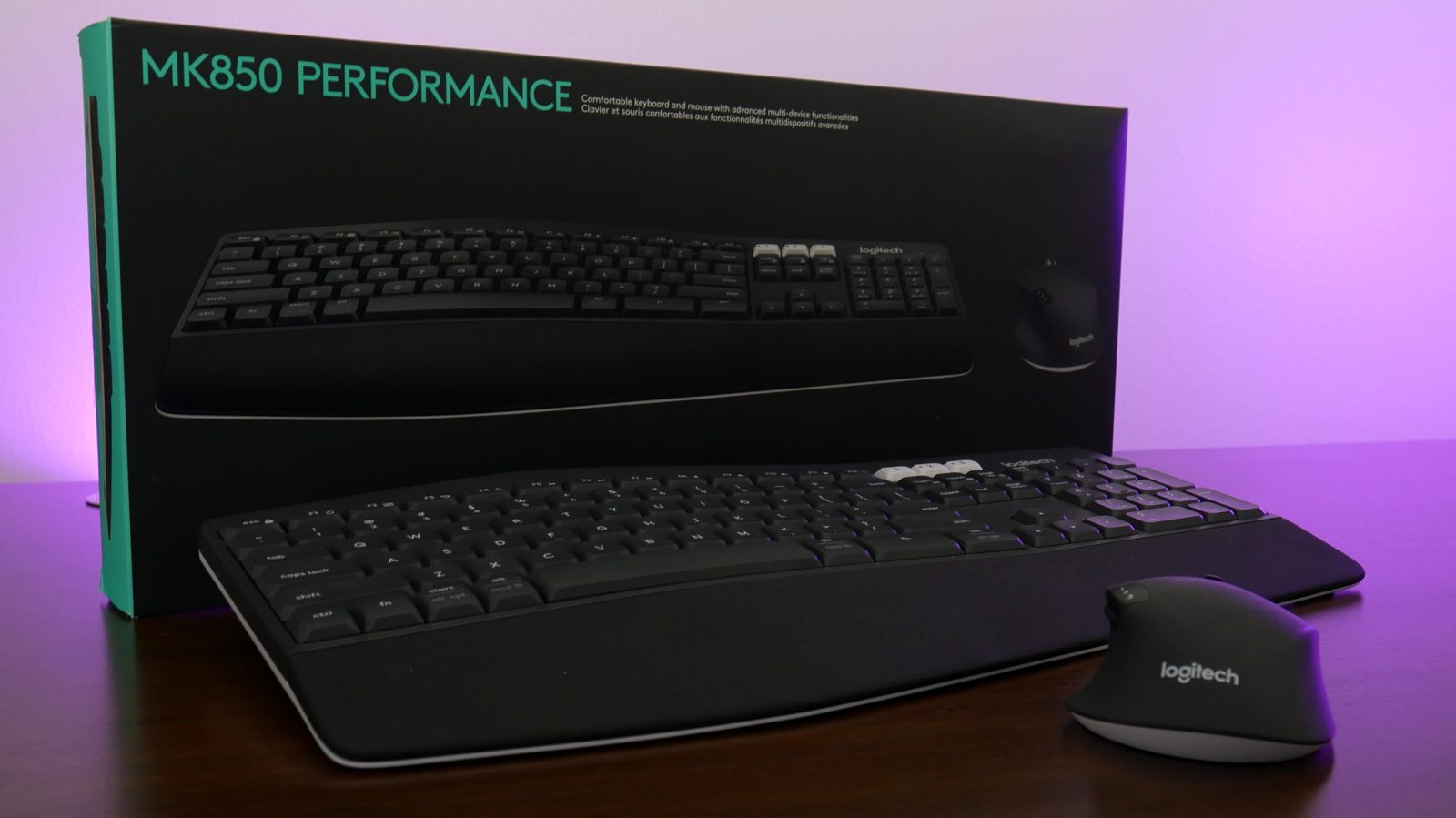 At the end of March, Logitech announced its new MK850 Wireless Multi-Device Keyboard and Mouse. Designed for Apple users at heart (but compatible with PC and Chrome OS, as well), Logitech hoped to strike a chord with those working on a Mac one minute and iPad the next. We’ve long praised its lineup of multi-device keyboards as some of the best options on the market in terms of price and quality. Head below to find out how the MK850 stands up in comparison.

Right out of the box you can tell that this keyboard and mouse has the familiar design cues that we’ve come to expect from Logitech. Priced at $100, the MK850 is a unique bundle that blends value and quality. Logitech has made a concerted effort to not price itself out of reach for most consumers at this MSRP.

Overall, the build quality feels spot on for the price. These aren’t the high-end devices in Logitech’s lineup but are far from budget-focused. I’ll dive into this topic a bit deeper momentarily. It’s worth noting that my daily drivers are Das Keyboards Professional 4 Mechanical Keyboard and the popular Logitech MX Master, to give a bit of comparison. Both of those products are high-end accessories with a combined retail price tag of somewhere around $250. Additionally, I’ve long used Logitech’s K811 Bluetooth Easy-Switch Keyboard with my iPad and MacBook. 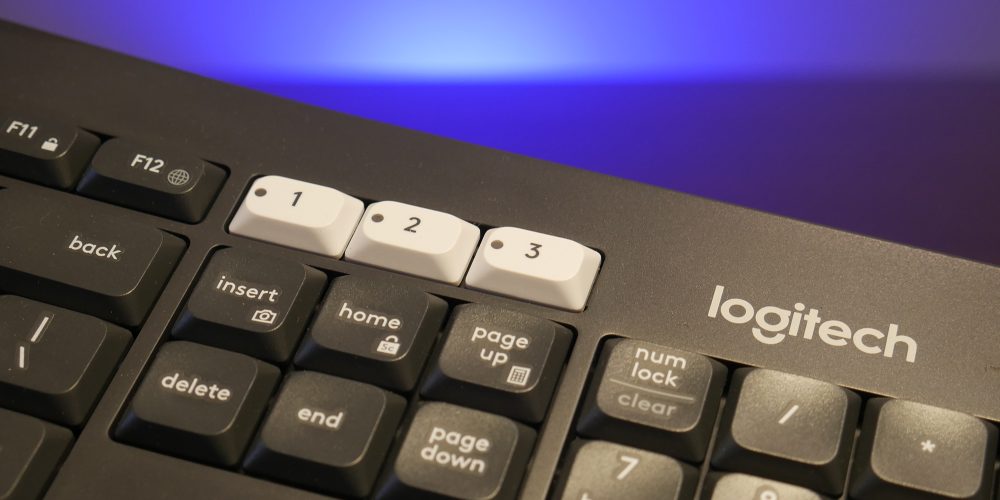 Logitech includes its Unifying USB receiver for those that prefer to skip out on Bluetooth connectivity. Both devices work in tandem or separately with either wireless platform. I personally opt for the USB dongle in my setup given the steady flow of Bluetooth-enabled devices that come across my desk.

Coming from a mechanical keyboard and Apple’s butterfly mechanism on the new MacBook Pro, I was immediately drawn to the unique feel of this input device. The keys are responsive overall but lack tactile feedback you expect from comparable products on the market today. It simply takes some time to get used to the lack of clickity-clack, which I know some users despise.

Logitech has opted for a slim design here, with the option to raise the keys to varying heights with built-in legs underneath. There is an oversized palm rest with built-in cushions that are nice for extending typing sessions. Naturally, the inclusion of a number keypad is a nice addition for a traditionalist like myself. This is one of the few multi-device keyboards on the market to include this feature. 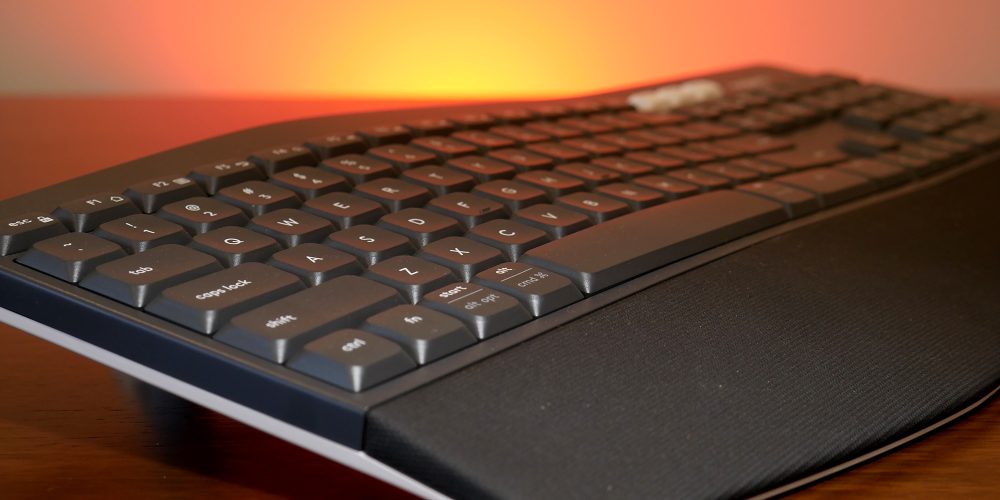 The MK850 is compatible with a wide range of platforms, as I stated above. There are designated Mac and Windows keys, with media controls as well across the function row. Logitech has done an excellent job of ensuring that just about every platform is covered here. Device controls are located in the top right hand corner at the end of the function keys with small lights denoting which is currently in-use.

Overall, I’d rate Logitech’s MK850 Keyboard as above average. Its blend of features and build quality put it above many of the brand’s lower level budget options. The keys are responsive, although not quite at mechanical-quality from brands like Das.

When it came time to go hands-on, I was far more curious about the design and functionality of Logitech’s bundled mouse. It’s essentially a watered down version of the MX Master that I’m used to using daily. The main differences are few, but noticeable off right off the bat. Weight and responsiveness are two of the biggest deviations I noticed when comparing the two. 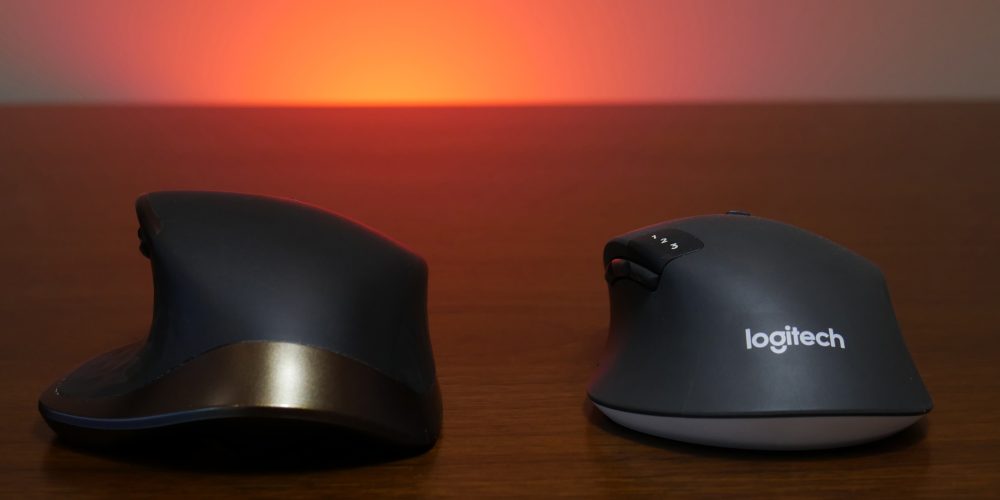 The MK850 has two customizable function buttons on the side when partnered with the Logitech Options software suite. These can be assigned to a variety of tasks, from opening an app to Exposé on a Mac. As well, it features the adaptive scrolling wheel that so many of us love about Logitech branded mice. Instead of the button just below serving as an assignable function, it changes the wheel back and forth from hyper scrolling to the more measured clicking rotation.

It also doesn’t offer near the same ergonomics as the MX Master, but is still far more comfortable than Apple’s Magic Mouse, for example. Overall, it’s a very comfortable mouse for long-term use and the added functionality of assignable buttons is a welcome feature.

The MK850 Performance bundle fits in well with Logitech’s ever-expanding lineup of input devices. If you’re looking to upgrade from your PC’s included accessories, this is an excellent route to go without breaking the bank. Buying some of Logitech’s higher-end keyboards and mice with greater functionality would come in far higher than the $100 price tag here. It’s a solid blend of features and affordability that we are sure will be popular with students and casual users.

You can purchase the Logitech MK850 at most online retailers, including Amazon, Best Buy and direct from the manufacturer.