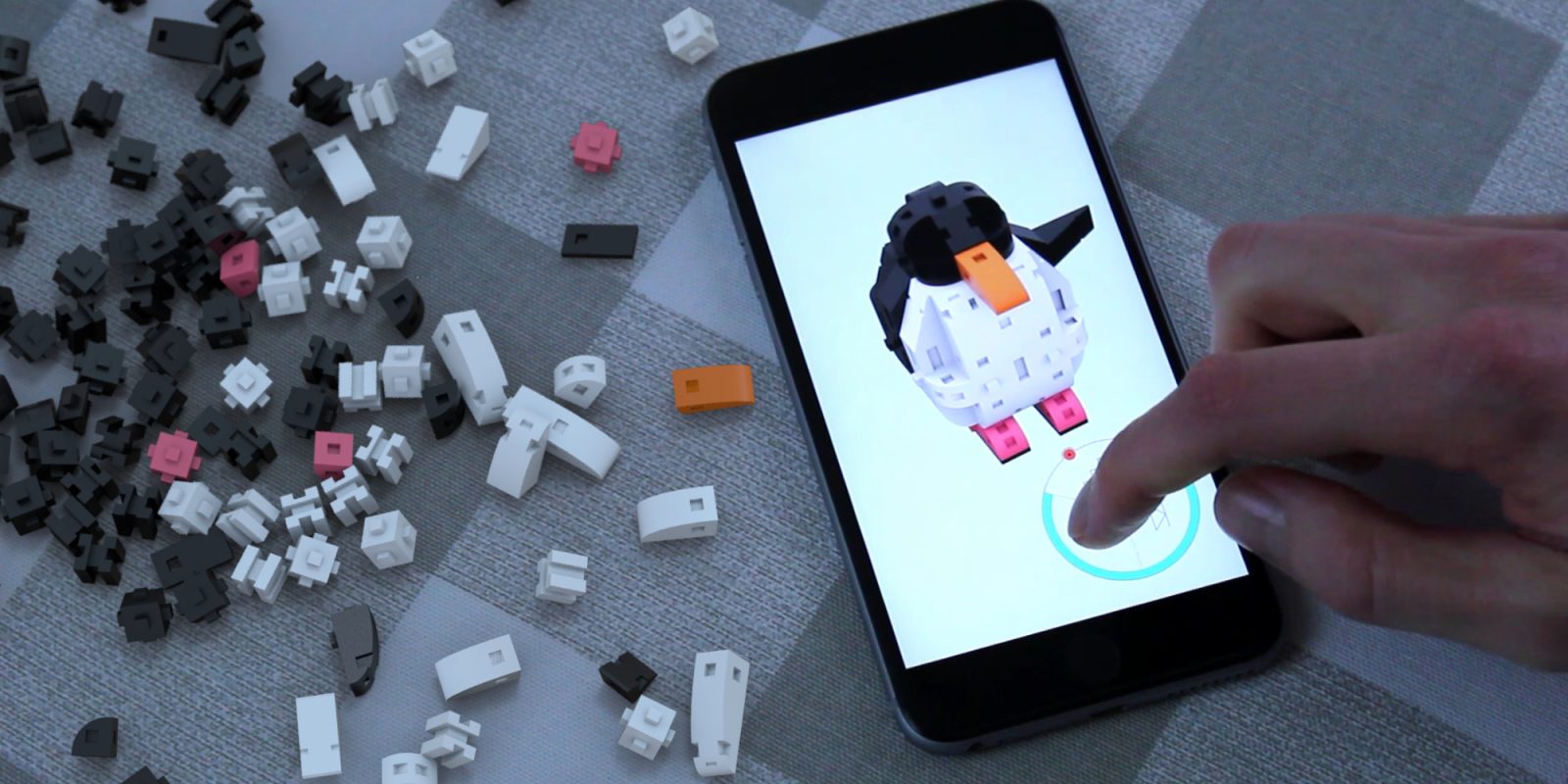 Regardless of what age you are, the chances are pretty strong that you’re at least fond of LEGO. But that doesn’t mean that it’s the best toy to adorn your desk with. The larger models are definitely awesome, but a 2,000 piece kit takes up way too much space. Smaller kits on the other hand, may lack the desired detail or visual appeal. Today, Kible assembles its Kickstarter campaign to introduce one of the first fully 3D building system.

Resulting from the desire to allow users to digitally create and then physically build their own custom designs, Kible comes from the mind of Jason Brain, a certified LEGO Master Builder. Donning such a title is a pretty big deal in the LEGO realm, so it isn’t something that should be taken lightly. It effectively means that Jason has tons of first-hand experience under his belt, which he’s probably put to good use re-imagining modular building kits.

But what is it that sets Kible apart from traditional building kits, or even recently unveiled ones? For starters, Kible was created with the ubiquity of smartphones and tablets in mind, so at its core, the building system was designed to benefit from this. Ditching LEGO’s oldschool paper book approach to instructions, Kible utilizes our screens for both content creation as well as guiding one during assembl 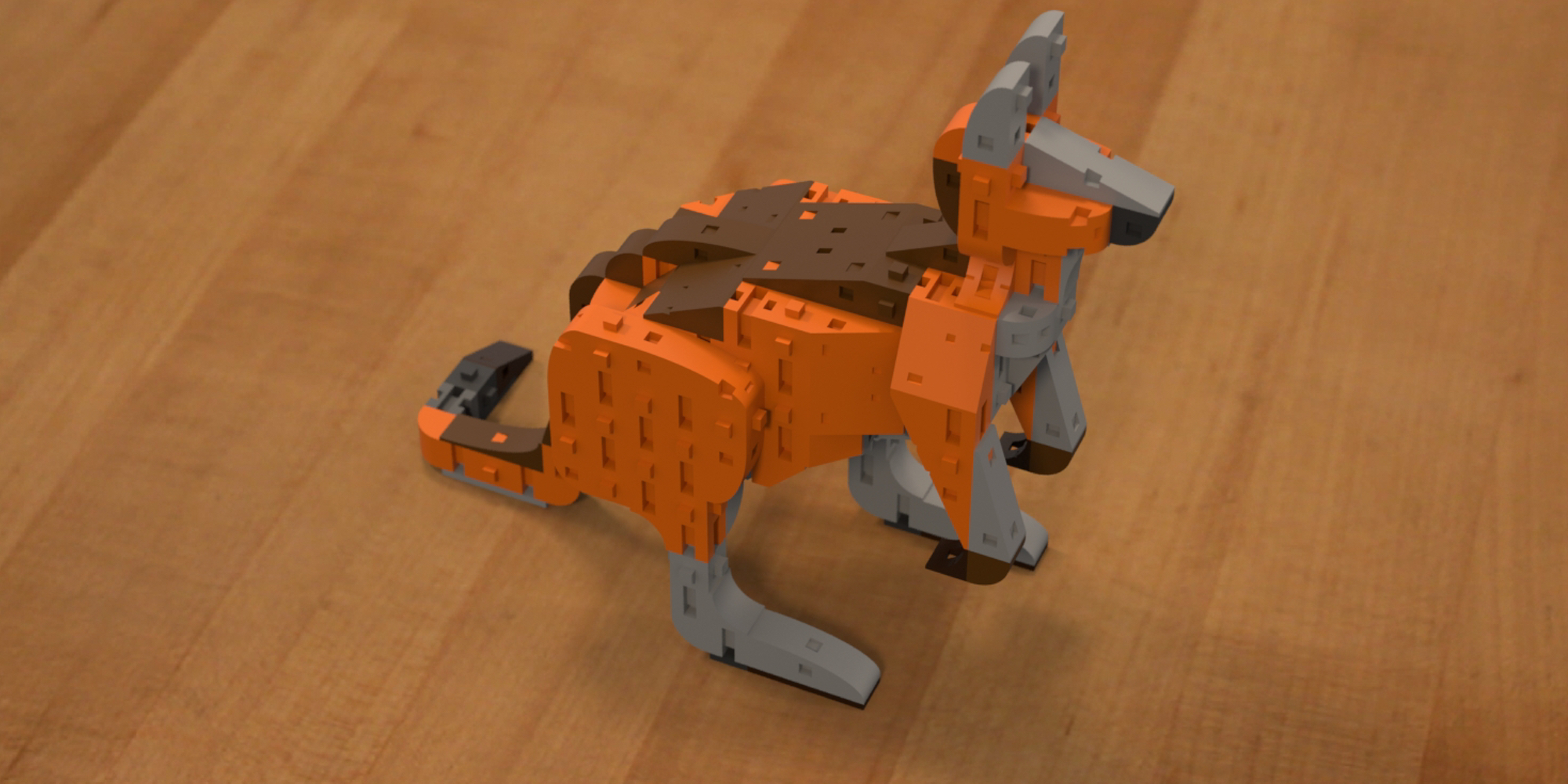 The Kible elements themselves stand out from other building kits as well, which are referred to as an omnidirectional snapping block system by Jason himself. You’ll still find the standard assortment of blocks, slopes and brackets, but each Kible element sports more connections than what you may be familiar with. This 3D style of building allows for more complex builds, but more overall creation possibilities.

The intersection of these two new aspects with Kible is what really allows it to shine though. With conventional kits like LEGO, you go to the store and pick out which set you’d like to build. Some offer three different builds in one, but for the most part you’re limited to what kits and objects actually are available. That means that if you don’t care for what the store offers, you’re most likely out of luck.

Things are much different with Kible. With the companion iOS and Android app, you design what you’d like to build. Into Kangaroos? Build yourself the coolest Kangaroo. Looking for something a little edgier? Adorn your desk with a punk-looking skull.

But lets say you aren’t the most creative person, well you’re in luck too. You can browse a catalog of others’ creations to find the perfect set. Once you know what you want to build, you simply order the kit, and Kible will ship you the pieces you need. While this isn’t a new concept, it does seem to be a service which Kible will be executing better than the competition. LEGO does have a similar software available, but from my experience its clunky, outdated and there’s no way it could run on a smartphone.

Kible just launched on Kickstarter, and is in need of $80,000 to fully fund its campaign. There are a variety of backing options, so whether you’re simply curious to try out the building kits, or if you’re ready to go all-in, there’s something for you. Regardless, all backers will receive early access to the companion smartphone app, so you’ll get a head-start designing your custom creations.

Backing options start at $10, which will earn you 25 blocks. If you’re feeling more ambitious, rewards climb up to $10,000, netting you a monstrous 100,000 blocks. As of now, Kible is estimating that it’ll be shipping its new building kits to backers come November, that is, if all goes well during the campaign and beyond.

If Kible has you excited and filled with the need to build something, but are too anxious to wait a few months, then we’ve got just the fix for you. LEGO’s line of Architecture sets are a great combination of small, yet detailed builds and are perfect for displaying on your desk. The Buckingham Palace kit is my personal favorite, but you can’t go wrong with the Louvre or New York City Skyline. For more, make sure to checkout our current LEGO deals.