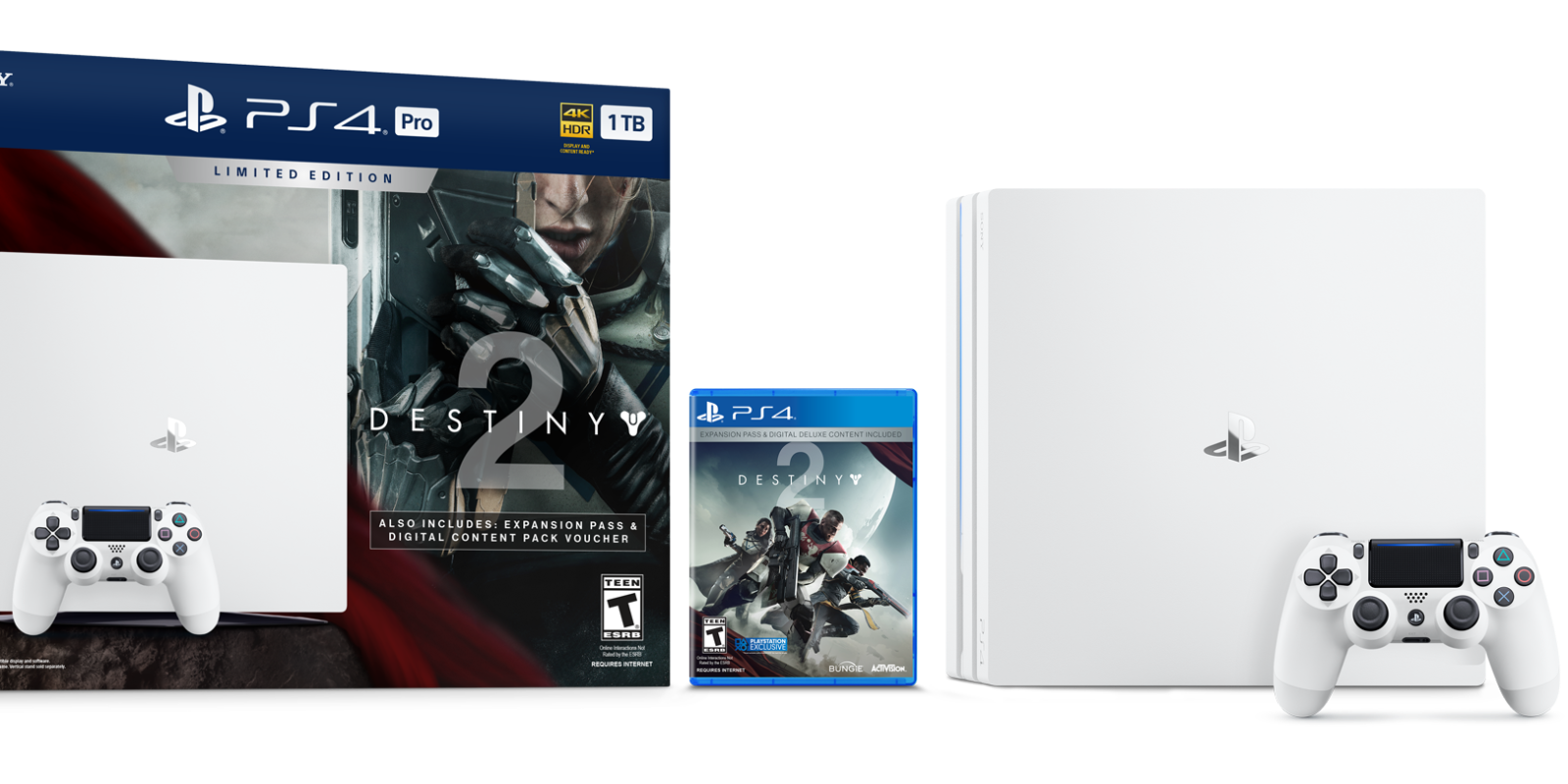 With the launch of what appears to be the more powerful Xbox One X 4K console scheduled for release this fall, Sony’s high-end PS4 Pro will finally be getting some direct competition. When Microsoft hit the stage at E3 this year, it started with a bang. The new Xbox One X sports some serious horsepower and Sony is going to have to get strategic if it wants to keep its HDR supremacy come holiday season. Many are expecting Sony to get busy with PS4 Pro whether it’s a price drop or some kind of intersting promotion come November when Xbox One X hits store shelves, and it looks as though that is already starting.

While we are yet to see any kind of official price drop, Sony took to its PlayStation blog today to announce the brand new Limited Edition PlayStation 4 Pro Destiny 2 bundle. The MMO-like RPG shooter already aligns itself with Sony offering a series of exclusive content to PS gamers, and now it is giving fans of the series a high-end console bundle alongside the release of the sequel in September.

Now, if you’re anything like me, the term limited edition bundle usually indicates a completely unique design to the console itself, but that doesn’t appear to be the case here. The package includes a copy of Destiny 2, the Glacier White PS4 Pro with a 1TB HDD inside and the matching white DualShock 4 wireless controller. But either way, it looks pretty sweet to me.

On top of that, anyone who purchases this bundle will receive a voucher for some digital content including the Expansion Pass and other goodies.

It sounds as though the bonus content is in addition to the PS4 exclusive Destiny 2 content all Sony gamers will be privy to. That includes a competitive multiplayer map, a three person co-op Strike mission, a brand new ship, something being referred to as a “specialized” gear set and an “exotic” exclusive weapon.

The Limited Edition PlayStation 4 Pro Destiny 2 bundle will release on September 6th alongside Destiny 2 for $449.99. That’s essentially like buying a PS4 Pro at full price and getting the game for $50, on day one. In fact, it is already up for pre-order on Amazon. if you’re looking to jump in with the PS4 Pro and don’t wan to wait around for deals to pop on both the console and the game, this limited edition set is a solid bet.

And for those interested, the Destiny 2 Early Access Beta starts on July 18th with the Full Open Beta kicking off a few days later on July 21st. You can get more details on that right here.

As usual, you’ll find all the best game deals across all platforms over in our Games/Apps Guide. You don’t want to miss these deals on Sony Network and Nintendo e-Shop gift cards either.