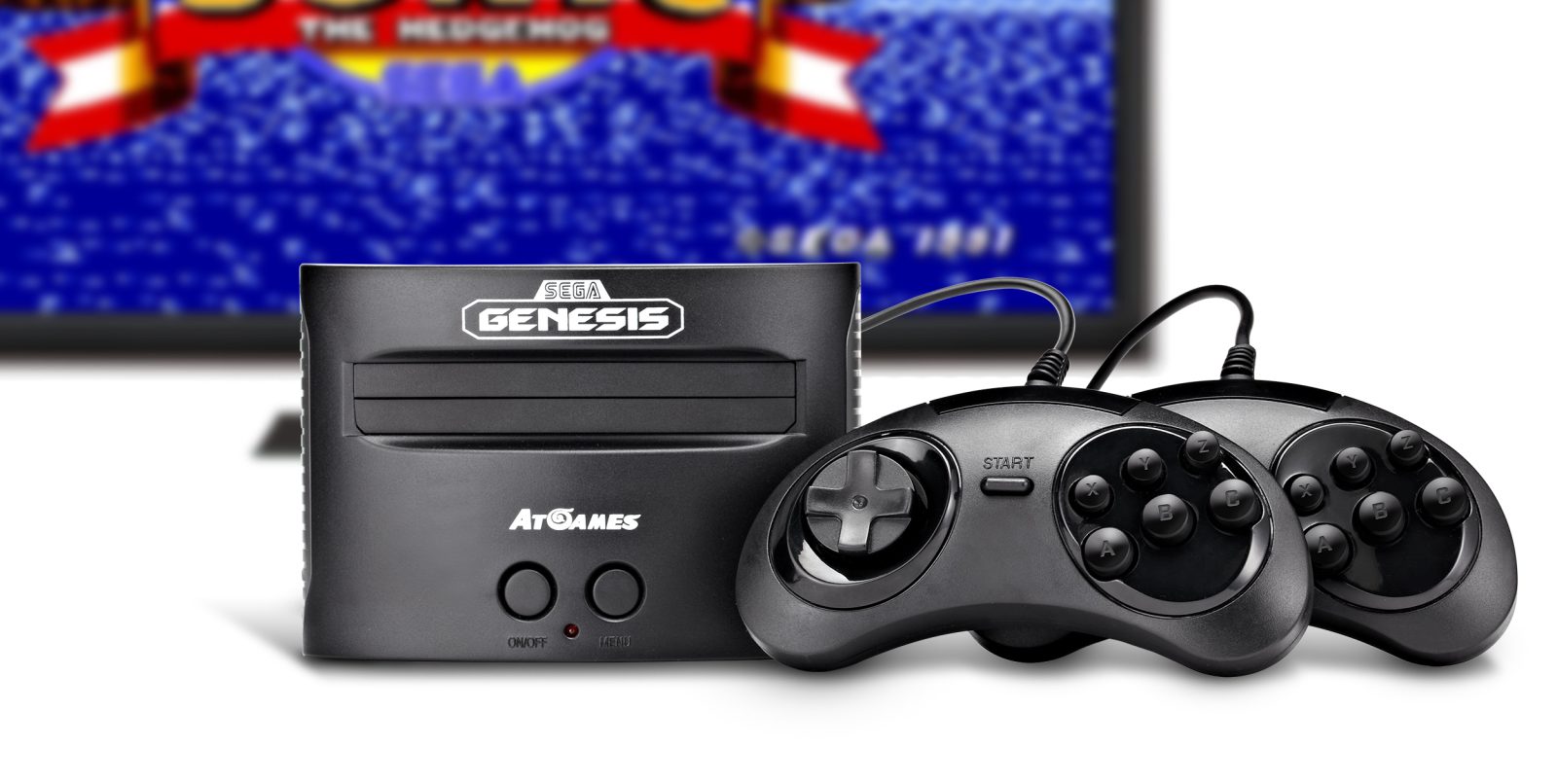 ATGames is known for its vintage consoles that come filled with many of our favorites from the Atari, Nintendo and Sega eras. In fact, many of its machines not only come packed with titles built-in, but some of them can even play those old cartridges in the attic once you dust them off. Despite not being nearly as sought after as the official NES and upcoming SNES Classic Editions from Nintendo itself, the ATGames machines offer significantly more value in terms of actual software and features in many ways.

The company is set to drop new premium versions of its Atari and Sega Genesis Flashback consoles this fall, along with value-priced editions and portables. Today we have more details on each, pricing and pre-order information…

The new products are headlined by the HD Atari Flashback 8 Gold and the Sega Genesis Flashback consoles which will both retail for $80. But we will also be seeing stripped down versions of both for more casual players and some portable handhelds with the option to connect them to the big screen. Pre-orders for the two new flagships will start on July 28th, but there doesn’t appear to be details on when the other machines will go up for sale.

The 720p Atari Flashback 8 Gold comes with 120 built-in games including Pitfall!, Taito’s Space Invaders, Kaboom!, River Raid, Centipede, Millipede and many more. While you will be able to plug-in your old Atari joysticks or paddles, the system comes with a pair of 2.4GHz wireless controllers designed after the originals. You can also expect HDMI output, scan line filtering, and all-new save, pause and rewind features for every game. 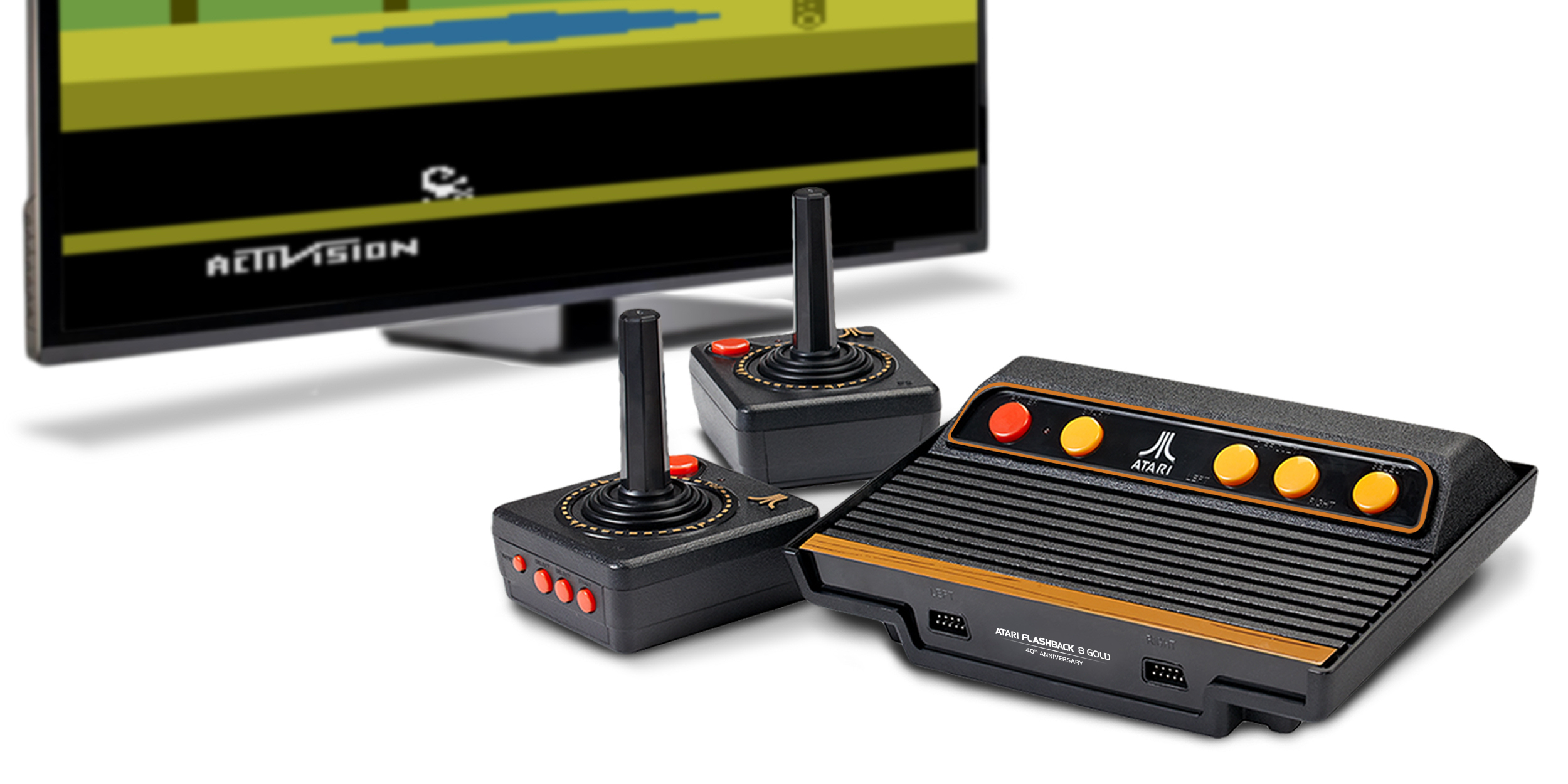 The Classic is essentially a less expensive, stripped down version of the Gold model seen above. It has two wired controllers, comes with 105 games and does not appear to have an HD output.

The Atari Flashback Portable Game Player has a “high resolution” 2.8-inch display with an optional “TV output”, a built-in rechargeable battery and a selection of 70 games. You can expect classics like PAC-MAC, Dig Dug, Pitfall! and Frogger, but you’ll also be able to load new titles on to the machine using its SD card slot.

Much like the Atari Gold, the Sega Genesis Flashback comes with two wireless controllers, the ability to hook-up other gamepads, a 720p resolution and the new pause/rewind function. Along with the 85 built-in games, which include most of the platform’s biggest franchises like Sonic, Mortal Kombat, Phantasy Star and Shining Force, it can also play your old Sega Genesis and Mega Drive cartridges.

The Classic Sega model has the same limitations as the Atari counterpart and includes 81-built-in games with two wired controllers.

And lastly, we have the Sega Ultimate Portable, which once again is basically the Sega version of the aforementioned Atari portable. It ships with 85 built-in 16-bit Sega Genesis and Mega Drive classics including PAC-PANIC, Splatterhouse 2 and the Phantasy Star RPGs, along with an SD card slot to bring more content with you on-the-go.

And in the meantime, here are the best ways to play classic Nintendo, Sega & Atari games on your big screen, starting at under $20. You’ll also definitely want to check out the new official Ataribox console.